The umami-rich science of nutritional yeast, Marmite and Vegemite 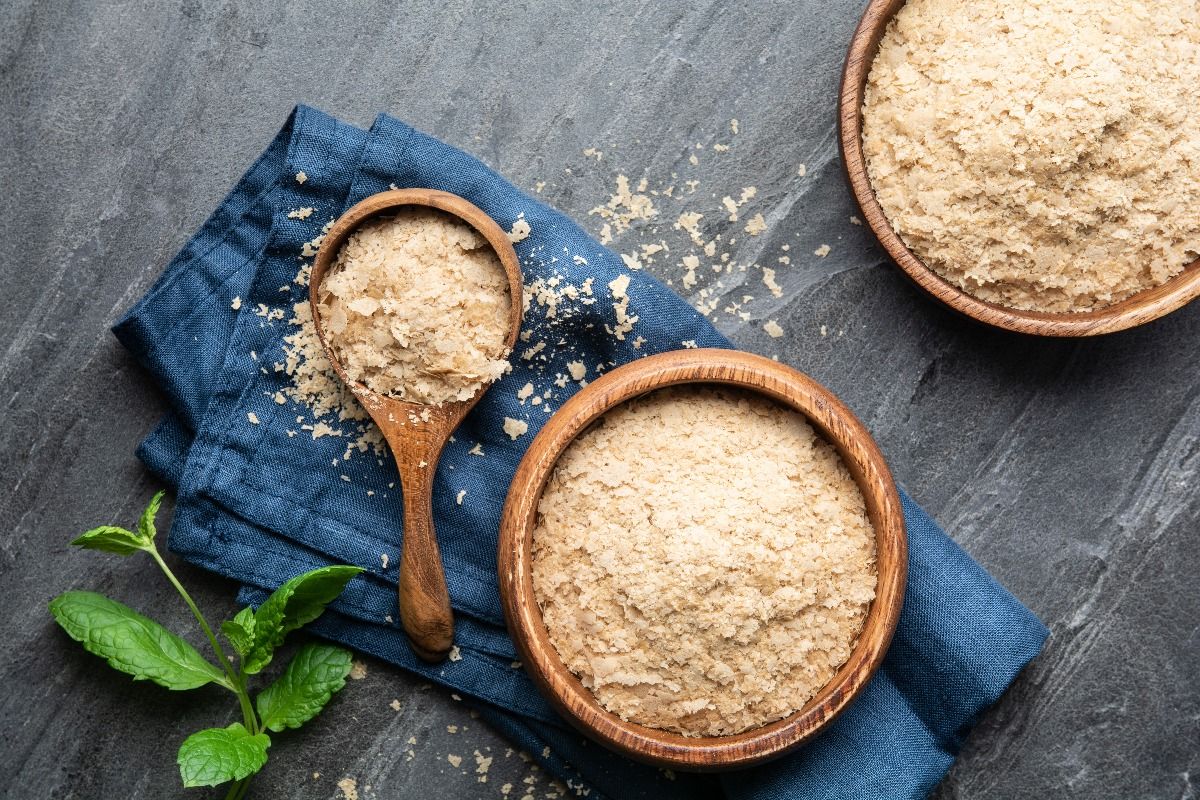 In The Kitchen Scientist, The Flavor Equation author Nik Sharma breaks down the science of good food, from rinsing rice to salting coffee. Today, he's introducing us to savory super-ingredients to always keep in the pantry.

Yeasts are one of the most powerful workhorses in research and the food industry. Simply put, yeast is a single-cell fungus that is round or oval in shape, sometimes looking like the cartoon character shmoo.

In grad school, I worked in a lab that used baker's yeast to study cancer. We also tinkered with yeast genetics to produce large quantities of proteins to use in our experiments.

As cooks, many of us are familiar with baker's yeast and brewer's yeast, aka Saccharomyces cerevisiae (note, there are other species of yeast used to produce alcohol). While they're both strains of yeast, they behave a bit differently and are also genetically distinct.

Baker's yeast — be it active-dry, rapid-rise, or fresh — focuses on making plenty of carbon dioxide gas so doughs can rise well, yielding light, airy baked bread. Brewer's yeast works hard to produce alcohol, as seen in beer-making, by converting the carbohydrates in grains like barley, oats, and wheat, or in non-grains like potatoes. It appears that brewer's yeast developed its preference to produce alcohol during fermentation in the presence of oxygen (and tolerate high toxic levels of alcohol) as part of its evolution. Read more about the genetic differences and evolution here.

Leftover brewer's yeast cells eventually led to the development of various savory products, such as nutritional yeast, Marmite, and Vegemite, that many of us stock in our pantries.

One of the earliest studies that discusses the potential of yeast as a source of nutrition comes from the "American Journal of Pharmacy, Volume 88," published in 1916. Atherton Seidell at the Hygienic Laboratory (now known as the National Institute of Health) found that spent yeast from breweries corrected malnourishment in pigeons. Initially the pigeons were fed only polished rice, a diet devoid of all the necessary vitamins and minerals, leading to paralysis. But after being fed an extract of the spent yeast, the pigeons quickly recovered in a few hours, implying that this ingredient corrected the nutritional deficiencies. These results provided a fantastic opportunity to utilize a waste product from fermentation, at a low price to be repurposed and utilized as a source of nutrients. NPR has a fantastic article by Tove Danovich that takes a closer look at the history of yeast as a source of nutrients — I highly recommend reading.

When it comes to yeast-based food products available in our grocery stores and markets, there are two major categories based on how they're processed: nutritional yeast and yeast extract.

Nutritional yeast is sold as a dry, yellow-colored powder or flakes of dead brewer's yeast (the yeast are killed by the application of heat). I keep a jar of Bragg's nutritional yeast at home and, when I want a cheesy taste in dairy-free recipes, it is often my go-to. I use it in crackers, savory cookies, and even to make dairy-free and vegan cheese dips. I add a generous tablespoon or two of nutritional yeast to nut milk, then heat the liquid with a little cornstarch to thicken — this helps recreate the texture and flavor of cheese.

Yeast extract includes commercial products like the yeast pastes Marmite (the British version) and Vegemite (the Australian version). It is a thick, dark liquid, sometimes dehydrated to form a thick paste or powder. To prepare yeast extract, yeast cells are either salted, which forces the cells to shrink, or steamed, which causes the cells to break. The cell extract that is collected is rich in vitamins like the members of the B-complex and iron. During the first World War, the supply of Marmite to Australia took a big hit, leading to the production of Australia's very own version, Vegemite. Vegemite also contains spices and vegetables like celery and onion. Learn more about their history here.

Both nutritional yeast and yeast extracts are rich in umami substances, such as glutamates and ribonucleotides, which together create a rich savory profile through a process called umami synergism: When both are present, the umami taste is greater than the sum of its parts. There's also a tad note of bitterness and, depending on how sensitive you are to bitter tastes, you might find the taste of these products pleasant or intense. Yeast pastes are usually smeared on toast or folded into pasta, savory pastry fillings, stirred into soups, added to meat marinades, etc. — anywhere where you want to bump up the savory profile of a dish.