Is farming with reclaimed water the solution to a drier future?

In California, several farms are demonstrating the benefits of growing food with post-treatment water supplies 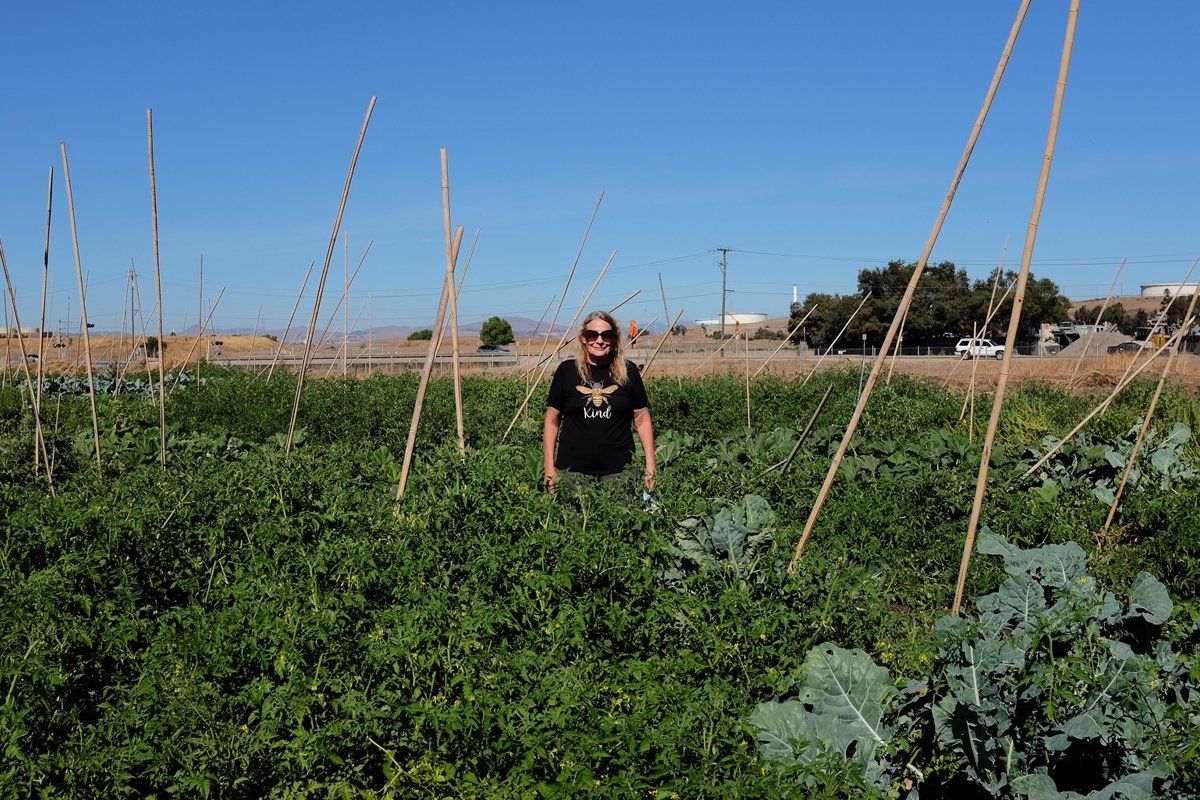 On a Saturday in late October, Carolyn Phinney stands hip-deep in a half acre of vegetables, at the nucleus of what will one day be 15 acres of productive farmland.

"You can't even see the pathways," she says, surrounded by the literal fruits of her labors. The patch is a wealth of herbs, tomatoes, eggplants, peppers, kale, winter squash, and zucchini. So much zucchini — fruits the size of bowling pins hidden under leaves as big as umbrellas. "Zucchini plants are supposed to be 30 inches across. Ours are 8 feet," she says. "Everything looks like it's on steroids."

Phinney, pictured above, is the farmer behind CoCo San Sustainable Farm of Martinez, Calif., a farm built on reclaimed land, using reclaimed water, and started with a simple mission: to get kids to eat more vegetables.

In 2010, Phinney learned local school districts served pizza more often than salad because produce cost four times more than cheese and bread. She set out to make vegetables in her county more affordable — or free, if possible. The effort has paid off. Since May of this year, Phinney has grown and donated more than 13,000 pounds of produce to local food banks and school districts. All of it from just this half acre. Phinney is the farm's only full-time employee, and she has worked with a team of volunteers to get the food in the ground so far. 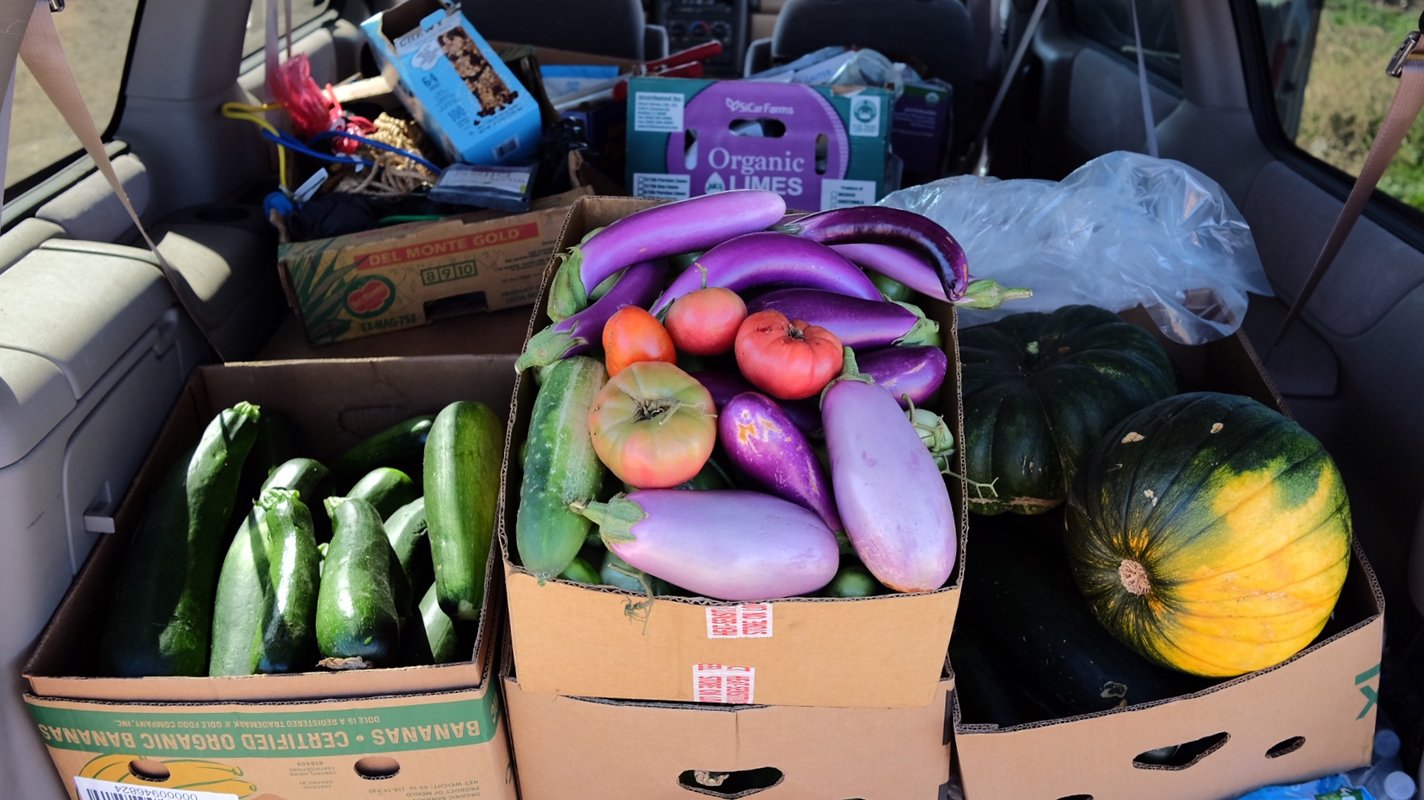 "We could produce several hundred thousand pounds of produce [if we were] in full production," she says, referring to the 14.5 acres of bare earth and citing a time only a few years away, when the remaining land will be irrigated and planted in vegetables.

Phinney's achievement is all the more remarkable considering the location. Prior to Phinney, Contra Costa County had used the 15-acre property as a dumping ground for excavated subsoil trucked in from elsewhere. The ground was so poor that even weeds struggled to grow there. However, as prospective farmland, the place had two big things going for it. It was cheap — Phinney leases the land for a dollar a year — and it came with a free and near limitless supply of water.

The farm is located on sanitary buffer land owned by the Central Contra Costa Sanitary District (CCCSD) and is adjacent to their water treatment plant. Phinney irrigates all her crops with reclaimed wastewater, which she says is nutrient rich, safe, free, and abundant. And for Phinney, the water is the real secret to growing such healthy, high-yielding plants.

Around the same time Phinney was trying to fix school lunch, she met Mike McGill, board president of CCCSD, and learned that the county discharged around 50 to 200 million gallons of treated wastewater per day into nearby Suisun Bay. After treatment to remove solids and sterilize microbes, the water remains high in nitrogen, phosphorus, potassium, and micronutrients. Liquid fertility, according to Phinney, who felt the county was just dumping it.

"I said, 'With all that free water, too bad you don't have any free land,'" says Phinney.

As it turned out, McGill had a lead — albeit on land that was literally both dirt cheap and dirt poor — and had been looking for years to divert more of CCCSD's wastewater away from the bay and towards projects that demonstrate the value of recycled water.

California is one of the most intensely cultivated states in the union, one where agriculture represents a $50 billion industry. But the state is also among the most water-strapped; for that reason it's the home of the nation's first future's market for water and much of the state is once again in drought. Yet most of its farmers get their water from the same sources as towns and cities — aquifers, rivers, reservoirs, and snowpack — putting population and food production in competition with each other.

Wastewater reclamation could be a way to alleviate some of that pressure and is already common practice elsewhere in the state, mostly as a way to recharge aquifers in Orange County (which reclaims and purifies 130 million gallons of water a day) and prevent saltwater intrusion in coastal cities. On a smaller scale, many California cities use treated wastewater for landscaping. One flashy example is the water features of San Francisco's Golden Gate Park, whose lakes, fountains, and waterfalls are filled with treated wastewater.

The water Phinney uses falls under Title 22 of California's Code of Regulations, which, in addition to landscaping, allows for the application of sterilized, treated wastewater to agricultural crops. CCCSD's wastewater treatment process involves a primary treatment of sedimentation, a secondary biological treatment which uses micro-organisms to dissolve suspended organic compounds, and then disinfection with UV light. The treated wastewater is then filtered through a dual media filter and then another round of disinfection with sodium hypochlorite (liquid bleach) to produce recycled water. The resulting water is approved for all agricultural use in California, including root crops.

Still, few municipalities are following Phinney's lead and using treated wastewater directly for food production. But that's not because it hasn't been proven safe.

In a landmark study from the 1980s, crops of artichokes, broccoli, cauliflower, lettuce, and celery were irrigated with Title 22 wastewater in the Monterey Wastewater Reclamation Study for Agriculture (MWRSA). The study took place in Castroville, Calif., located in the fertile Salinas Valley. Cities and farms in the Salinas Valley both draw from the same aquifer. In the early 1970s, as evidence piled up that groundwater was being severely overdrawn between the two, risking saltwater intrusion from the Pacific, the region turned to recirculating treated wastewater. 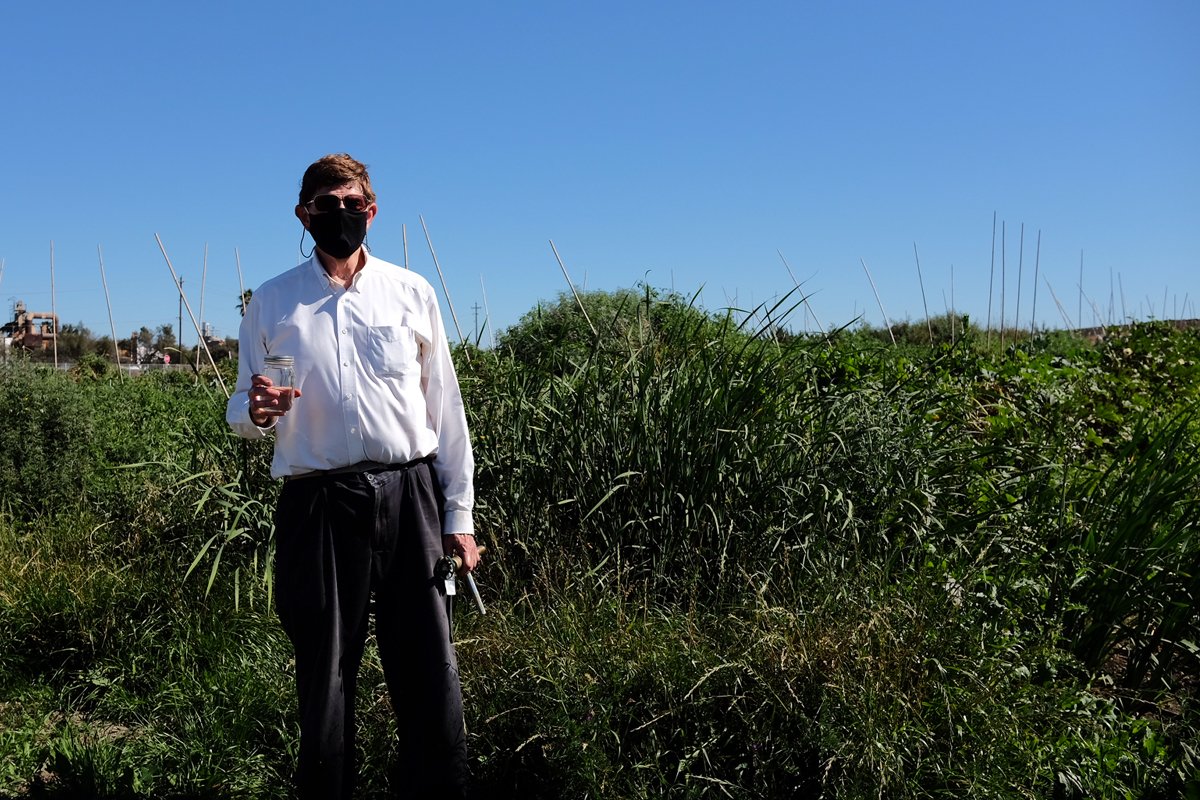 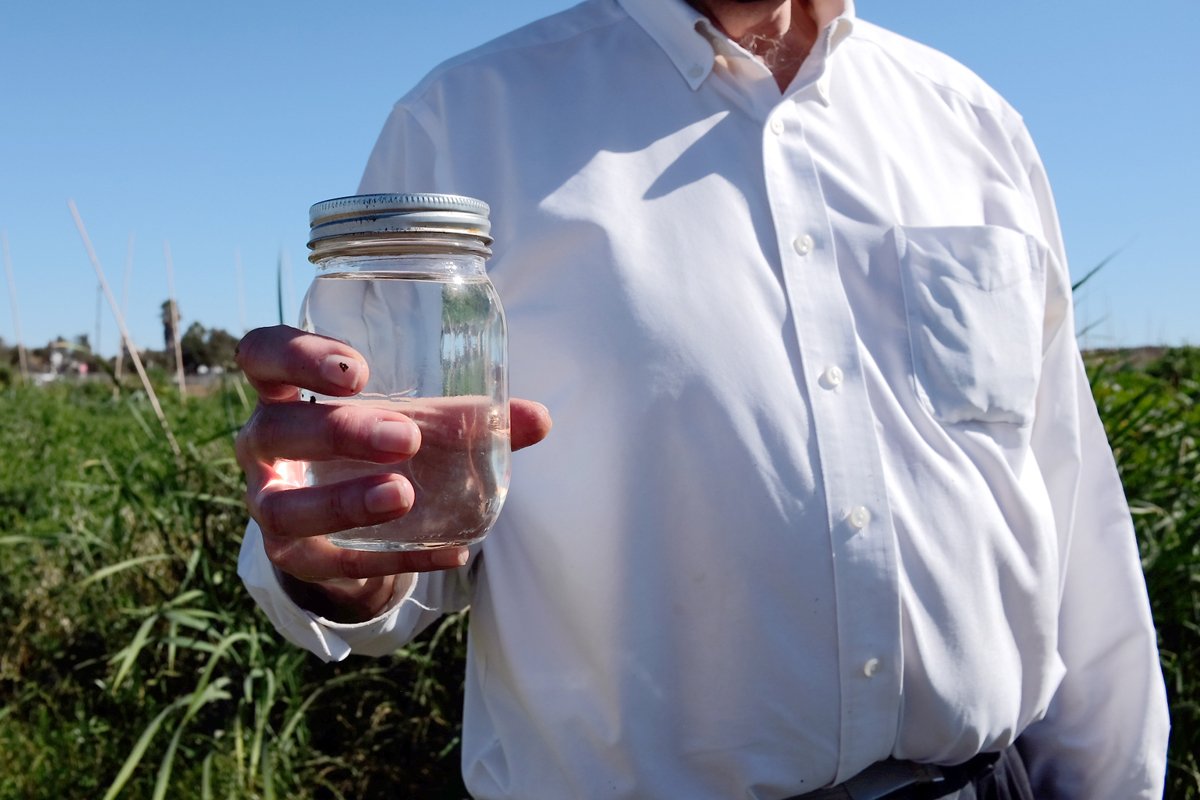 At the end of five years, the study concluded no discernible difference in levels of bacteria, viruses, or heavy metals in the soil of crops irrigated with wastewater compared to test groups irrigated with well water. Nor were the levels any different in the crops themselves. While the study did suggest that treated wastewater could increase nitrate levels in surface groundwater, the same effect was also found in two of the fields irrigated with well water. The study did not find any negative impact to farmworker health or crop marketability.

Most of the agricultural practices suggested in the MWRSA have since been adopted in the Salinas Valley on operations such as Ocean Mist Farms in Castroville, which uses 9,000 acre feet of reclaimed water annually on its fields of artichokes.

There have been several studies of the agricultural potential and environmental impact of reclaimed wastewater in California in the 30 years since. So why hasn't the practice been more widespread in the state?

"Quite frankly, we have too much water in Northern California," says CCSD's McGill. Laws regulating water use—and reuse—in much of the state have been determined [based] on presumed abundance. "There's not a lot of pressure except during times of drought to reuse treated wastewater."

That may sound odd considering the state went through several severe droughts between 2011 and 2018, and has regulated surface water for more than a century. But groundwater rights are determined by land ownership. Anyone who owns property above an aquifer can drill in, start pumping, and take as much as they want.

Which sets up a classic tragedy of the commons. Without oversight, private individuals have little incentive to conserve a public resource. Overdrawing groundwater has caused the land to sink in the Central Valley — in some places by as much as 28 feet — and farmers have to drill ever deeper wells to sustain their livelihood. During the same severe drought, some towns went completely dry.

Read more Civil Eats: Op-ed: Dear Secretary of Agriculture, This Is Your Chance

In 2014, then-Governor Jerry Brown signed a package of laws collectively known as the Sustainable Groundwater Management Act (SGMA). The package set up local groundwater sustainability agencies to oversee and manage groundwater use with the goal of restoring the state's aquifers to sustainable levels within 20 years. The state's most overdrawn basins had until the end of January 2020 to draft their plans, which means they are still close to two decades away from sustainability.

It's up to those local agencies to determine what counts as a sustainable aquifer, and to ensure that pumping does not exceed recharge, especially in the heavily agricultural Central Valley. Injecting treated wastewater into the aquifer is certainly one option. Another is to use it directly for irrigation instead of groundwater.

A corollary would be to import wastewater from further away, treating populated areas as auxiliary aquifers. During the height of the last drought, when the Central Valley experienced a roughly two trillion gallon annual deficit, the Bay Area was dumping roughly one trillion gallons of treated wastewater into San Francisco Bay.

Such a scenario would mean neither cities nor farmers would have to cut back on water use. For example, CCCSD could build a 35-mile pipeline, diverting their wastewater from Suisun Bay to fill irrigation canals in the Central Valley. "To some extent, farmers would love that," says McGill.

Just from the CCCSD alone such a project would deliver 20,000 acre feet of water — about 20 million gallons — annually to farming communities. Albeit, such a pipeline would cost between $2 and $3 million per mile to build, but inexpensive when compared to the $15.9 billion estimate for the state's Delta tunnel project.

The region hasn't embraced reclaimed water but it's not entirely for lack of trying. In 1997, the nearby Dublin San Ramon Sanitary District (DSRSD) approved plans for reinjecting treated wastewater into the source aquifer. Since both municipalities and farmland drew from the same source, groundwater reinjection was the shortest route to supplying both with much needed reserves. However, after the district invested $24.5 million, the public outcry was so intense the plan was scuttled in the early 2000s.

Some critics reject using water derived from sewage outright. "People think, 'Oh, poop water,'" says Phinney. But their numbers are dwindling. Orange County, which tends to be on the conservative side, has embraced the term "Toilet to Tap," so neither Phinney nor McGill see much reason the rest of the state can't follow suit, rethink attitudes, and reuse water. In 2016, DSRSD even came back to the idea.

But as for applying treated wastewater directly to crops, like Phinney is doing, there's not much in the way of opposition. Neither Phinney, McGill, nor other sources contacted for this story were aware of agencies, organizations, or individuals actively combatting the use of reclaimed water for food production.

There might not be much opposition because the state doesn't have much history with it, and very little reclaimed water goes towards agriculture. A University of California, Berkeley paper from March 2020 estimates that less than 1 percent of agricultural water comes from reclaimed wastewater. For many Californians, water reclamation isn't a top shelf issue when the current system of distribution works well enough. 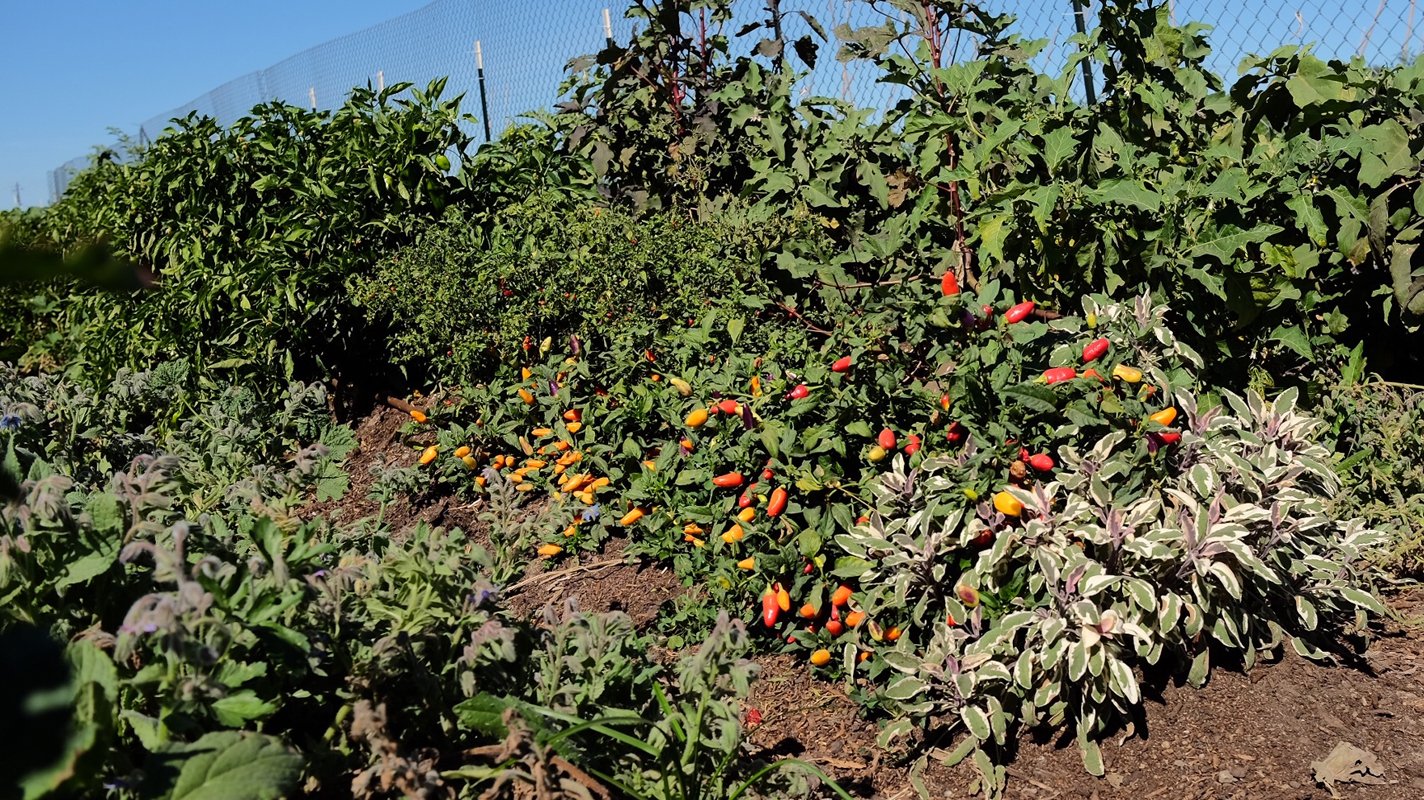 But that could soon change. "There are an awful lot of water practices based on abundant, free, available water," says McGill. "And, of course, as the population grows, the climate changes, and we come to recognize not as much water ends up in the snowpack, we're just not going to have as much available."

"The real bottom line here is we can't use our water just once," says Phinney. Fifteen acres of vegetables may be a good place to start, but it's just a start.