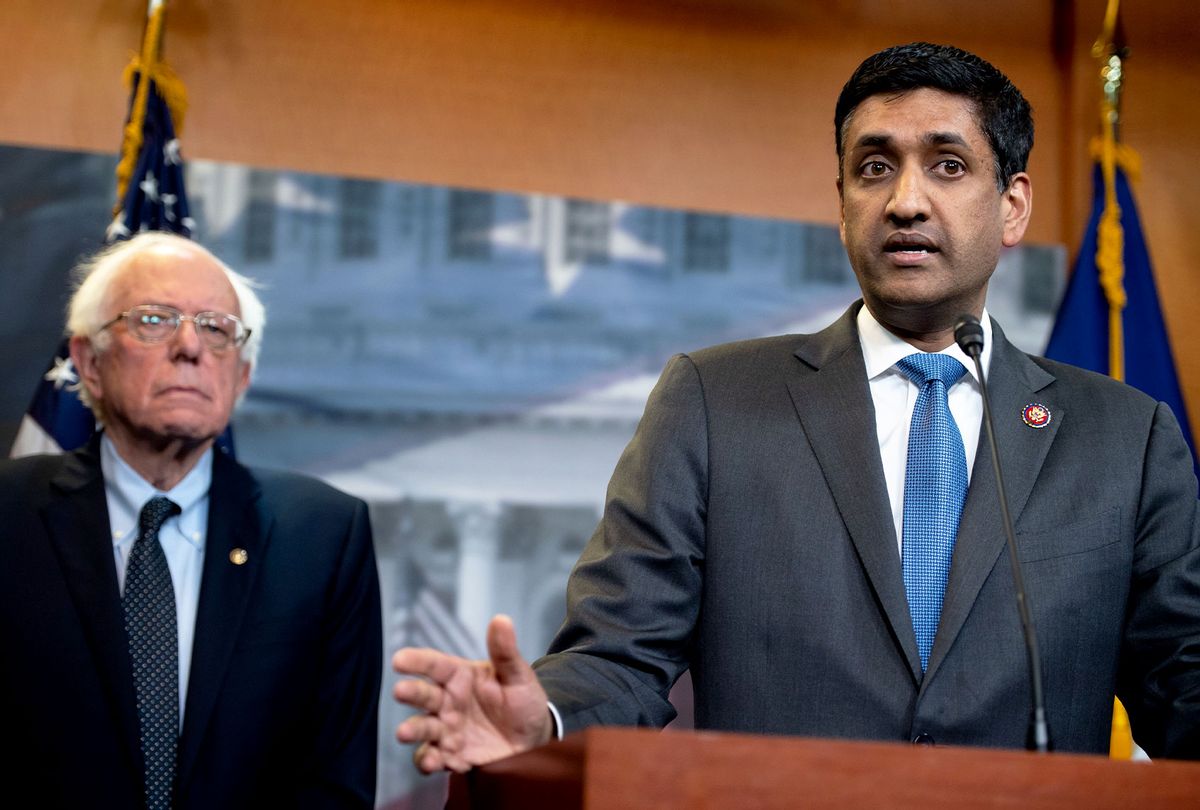 US Representative Ro Khanna, Democrat of California, and US Senator Bernie Sanders, Independent of Vermont. (SAUL LOEB/AFP via Getty Images)
--

Just 20 House Democrats opted to break with their party and their Republican counterparts late Monday to vote against overriding President Donald Trump's veto of the National Defense Authorization Act, a sprawling bill that greenlights over $740 billion in military spending for fiscal year 2021.

Rep. Ro Khanna (D-Calif.), one the few House Democrats who voted against overriding the president's NDAA veto, applauded his colleagues for having "the courage tonight to vote no on the bloated defense budget."

"They are changing the culture of endless war and calling for more investment instead in the American people," said Khanna.

The veto override ultimately succeeded in the House by a 322-87 margin and now heads to the Senate, where Sen. Bernie Sanders (I-Vt.) and other members of the Democratic caucus are threatening to hold up the NDAA in an effort to force a vote on $2,000 direct payments.

Nearly 70 House Republicans also voted against the veto override, but more out of allegiance to the president than opposition to out-of-control military spending.

Trump vetoed the NDAA last week not because of the bloated military budget, but rather because he objected to the exclusion of a repeal of Section 230 of the Communications Decency Act and inclusion of a provision ordering the Pentagon to rename military installations named after Confederate generals.

In an interview on Democracy Now! ahead of Monday's vote, Khanna said that while Trump's reasons for opposing the NDAA don't align with progressive objections, "the bottom line is, $740 billion is way too much defense spending."