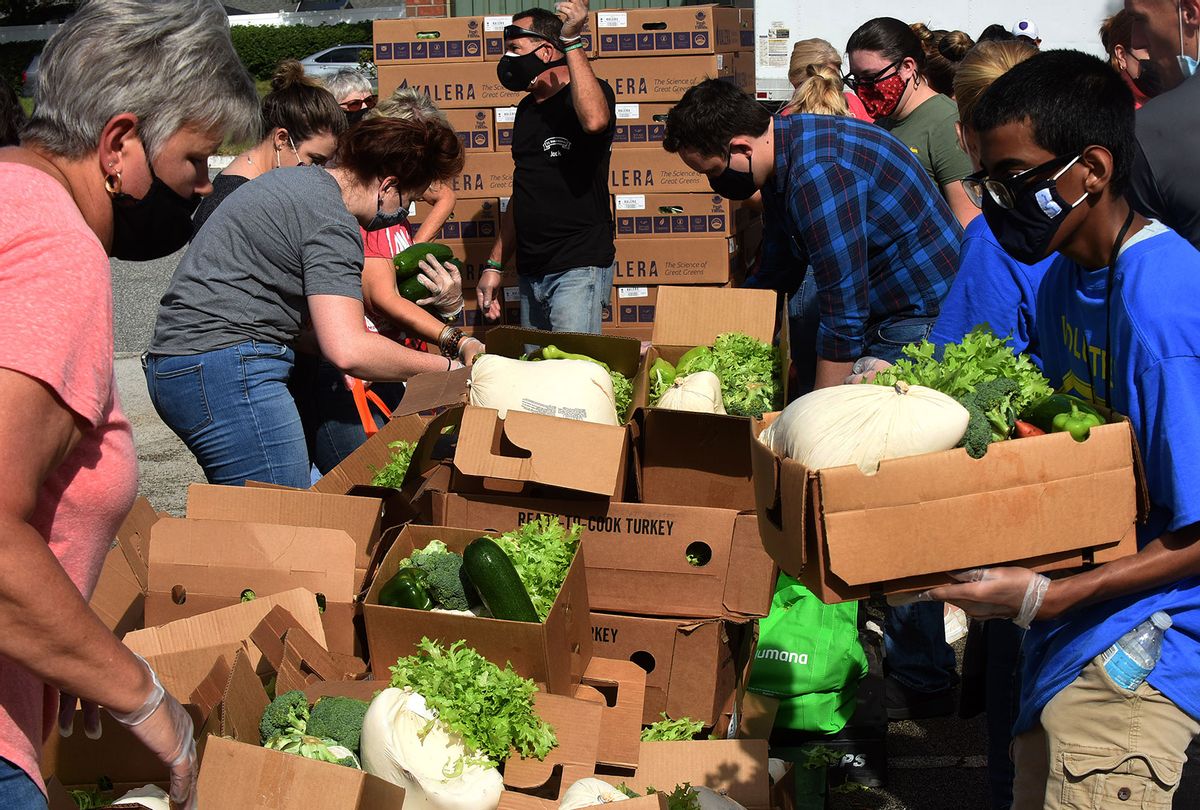 The nation has thousands of food pantries, places that give cash-strapped people free food with few questions asked. These organizations can occupy everything from an entire building to a literal pantry – as in a few shelves in a church basement.

Most of the estimated 300 million Americans who relied on food pantries in 2017 experienced food insecurity, meaning that they didn't have access to enough food. Even before the pandemic hit, up to half of the people who use food pantries live in food insecurity that is so severe that they sometimes skip meals or don't eat for whole days at a time.

Food insecurity is, by many accounts, an even bigger problem now.

Food pantries get the food they give away from many sources, sometimes making it hard to control nutritional quality as they seek to obtain the right quantity of food. And getting enough healthy food to give away is challenging.

I am a nutrition science researcher who studies what food-insecure Americans eat. My team and I have recently completed several studies on rural food pantries in Midwestern counties. We found four signs that food pantries improve the diets of low-income people.

1. A substantial amount of food

Food pantries are an important source of food.

People typically receive a bag or box containing enough food to serve their family three meals for about three or four days. Most people who use food pantries visit multiple pantries. About half make more than five trips a month to pick up food.

What's in those boxes and bags accounts for an estimated 36% of what the people who pick them up eat, according to our recent article in the British Journal of Nutrition.

2. A good source of nutrients

Having access to enough food is critical, but the variety, nutrients and quality are also important for long-term health. We asked 613 U.S. Midwestern food pantry clients about the amounts and kinds of food they ate and where that food came from. We found that compared to supermarkets, other stores and restaurants, food pantries provided the most fruit, something that most people in the U.S. at all income levels need to eat more of every day.

Likewise, Americans generally get too little fiber, calcium, vitamin D and potassium, making these nutritional deficits a public health concern – even for people not facing economic hardship. We found that the amounts of these nutrients in the items from food pantries were also highest or tied for the highest compared with all other food sources in the diets of people who visit food pantries.

Even so, Americans who use food pantries don't get enough of these nutrients. Another concern is that provisions from food pantries tend to contain too much sodium, something most Americans need to curb.

Going more than once a month, rather than once a month or less, is linked with a higher-quality diet, or doing a better job of meeting the recommendations in the Dietary Guidelines for Americans, the science-based dietary guidance that the federal government maintains to promote health.

For example, the average American would get a failing grade, with a score of 59% for their consumption of fruits, vegetables, grains, dairy and protein, along with sodium, added sugar and saturated fat. People who rely on food pantries fare even worse.

Those using food pantries once a month or less would score 39%, while those visiting more frequently would score 44%. Higher dietary quality, even just a 5 percentage point gain, may improve someone's health and help stave off chronic diseases.

4. A wider variety of food, including whole fruits

Eating a wide variety of food helps meet basic nutritional needs. The day after visiting a food pantry, people ate two more kinds of food compared with what they ate the day before.

Specifically, people who visited a food pantry ate more fruit, including whole fruits – such as eating an apple as opposed to drinking a glass of apple juice. Eating more whole fruits is especially helpful because they have a lot of fiber and other nutrients that can help prevent cancer, heart disease and other chronic diseases.