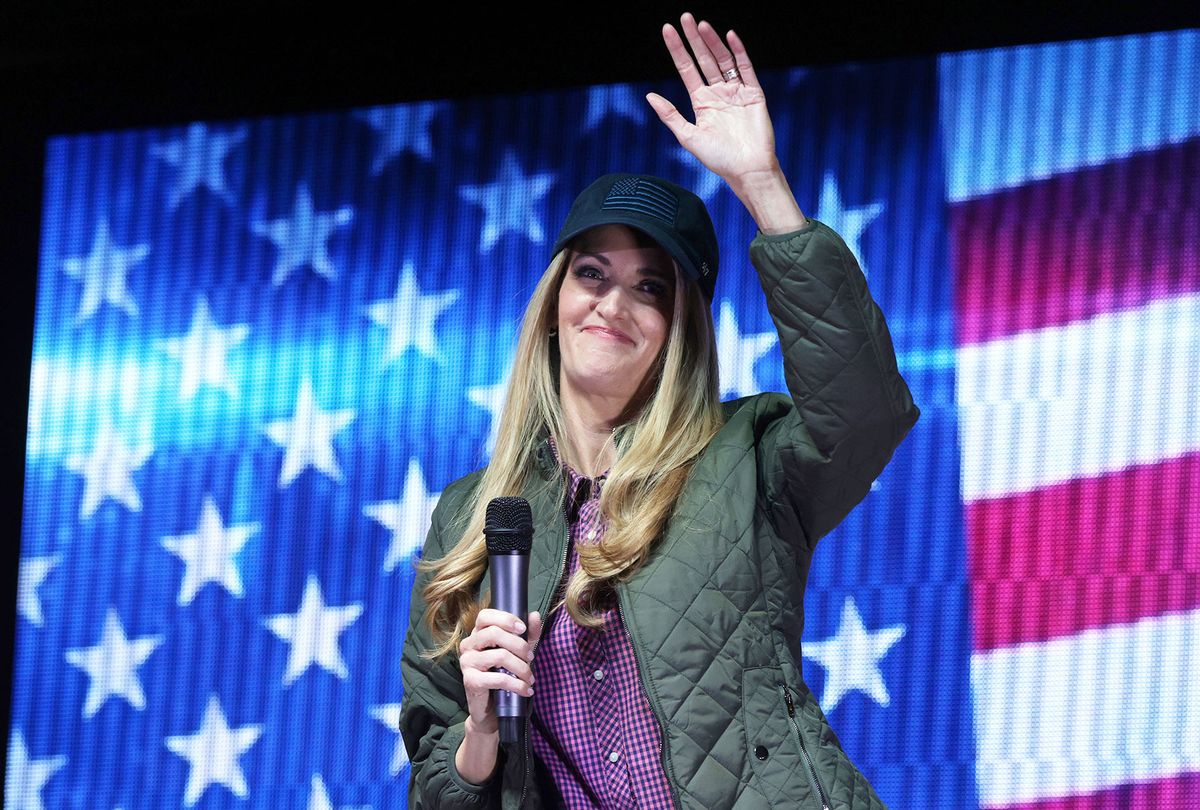 Jeff Sprecher, husband of unelected Sen. Kelly Loeffler, R-Ga., has become a billionaire at the end of his wife's first year in office, according to Bloomberg. His company, Intercontinental Exchange (ICE), which owns the New York Stock Exchange, saw its stock rise more than 22% in 2020, boosting the couple's net worth from where it stood at $800 million as recently as this summer.

While she was becoming half of a billionaire couple, Loeffler, who faces the Rev. Raphael Warnock, a Democrat, in one of two runoffs on Tuesday that will determine control of the Senate, has apparently neglected her official job. Loeffler has been marked "not voting" for 50 out of 65 votes in the U.S. Senate, or about 77%, since the Nov. 3 election, missing most of those in favor of campaign events. While a sizable portion of those votes concern appointments, the first-year senator also missed two votes on amendments to make Social Security benefits more accessible, including one to eliminate the five-month waiting period for patients with ALS, the incurable degenerative disease.

Loeffler also missed votes, for unclear reasons, to condemn weapons sales to the United Arab Emirates, as well as two confirmations for board appointees to the Tennessee Valley Authority, the U.S. corporate agency that provides power for 10 million people in the Southeast, including some in north Georgia. As Salon has reported, Loeffler has extensive ties to the energy sector after her extensive career in the financial sector, and the TVA is currently engaged in talks about creating a larger energy exchange market with the Southeast's leading power companies, including Georgia Power, where she served on the board.

The newly-minted billionaire worked as an executive at ICE (her husband's company) from 2002 until 2019, when Georgia Gov. Brian Kemp picked her to replace Sen. Johnny Isakson, who resigned for health reasons. Loeffler's personal fortune has been a key focus of her campaign to hold the seat ever since. Within months, Loeffler faced a firestorm of public criticism over a series of strikingly well-timed stock trades that she and Sprecher made ahead of the coronavirus pandemic. Though a Justice Department investigation into the trades did not result in criminal charges, Loeffler has never said what came of a parallel investigation led by the Securities and Exchange Commission.

While at ICE, Loeffler led a cryptocurrency joint venture between her company, Microsoft and Starbucks, called Bakkt. When she joined the Senate, she was assigned to a committee that had direct oversight over the agency that regulates ICE and the NYSE, as well as Bakkt. Mother Jones recently reported that in March, that agency published a critical decision affecting cryptocurrency markets.

In September, ICE bought Ellie Mae, a software company that processes nearly half of the new residential mortgages in the country. Housing sales have soared amid the pandemic, and the purchase has proved a boon for ICE. Salon reported last week that a number of last-minute Loeffler donors are executives at major real estate and equity firms. Some did not disclose the name of their employer.

Indeed, Loeffler's recent FEC are missing employer information for hundreds of donors, an unusually large proportion. Among them were members of the Asplundh family, owners of the eponymous multibillion-dollar infrastructure clearing corporation.

Salon also reported last month that the second-largest donor to a pro-Loeffler super PAC — hedge fund mogul Ken Griffin — had contributed $2 million one day after one of his companies announced a major acquisition. That purchase required approval by the NYSE, which Sprecher owns. (Sprecher himself was the Loeffler PAC's largest donor.)

Loeffler has consistently told voters that her independent wealth frees her of conflicts, because she cannot be bought by corporate interests. Still, the issue has dogged her on the campaign trail. Before her appointment, Loeffler promised Kemp that she would spend as much as $20 million funding her 2020 campaign, a point that her main Republican opponent, Rep. Doug Collins, struck at repeatedly.

"Raising money — especially from small donors — is a great barometer of support and it is clear that [Collins] has a dedicated grassroots army marching with him," a Collins spokesperson told ABC News in July. "Kelly Loeffler is mainly supported by Kelly Loeffler, her super wealthy stock-exchange-owning husband and a bunch of lobbyists. She leads a very small and lonely parade."

Loeffler has also been criticized for owning a private jet that she and Sprecher may have bought on the taxpayer's dime. Although she has claimed she was using the plane to save taxpayer money, a Salon investigation revealed that she has taken dozens of publicly funded flights between Atlanta and Washington.

As an executive at ICE, months after the Great Recession brought the global economy to its knees, Loeffler helped market a new mechanism for the world's biggest banks to keep trading in the very financial instruments that contributed to the crisis in the first place — registered in one of the world's most notorious Cayman Islands tax shelters, where the banks could avoid U.S. taxes.

But Loeffler still appears to have a tin ear when it comes to the vast gulf between her enormous wealth and the financial circumstances of everyday Americans. One recent campaign ad proclaims that she knows what "it feels like waiting on that paycheck." Despite the tens of millions of dollars that she boasted of having at her disposal, in November she appealed for campaign donations in the halls of the Senate — a violation of the law.