It's not just you: The pandemic is making young adults gain weight

A new study says the "COVID Nineteen" is a real thing 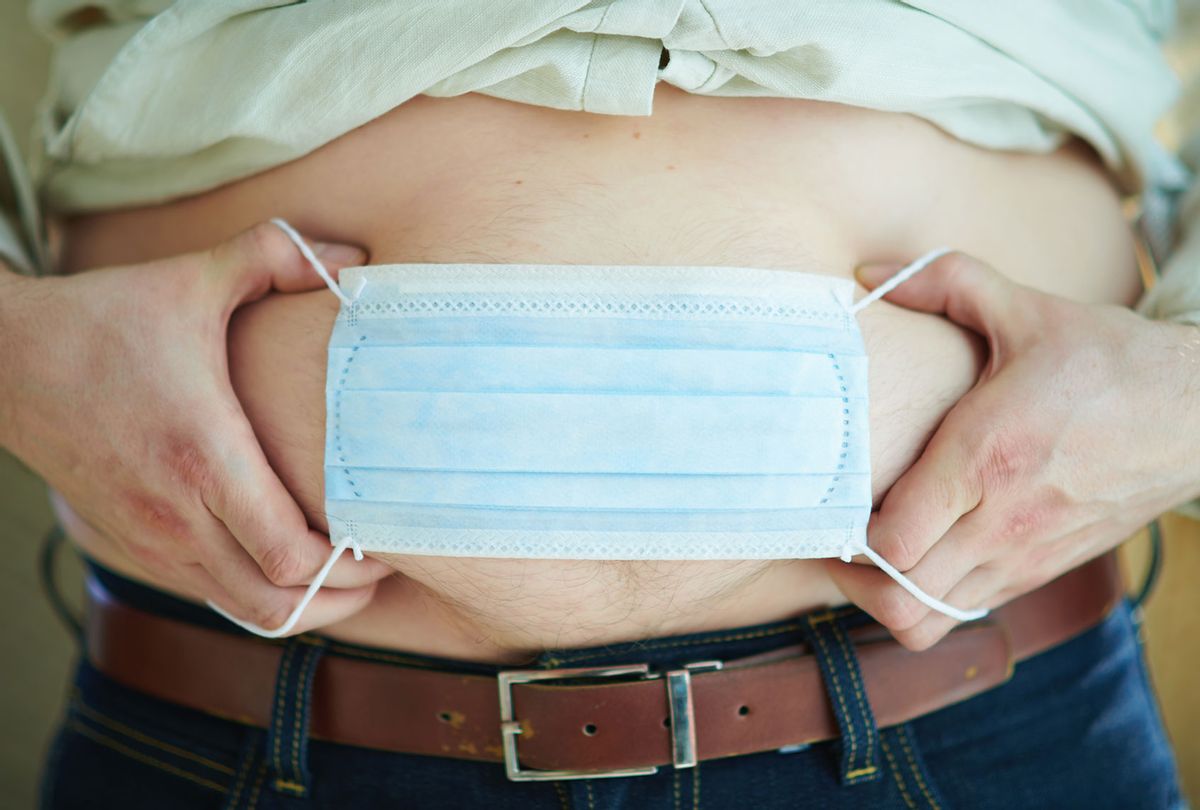 Perhaps you've heard of the "Freshman Fifteen," the legend that freshman year of college makes one gain fifteen pounds. But what about the "Covid Nineteen?"

If you feel like the COVID-19 pandemic has made you gain weight, you're not alone: in fact, a new study proves it.

Co-authored by a trio of scientists from the University of Southern California's Department of Preventive Medicine, a recent paper in Journal of Adolescent Health describes how young adults who self-reported that they ate too much in response to the pandemic gained more weight than those who did not. What is notable, though, is that both groups have gained weight since the pandemic started: Those who said they have overeaten gained an average of 5.55 pounds between the baseline period (October 2018 to October 2019) and the follow up period (May-July 2020). By contrast, those who said they have not overeaten only gained an average of 2.54 pounds, meaning that they still gained weight despite lacking the perception of overeating.

All of the participants enrolled in the study when they were in the ninth grade of one of 10 Los Angeles area high schools, and continued through the following year. The authors note that they chose the schools which participated in the study in order to achieve sociodemographic and regional diversity.

The researchers said their findings had broader implications.

"Young adults may be particularly susceptible to adverse mental health concerns related to the pandemic," they explained. "Many young adults do not have established careers and may be particularly likely to suffer loss of employment or work. Furthermore, college students are facing educational disruptions caused by transition to remote learning modalities or concerns about exposure to the virus for universities that continue on-campus classes."

"One maladaptive way to cope with stress and negative emotions is unhealthy eating patterns, such as eating more than one usually would or eating unhealthy calorie-rich, nutrient poor foods," they note. "In general, emotional eating is prominent among young adults and predicts weight gain."

This is not the first study to indicate that the pandemic could be causing people to put on weight. Last month a survey commissioned by the biotechnology company Gelesis claimed to have found that 71 million Americans had gained weight throughout the pandemic. In addition, as Tom Philpott of Mother Jones recently observed, Americans consume more than half of their calories from "ultraprocessed" foods that include added sugars and fats which cause weight gain, almost 90 percent of Americans have at least one sign of metabolic dysfunction and more than 40 percent are obese... all of which put them at greater risk of suffering more serious health problems if they develop COVID-19.

With gyms closed, many more people telecommuting, and fewer incentives to leave the house, it is perhaps unsurprising that many people are gaining weight as a result. Indeed, there is anecdotal evidence that the issue of pandemic weight gain is on the minds of many.

"I'm glad so many of us are gaining pandemic weight together, as a family," writer Louis Peitzman opined last summer on Twitter.

Salon spoke to members of the public who agreed with the study's findings. Ian Brine, a 34-year-old telemarketer, told Salon by email that he had experienced pandemic weight gain.

"As soon as the initial lockdown happened back in March, my gym routine, sporadic as it was, stopped entirely," Brine said, explaining that he's been trying to use his newfound free time that he used to spend commuting to do something active. "I've not lost a ton of weight, but I am healthier, happier, and on what feels like a sustainable track to building muscle and losing weight."

Shelli Johnson, a 49-year-old author and weight loss coach who wrote "Start Where You Are Weight Loss," shared a similar story with Salon.

"I gained 13 pounds during the pandemic because I was looking for food to fix something, namely the trapped feeling that I had and didn't want to sit with," Johnson told Salon by email. "As a formerly-obese gal and a weight-loss coach, I knew better but I didn't do better, and that's okay. Mistakes are inevitable; defeat is optional." Johnson said she confronted her overeating and "reframed" her worldview, and was able to lose the weight again.