This could all have been prevented: How mental health experts were silenced

Terrified of Trump and of the "Goldwater rule," the media silenced mental health experts who saw the danger 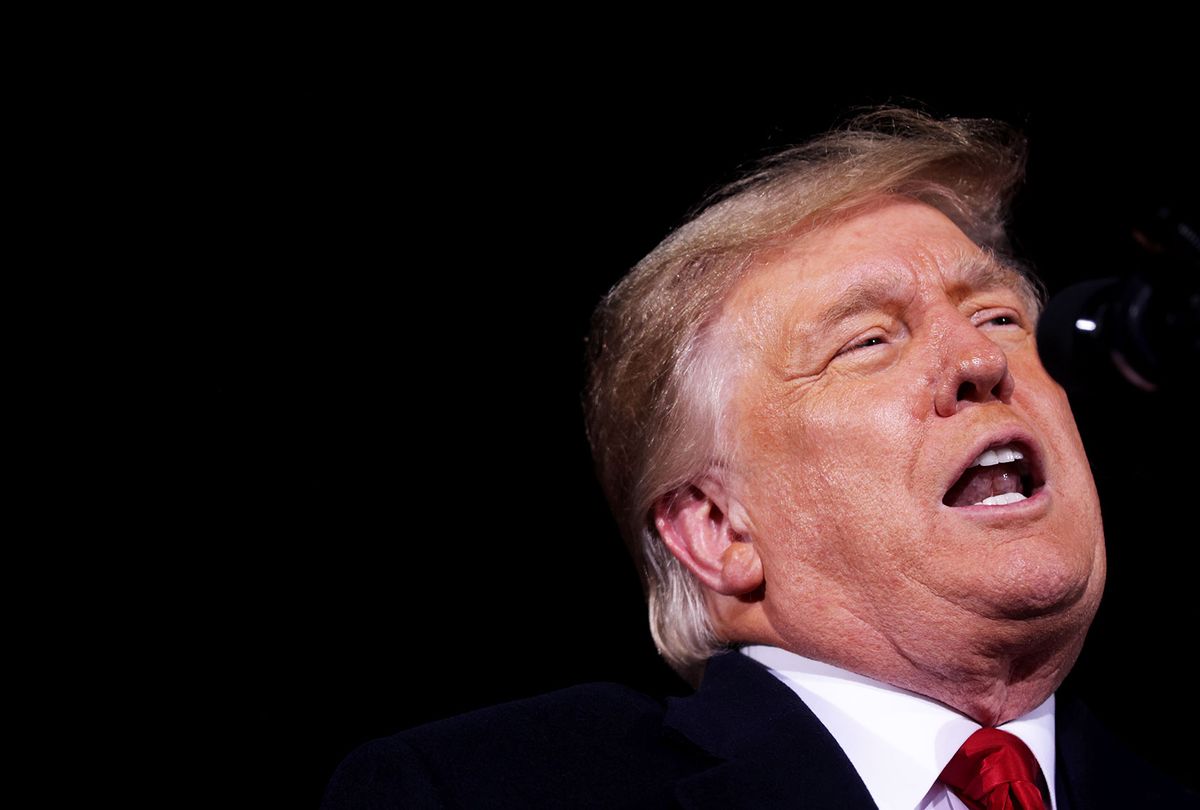 There is an unambiguous reason why mental health experts have not been seen or heard or read in the national media during the past four years. The mainstream media has intentionally blocked these experts from speaking out about Donald Trump's mental pathology and its dangerous impact on the public's safety and welfare. The professionals who understand Trump the best have been gagged and muzzled. The media has been a major enabler of Trump — and that continues to this day.

Mental health experts could have helped to prevent Trump's election in 2016, minimized his destructiveness from 2016 to 2020, and/or thwarted his re-election chances in 2020. Their collective voices could have been loud, compelling and impactful. History will show that the mainstream media has been as complicit with Donald Trump as any other group of enablers, including congressional Republicans, cabinet members, close associates and his millions of supporters.

The role of the free press is vital in a representative democracy such as ours. It is protected in the First Amendment of the Constitution. The overarching purpose of the press is to be a watchdog of government and of our elected officials. The press is our indispensable friend. We depend on it to expose, inform, explain, interpret and, yes, warn. The free press is the foundation of our democratic way of life. It is what separates us from authoritarian regimes and third world countries.

A duty to warn the public is a central component of the role of the watchdog press. Politicians are under the microscope because they are our elected officials and must be held to account. That is the specific task of the press. When a politician is malicious or engages in nefarious activities, it is the responsibility of the free press to expose and warn — all for the greater good of the people.

It seems clear that the American Psychiatric Association (APA) informed prominent decision-makers in the mainstream media that its "Goldwater rule" prohibited psychiatrists — and perhaps others in the mental health field — from speaking out publicly about Donald Trump's mental health. The Goldwater rule is an ethical guideline advanced by the APA in 1973 that no one cared about until Trump became president. It asserts that psychiatrists should not comment on political figures because they have not interviewed them personally.

Far too many people in the media bought into the APA's narrative about the Goldwater rule. All mental health professionals were blocked from speaking out because it was deemed unethical. From that point on, any experts who chose to speak out anyway were to be seen as reckless and opportunistic.

The exact motives of the APA will never be known. One working theory is that the APA did not want to anger this president since that might have directly threatened the organization's federal funding and its scope of influence. After all, Trump responds with intense vindictiveness when he detects even slight disloyalty. The APA buckled, deciding that it needed to safeguard its own viability and sustainability. Its leading members did not want to rock the boat, and did not want any other members to do anything that might interfere with their organization's stature.

In fact, mental health experts are compelled to speak out when they see dangerousness or unfitness in a political figure. They have a social and ethical responsibility to voice their opinions and to inform the public. The public's safety and welfare are paramount. Experts who speak out are noble and good citizens and should be applauded, not ridiculed.

Almost immediately after Trump's election in 2016, mental health professionals were faced with an ethical dilemma imposed by the Goldwater rule. How could experts speak out in their duty to warn the public when they were supposedly prohibited from doing so by an ethical restraint?

Their conundrum was compounded by the media's decision to honor the Goldwater rule, and generally not allow mental health experts to voice their opinions.

In 2017, Dr. Bandy X. Lee, a psychiatrist, edited a bestselling book, "The Dangerous Case of Donald Trump." The chapters were written by mental health professionals who described Trump's mental pathology and dangerous qualities in detail. But that cutting-edge book did not open the floodgates for appearances by mental health experts in the media. In fact, they were blocked at every turn, and the Goldwater rule was often cited.

The Goldwater rule is outdated. Its relevance has passed. Today, mental health professionals have access to thousands of audios, videos, tweets, interviews, speeches, books, collateral interviews and more by politicians. A personal interview would be helpful, but it is not sufficient or comprehensive. Behavioral information over time is much more revealing, instructive and diagnostic.

Beyond that, mental health experts do not need to be shackled. They are highly trained. They have a wealth of knowledge. They are ethical. They do not discuss matters outside their area of expertise. They are fair and balanced. They acknowledge their limitations. Their political leanings are excluded in their well-reasoned opinions.

To add insult to injury, the media has had no qualms in publishing any number of articles by journalists about Trump's apparent pathology, while mental health experts themselves have been silenced. Furthermore, there is ample precedent for reporters, editors or producers to seek out experts in other medical specialties. For example, if Trump had a heart attack, cardiologists — who had not examined him — would be invited to share their expertise. The same should be true for mental health professionals.

As Trump's mental pathology became more malignant, it was hoped that leaders in the media would wake up, accept their vital role as watchdog, and actively encourage mental health experts to express their collective voices. Nothing of the kind happened. Many in the media dug in their heels, allowing Donald Trump to continue his mission of destruction without inviting the input of mental health experts. Their abdication of responsibility to warn the public has been glaring. Their lack of courage has been disappointing.

Trump's mental pathology has been a national emergency of historic proportions. But that stark reality has been largely undermined by the media — and the public is paying a devastating price:  lies, gaslighting, pandemic deaths, economic woes, tribalism, racism, xenophobia, terrorism, cruelty, corruption, subversion and so much more.

Trump has been devilishly adept at undermining the media's credibility with the public. He has called the free press "the enemy of the people." When he does not like a story, he calls it "fake news." Millions of Americans now view the mainstream corporate media as hopelessly biased, liberal, and unfair in their coverage of the president. Trump's attacks served the purpose of putting the media on its heels. It became passive and reactive. It cowered, apologized, fired back weakly. Many in the media have treated Trump with kid gloves, hoping that perhaps his barrage of attacks on them would lessen or cease.

By not allowing experts to speak out, the media has contributed to the normalization of Trump's mental pathology — also known as malignant normality. Let us be clear: Donald Trump is a psychopath. He is in a class all to himself. Look at how he has created unprecedented havoc in the country since his election defeat. His desire to subvert our democracy is a reflection of the severity of his psychopathy. He is drunk with power, adulation, greed and corruption. He has utter contempt for the will of the people. His recorded conversation last Saturday with the Georgia secretary of state shows his potentially illegal attempt to overturn the election results in that state. Trump is a menace to the safety and welfare of the public.

Mental health experts should have been front and center in warning about Trump's pathology all along. But their voices have been silenced. And the public has been profoundly ill-informed about this president. Decisive information about his dangerousness, his unfitness, his cruelty and his corruption has been suppressed. His psychopathy has been allowed to flourish.

But here is the ultimate irony. The media and mental health experts have the exact same mission: to serve the public. They are not adversaries. They do not have conflicting goals. Duty to warn the public is the cornerstone for both. They should be working together in lockstep.

Trump could have been stopped years earlier had the media taken their duty seriously and provided the platform for mental health experts to speak out. Instead, they shirked their responsibility. They ran and hid. This silencing of mental health experts is a terrible untold story. This purposeful subversion of the duty to warn the public has had — and is still having —  catastrophic consequences in our country.

The darkness and heartache of Donald Trump's last days in office make that only too clear.