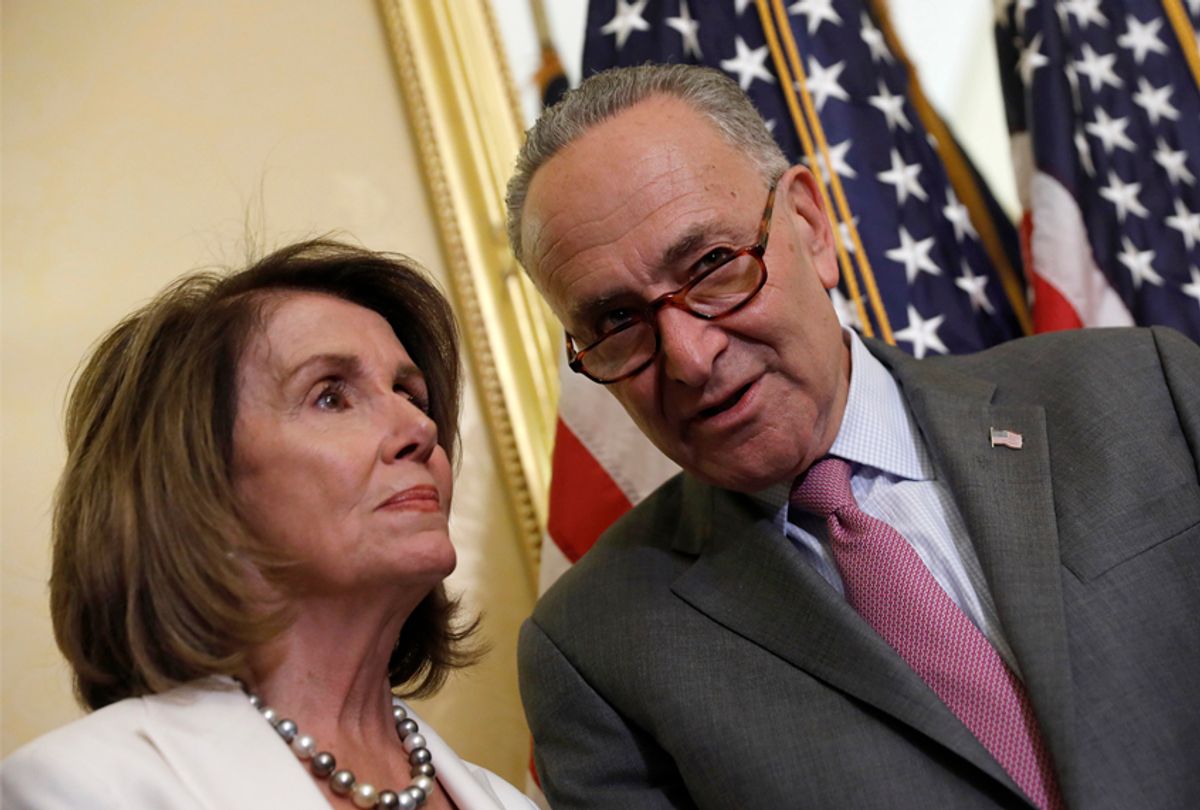 A growing number of Democrats — and at least one House Republican — are calling for Trump's removal from office following his supporters' chaotic breach of the U.S. Capital as the Electoral College attempted to certify the election of Joe Biden as president.

Nearly two dozen Democratic lawmakers have called for Trump's immediate removal from office in the aftermath of the violent mob of Trump supporters who stormed the White House on Wednesday, breaking police lines and trashing the U.S. Capitol. The lawmakers have blamed Trump for inciting the chaos, which ultimately brought about four deaths and several injuries, and forced Congress to delay the electoral certification process.

"I am drawing up Articles of Impeachment," Rep. Ilhan Omar, D-MN, announced on Twitter. "Donald J. Trump should be impeached by the House of Representatives & removed from office by the United States Senate. We can't allow him to remain in office, it's a matter of preserving our Republic and we need to fulfill our oath."

Rep. Jennifer Wexton, D-VA, chimed in, "The President has been encouraging these domestic terrorists since before the election." She continued, "He could have stopped them at any moment, but instead he whipped them into a frenzy and sicced them on the Capitol [...] The Cabinet must remove him today or the House must impeach."

Senate Minority Leader Chuck Schumer, D-NY, was one of the first Democrats in the Senate to call for removal. In a press conference Thursday, Speaker of the House Nancy Pelosi, D-Calif., also announced that she will "join the Senate Democratic leader in calling on the vice president to remove this president by immediately invoking the 25th amendment." She added, "If the vice president and cabinet do not act, the Congress may be prepared to move forward with impeachment."

Pelosi also announced that the Sergeant at Arms Paul D. Irving has resigned in light of the events at the Capitol, adding that she will be "calling for the resignation of the Capitol Police Chief…Mr. [Steven] Sund." According to Pelosi, Mr. Sund hasn't even called to check on members of Congress since the violent rampage against them.

President-elect Biden directly blamed the mayhem carried out by "domestic terrorists" on Trump. He said on Thursday, "In the past four years, we've had a president who's made his contempt for our democracy, our constitution, the rule of law clear in everything he has done," The President-elect added, "He unleashed an all-out assault on our institutions of our democracy from the outset. And yesterday was the culmination of that unrelenting attack."

Rep. Cori Bush, D-MO, in addition to calling for Trump's impeachment, announced that she will be introducing a resolution to expel "members of Congress who have incited this domestic terror attack through their attempts to overturn the election."

Whispers of impeachment, according to Politico, had already been circulating around the White House following Trump's leaked phone call with Georgia's Secretary of State, in which the President asked the Republican Brad Raffensberger to "find" more votes in his favor. But the siege on the Capitol, which has no doubt left members of Congress fearful for their own lives, may be the tipping point for a second impeachment of Trump.

While GOP lawmakers have stayed mostly silent on the subject  –– that is, aside from Rep. Adam Kinzinger, R-IL, Vermont's Governor Phil Scott, and GOP governor of Maryland Larry Hogan, who have made explicit calls for removal –– a groundswell of Republican outrage has nevertheless appeared in response to Trump's enabling role in the attempted coup.

Senator Mitt Romney, R-UT, the lone Republican lawmaker who pushed for Trump's first impeachment, said in remarks he would have made before the insurrection, "We gather due to a selfish man's injured pride, and the outrage of supporters who he has deliberately misinformed for the past two months and stirred to action this very morning." He added, "What happened here today was an insurrection incited by the president of the United States."

Rep. Jason Crow, D-Colo., a former Army Ranger, was also quick to condemn Trump: "I never, in a million years would have thought that I would be in a situation like this as a member of Congress on the House floor in the United States Capitol in 2021."

But on the question of impeachment, Crow hesitated, "I don't know," but "we have to do something, we can't let what happened today go without some consequence and some action."