Wednesday's dramatic Capitol attack finally captured the media's attention. But this outrage was far from the worst 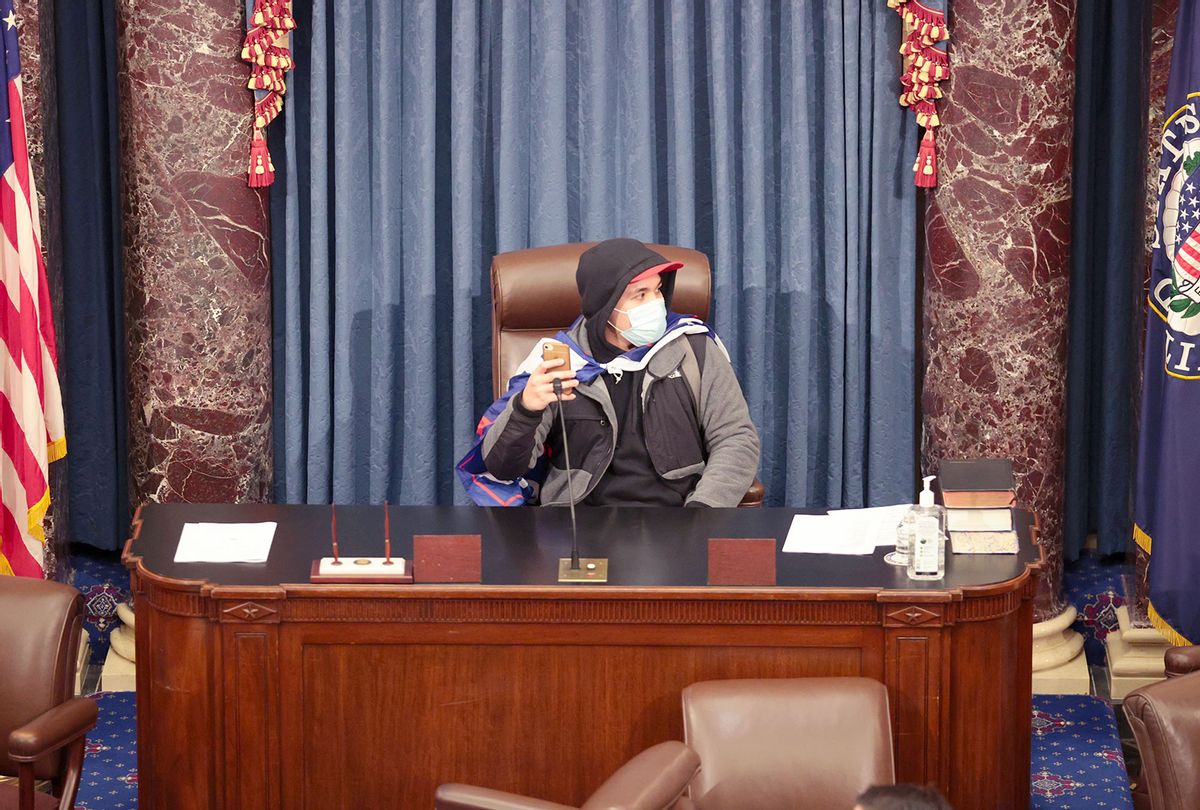 Reporters who for months used sanitized language to normalize Donald Trump's attempt to overthrow the duly elected government of the United States finally overcame their scruples Wednesday, enthusiastically hurling hyperbolic epithets at the ragtag mob of yahoos who breached security at the U.S. Capitol and stomped around screaming and taking selfies for a few hours.

The drama of what happened Wednesday was undeniable. It was terrifying. It was an outrage of epic proportions, a shameful moment for the country, and a scandal of law-enforcement failure and complicity. And Trump obviously sent the mob on its way.

But I find it pathetic that it wasn't until they had the visuals they needed that the elite journalists of the Washington press corps could bring themselves to call what Trump has been doing since before the election by its proper name: An attempted coup.

It wasn't until they could point to a guy in face paint wearing an idiotic bison-shaman costume and a bunch of spittle-flecked bros waving flags that they could bring themselves to say something they were unable to say about people who actually hold power.

Perhaps the greatest irony here is that, compared to numerous actions Trump and his enablers have taken that were actually intended to keep him in office against the will of the people, the storming of the Capitol did not rise to that level.

You could certainly call it a violent insurrection or a domestic terrorist attack. But there was no genuine attempt to take control. Few if any were armed. They certainly weren't organized. They came, they were (surprisingly) let in, they smashed, they vandalized, they terrorized, they had their white nationalist temper tantrum. But they didn't actually try to seize power. They wandered around and after a while let themselves get politely shooed out.

Washington Post reporters, who up until Tuesday had only used the word "coup" in a story about what critics were saying, led the Thursday morning paper by calling the mob's storming of the Capitol "an attempted coup that they hoped would overturn the election [Trump] lost."

But it's Trump and his enablers who have been actively trying to overturn the election. The real coup attempt on Wednesday was by a handful of senators and a few dozen members of Congress, who tried to destroy the democratic process. The mob was just being a mob.

None of this should be seen as excusing the mob's criminal conduct. And even though it's rather late in the day, I welcome the change in tone to more non-euphemistic political coverage.

But its sudden emergence under these circumstances makes me worry that it will not stick.

For six years, Donald Trump has fed his supporters a fatty diet of grievances, lies, and exhortations to violence. It was only a matter of time before that incitement produced a major upheaval, and it happened today — a violent and deadly, if aimless, assault on the U.S. Capitol by Trump-supporting thugs, after Trump, standing on the Ellipse, had called on them to "walk down to the Capitol" and "fight much harder," and told them "you'll never take back our country with weakness," and just as members of Congress were beginning to hear baseless challenges by some GOP members to the collective, decisive judgment of the states that Joe Biden defeated Trump in the presidential election.

I also liked the way Eli Stokols and Janet Hook framed the event in the Los Angeles Times, "as a breathtaking demonstration of what Trump has wrought — a mob as heedless of law and norms as he has been, willing to literally trash the fundamental institutions of American democracy."

The violent storming of the Capitol will forever be etched in our memory, and for good reason. But it needs to be remembered as merely one manifestation of a dangerous movement to shatter our democracy, not as its culmination or its end.