Multiple coronavirus strains are now circulating. Here's what that means

Coronavirus mutations in the United Kingdom and South Africa are spreading rapidly. But don't worry just yet 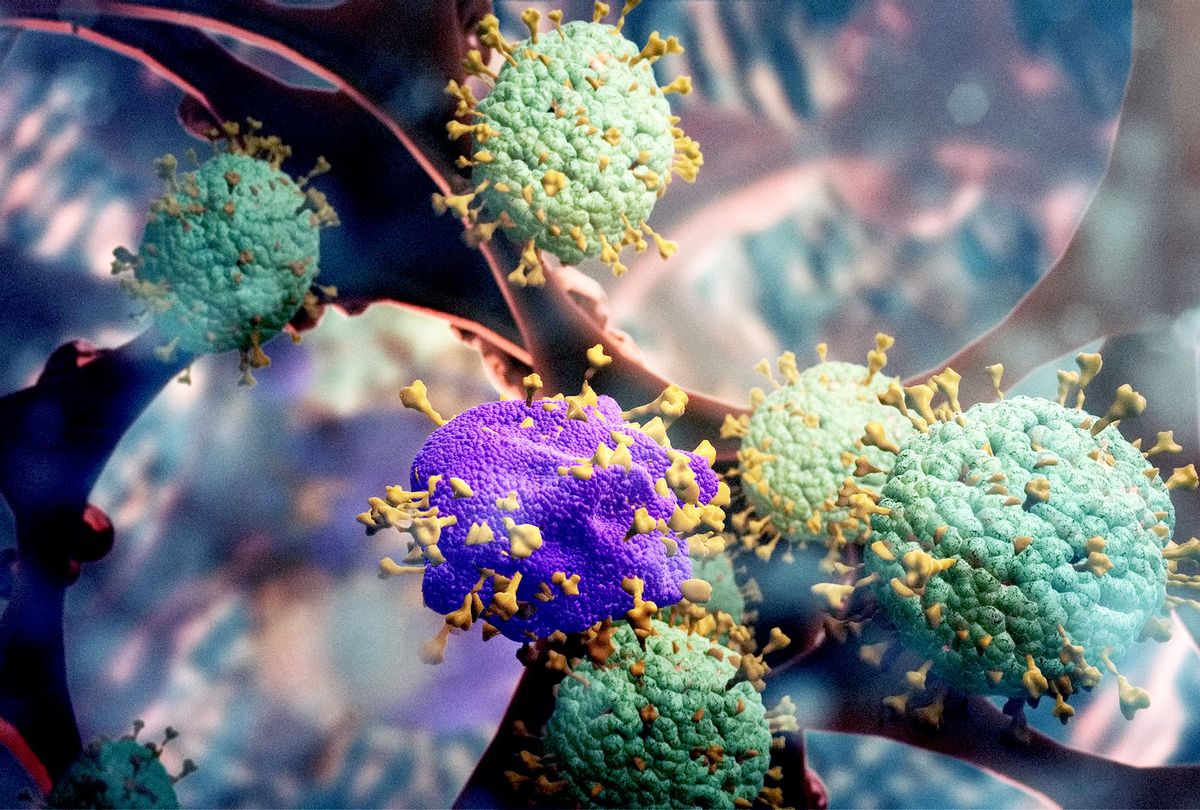 Last month's good news about the distribution of multiple coronavirus vaccines are punctuated by a sour note. After pharmaceutical companies Moderna and Pfizer announced their approved vaccines for the novel coronavirus, it was reported in December that the virus had mutated in the United Kingdom and become more infectious. Then, earlier this month it came out that a mutant strain in South Africa, 501Y.V2, altered the spike protein which the virus uses to enter human cells — and which the mRNA vaccine was specifically designed to combat.

Mutations are, to some extent, inevitable: every living and evolving thing mutates as it reproduces, from spiders to humans to viruses. But if a vaccine is tailored to a specific RNA sequence of a virus, mutations threaten to stunt their ability to work, depending on the mutation.

For now, scientists think the vaccines will still work on these new strains. But that doesn't make their appearance less alarming.

Dr. Dylan Morris, a postdoctoral research scholar at UCLA, told Salon that the new British strain, known as B.1.1.7, was more "transmissible" but probably not more "severe." "I think transmissible is definitely the word to go with because that highlights what we do know and what we don't know," Morris said. "Even if the disease severity isn't increased or even if it decreases by a small amount, 'more transmissible' is still a very scary thing at this point in the pandemic, because that could result in faster spread and faster exponential growth."

Having a more transmissible variant going around creates a new race against time, Morris said, for vaccination: The faster that vaccines are distributed, the less potential the new strain has to spread.

Dr. Russell Medford, Chairman of the Center for Global Health Innovation and Global Health Crisis Coordination Center, said that the "mutations in the spike protein" on the new variants in South Africa and the United Kingdom "do not confer any resistance to the vaccines that are currently developed and being developed." He said the data suggests that these mutations won't affect the vaccines' effectiveness.

"The way to think about the way the vaccine works is it recognizes the shape of the virus, and right now, particularly the part of the virus that we're talking about is the spike protein . . .  you should think of it as kind of a lock and a key," Benjamin told Salon.

"So that spike at the point of it is not actually a point. It actually has a shape to it. And that shape is like a key and it fits into a receptor like a lock on the cell surface. And when it does that, that's how that helps it get into your cells."

As Benjamin put it, the COVID-19 vaccine "attaches itself to the virus and in doing so, it also stimulates your body to create more antibodies to basically attack the spikey thing. And that's how they recognize the virus. And then they basically drag it off to be destroyed."

With that in mind, Benjamin argued that while the South African mutation makes it possible that the novel coronavirus will be able to escape detection from your immune system, public health experts have already dealt with situations where diseases evolve.

"These viruses mutate frequently, and sometimes those changes have no big deal at all, and sometimes they change so they either become more likely to be able to attach to your body or they can escape the vaccine because they changed their shape so that the vaccine doesn't recognize it," Benjamin explained. If that happens, we may have to follow the example we already use in treating the flu — a virus that changes every year, Benjamin said, just enough so that a new vaccine is needed.

As for the British mutation, Morris used a metaphor to explain how we should approach handling that in a way that will save lives.

"The bad news is we might need to do more," Morris told Salon. "The good news is that this isn't magic. We know that the same things that worked before should still work. It's just a question of, we may need to be that much more careful, have that many fewer little leaks. You may have seen the Swiss cheese model, is one way people put it. You can think about it as a series of leaky plugs to try to stop the flow, and each one isn't perfect, but the more you put in place, the less is going to get all the way through all of them."

He added, "The problem is when you're dealing with something that's a little bit easier to transmit, each little leak needs to be that much less leaky."

"If we are going to control the virus, you may have to heighten our control measures in addition, which include people taking more precautions while in public," Lessler told Salon. "So wearing a mask and social distancing at six feet is not enough. I think those are still the best things you can do, and avoiding poorly ventilated, enclosed areas, and washing your hands, etc. are still the right control measures. It's just we need to increase the vigilance on that. Nothing's changed about how the virus spreads. It's just more effective at doing it."