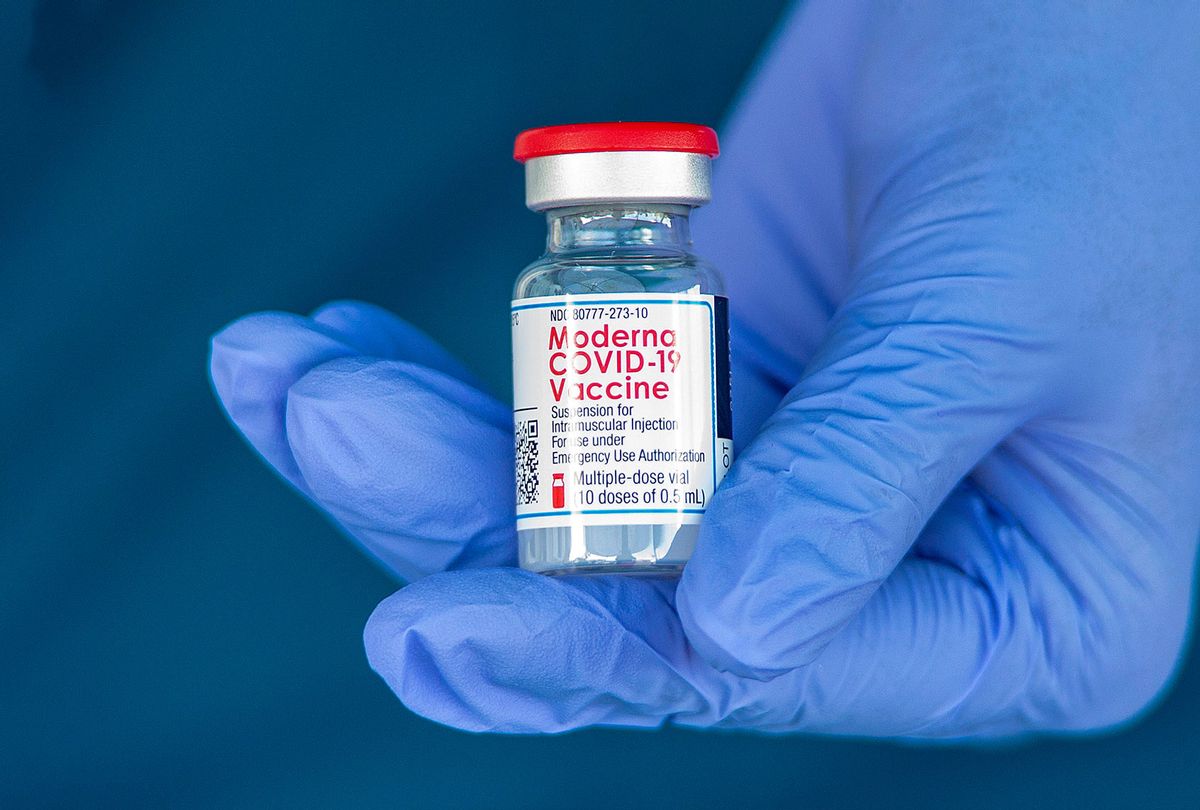 President Donald Trump's administration announced on Tuesday that they are accelerating the release of vaccines to the American public, altering guidelines in ways similar to those proposed by President-elect Joe Biden.

The new federal guidelines will urge states to open up the process of receiving vaccines to everyone over the age of 65, according to a report by Axios. The guidelines also recommend that any adult with a pre-existing condition that would put them at greater risk of serious infection be able to receive one of the COVID-19 vaccines manufactured by Pfizer/BioNTech or Moderna.

In addition, the government is urging states to give people their second shots now — both vaccines require two shots — instead of holding back doses for the second shot, in order to give the initial inoculation to as many people as possible.

Finally, Secretary of Health and Human Services Alex Azar announced on Tuesday that he is assisting the states in setting up mass vaccination sites.

Trump's administration is not taking the lead on any of these policies. Biden already announced last week that he plans on releasing almost every available dose of the coronavirus vaccine once he takes office, a position that put him in opposition to Trump's previous policy of holding on to half of the vaccines to make sure that second doses are available. Eight Democratic governors also wrote a letter to the Trump administration urging them to release all of the vaccines as the COVID-19 pandemic continues to rage throughout the states.

Up to this point the federal government has merely asked states to follow guidelines established by the Centers for Disease Control and Prevention (CDC) via a panel that provides them with advice known as the Advisory Committee on Immunization Practices (ACIP). ACIP recommended that health care workers and residents of retirement homes should have initial access to the vaccines because they are most vulnerable to being exposed to the disease and there are limited supplies of the vaccines. The panel voted nearly unanimously on these recommendations, with 13 scientists supporting it and only one opposing it.

As of Jan. 4, only slightly more than 4.5 million Americans have received either the Pfizer/BioNTech vaccine or Moderna vaccine and only 15.4 million doses were distributed across the country. The Pfizer/BioNTech vaccine alone was supposed to have 25 million doses ready for across the country by the end of December. There are stories of vaccines being wasted for reasons ranging from the need for very cold storage conditions and properly trained technical support staff to figuring out the best facilities at which to distribute the vaccine.

"A desperate President in his final days promises a new vaccine policy," Dr. Richard D. Wolff, professor emeritus of economics at the University of Massachusetts Amherst, told Salon by email. "This admits that the old policy was a failure (20 million vaccinations promised by 2020's end but only 2 million actually occurred). Trump wants us to forget that the system (not just him) failed to be prepared for the virus and failed to contain it (unlike many countries with far fewer resources than the US). What appears underway now is failure too with the vaccination program."

"I no longer have any idea what and why new 'plans' are being directed!" Sommer wrote to Salon.

He noted that "local distribution (actually getting vaccine into people) is a huge mess, and clearly a major obstacle. . . All levels of government have had 10 months to plan and to run practice organizing and immunizing and few have done so."

Sommer pointed out that the government has not only failed on a number of levels to vaccinate millions of people, they have also fallen short when deciding who would do the vaccinating and where. "That has meant huge stocks at the Federal level can't be distributed because the government doesn't where they are ultimately be sent — the need for ultra-cold storage facilities has meant only a limited number of sites could accept large amounts of vaccine, but their access to and ability to reach those who need vaccination are not well-matched."

Dr. Monica Gandhi, infectious disease doctor and professor of medicine at the University of California, San Francisco, described Trump's new policy as "sound." Gandhi noted how the initial vaccine rollout "justifiably advocated for a tiered approach to COVID-19 vaccination, prioritizing high risk groups and essential workers first." She added, "although we agree prioritization initially made sense, a rigid approach to offering vaccination in a tiered approach has led to slow rollout of vaccinations."

The new plan drops the age definition of an "older" individual, putting it at 65 years old, Dr. Gandhi said, meaning the vaccine can roll out "more quickly to vulnerable groups."

Dr. Russell Medford, Chairman of the Center for Global Health Innovation and Global Health Crisis Coordination Center, said Trump's new policy could save lives "if all the elements of the new policy described by Secretary Azar are effectively implemented."

"These policies are similar to those proposed by President-elect Biden so I am hopeful that the implementation of these changes will be rapid, effective and based on a coordinated, national plan under Federal leadership, such as the Centers for Disease Control, in the new administration," Medford added.