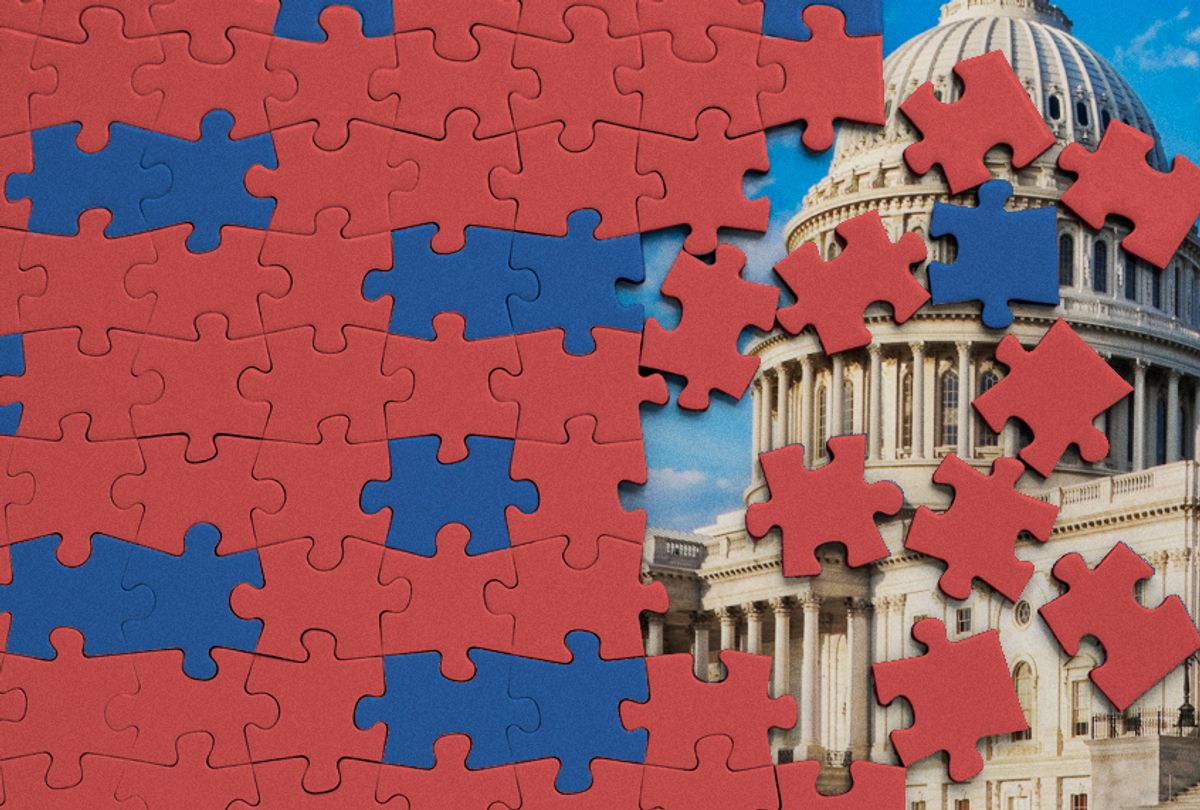 Last August, more than one hundred Donald Trump supporters gathered in front of a Flagstaff, Ariz., gun store for a rally. The "Team Trump On Tour" bus dominated the shopping mall parking lot. U.S. Rep. Andy Biggs, the chairman of the House Freedom Caucus, spoke to the crowd.

Then, in September, Trump backers gathered again at Timberline Firearms and Training, this time for a "shooting day" to support the president.

Now, the owner of that gun store, Robert Wilson, has been selected one of the five finalists to become the powerful chair of Arizona's redistricting commission — the supposedly independent, and almost certainly decisive voice on a five-person board (along with two Democrats and two Republicans) who will determine this swing state's legislative and congressional districts for the next decade.

Wilson might be a registered political independent. But "hosted Trump rallies at his gun store, with a speech by the Freedom Caucus chair" doesn't inspire confidence in his actual independence or his ability to be the fair-minded, scrupulous arbiter that this position requires.

Indeed, someone fair-minded might look at the list of five finalists recently selected by the state's Commission on Appellate Court Appointments — an ostensibly nonpartisan personnel board — and wonder if the Republicans are trying to ratfuck Arizona's independent commission before a single line has even been drawn.

Four of the five finalists, while registered as independents, have either strong public opinions, or close ties and/or financial interests through jobs, family and partners into the state's political power structure.

Those opinions and connections largely lean in the same direction — toward Arizona Republicans.

If the Commission on Appellate Court Appointments — yes, CACA for short, because you can't make this stuff up — produced a list of names overwhelmingly likely to give Republicans that 3-2 edge on the independent redistricting commission, well, that might not be a coincidence either.

Gov. Doug Ducey, a Republican, has stacked CACA with loyalists throughout his time in office, and, for more than a year leading up to this appointment, refused to name any Democrats at all to this quietly influential board. Democrats accused him of conducting "sham interviews" for the board.

"This is a long-term, dual-pronged strategy to bias the independent redistricting commission," said State Sen. Martin Quezada, a Democrat, who has been ringing alarms about the politicization of this commission for years.

"This has been a neutral board over the years. This governor stopped appointing Democrats and packed it with Republicans and a couple independents — but the independents always seemed to be married to people in the administration or reliable lobbyists."

The four commissioners already named to the commission — two Republicans and two Democrats, vetted by CACA and then selected by the majority and minority leaders of Arizona's state house and senate — will meet Thursday and begin the process of selecting their chairperson from the five finalists. It could take as long as two weeks.

If those four partisan members deadlock, as seems likely, the tie-breaker would essentially go to the Republicans. Under that scenario, the decision would then revert to CACA. That means, for example, if the two Republicans dig in their heels and insist on Wilson, the gun shop owner, as chair, and Democrats refuse to yield, CACA could simply appoint him — or another of these seemingly less-than-independent independents — anyway. It certainly doesn't give Republicans on the commission incentive to compromise now.

All of this has national political implications: It could hand Republicans a crucial advantage for the next decade in a state that has become so competitive that it was narrowly carried by Joe Biden in November and now has two Democratic U.S. Senators. A commission biased toward Republicans would give them a leg within the state's congressional delegation at a time when control of Congress remains tight. It could also help the GOP maintain control of the state legislature, which in turn, could lead to additional voter suppression in a state where that has become increasingly commonplace.

The patient, long-term GOP chicanery here is yet another sign of how committed the party remains to continuing the advantages it won in Congress and state legislatures through redistricting in 2010 and 2011, and stretching them into another decade. New districts will be drawn nationwide this year, after the Census Bureau releases data to the states.

"It's pretty obviously going to be a right-leaning commission at the end of the day," Quezada told me.

Just what kind of CACA is happening in Arizona? The five finalists, from among more than 25 applicants, include the Flagstaff gun store owner as well as:

The fifth candidate, Gregory Teesdale, a long-time developer and venture capitalist, is the only finalist without an apparent connection that could potentially be considered a conflict of interest.

"It was a very disappointing process to watch unfold," says Franny Sharpe, the deputy political director of the Arizona Democratic Party. "It just confirmed everything that we had feared."

In December, an Arizona superior court judge rejected an effort by Democrats to disqualify Wilson and Loquvam. In Wilson's case, the judge ruled that the state constitution didn't require the chair to be an actual independent, just registered as one for at least three years. With regard to Loquvam, the judge interpreted "lobbyist" narrowly; he is registered to lobby the state Corporation Commission, not the legislature.

Nevertheless, Loquvam certainly has the kinds of political connections that could well undermine the very notion of moving the line-drawing power from politicians to the people. As the Arizona Mirror reported, he worked for Pinnacle West, the company that runs the massive Arizona Public Service utility, which "has spent millions against Democratic candidates for the Corporation Commission," seeking to install more utility-friendly regulators on the important board. The APS, meanwhile, according to the Mirror, "secretly funded" its campaign for "friendly regulators" by "laundering the money through the Arizona Free Enterprise Club." Those activities, in turn, were led by Loquvam's sister, Pacheco.

"Put the law aside for a minute and just look at those two individuals. It's pretty obvious, Quezada says. "When someone's having a Trump rally at their gun store, not super-independent. A lobbyist. That might be a standard that could be adopted." (Wilson denied the rally was intended to support a candidate, and said he is a "strong advocate of an informed electorate.") Quezada says he believes the other three candidates "lean Republican, for sure," but that all Democrats can hope is that their lean is "not as obvious as the other two."

Arizona's commission, of course, was intended to get the politicians, political cronies and other self-interested parties out of the business of drawing districts. It hasn't worked. Indeed, it might be the leading national example of why a poorly designed independent commission does next to nothing to actually improve the drawing of fair lines.

Arizona's commission places the burden of drawing lines onto five people. Four of them are essentially chosen by lawmakers. One person must stand between the two political parties. It's an impossible task — and of course one that both parties will look to warp to their own advantage. Democrats believed that Republicans got the better of the commission after 2000. Republicans thought Democrats worked the rules better than them after 2010. One former GOP member of the commission told me for "Ratf**ked," my book on the weaponization of partisan gerrymandering, that in 2020, his party would look to dominate the appellate court application process.

"Next time," Scott Freeman told me, "it will be game on." Next time has arrived.