Caligula, Roman emperor from 37 to 41, was notorious for his debauchery. His infamous garden was his Mar-A-Lago 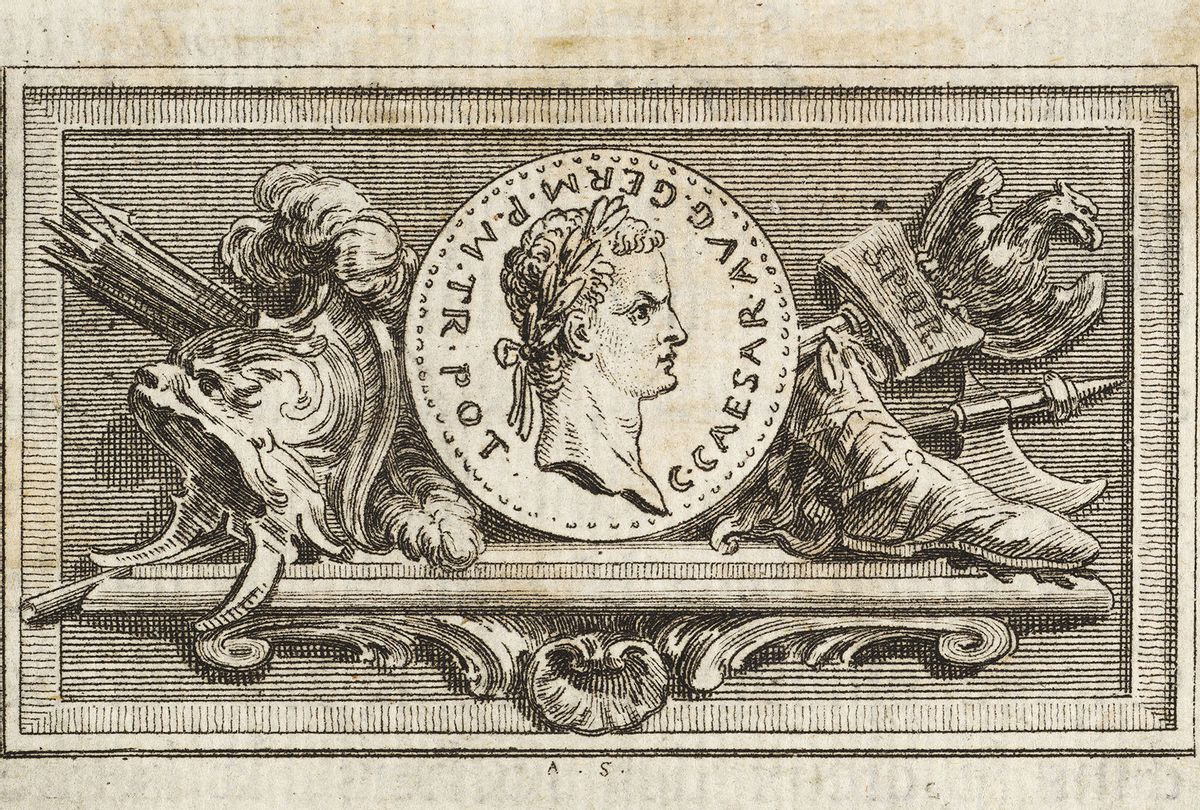 Nearly 2,000 years ago, a Roman emperor known as Caligula briefly reigned over much of Europe, the Near East and northern Africa. Ancient historians describe him as a megalomaniac, a pervert and utterly incompetent — a malevolent fool overwhelmed by his job and more focused on indulging in luxuries than serving the people of his realm.

Now Horti Lamiani — an extravagant imperial garden spread out on Rome's Esquiline Hill where Caligula reportedly partied, bathed and kept exotic animals for private circus games — is being opened to the public.

Known as the Nymphaeum Museum of Piazza Vittorio, the subterranean exhibit will include sections of the garden that were discovered by researchers under the remains of a condemned 19th-century apartment complex. The site was slowly excavated between 2006 and 2015 and contained a treasure trove of artifacts from the era: The bones of lions, deer, bears, peacocks and ostriches; gems, jewelry, pottery and ceramics; and even a theater mask and seeds ranging from apricots to acacia. To many scholars, this is the pleasure garden of Caligula (full name: Gaius Caesar Augustus Germanicus), who ruled over the Roman empire from 37 AD to 41 AD.

Not everyone agrees with that theory.

"We must be cautious in the way that we interpret archaeology," Anthony Barrett, a professor at the University of British Columbia, Vancouver and the University of Heidelberg who wrote a biography of Caligula, wrote to Salon. "The excavations that have recently taken place are quite spectacular, but no link with Caligula has in fact been established."

Regardless of whether these objects were specifically present during Caligula's reign, scholars agree that they teach us a great deal about the behavior of Rome's wealthy and powerful.

"What is perhaps most interesting about estates like the Horti Lamiani is the fact that the Romans used gardens with lavish, exotic plantings and expensive decor as a primary means to advertise their wealth, power, and taste, a means of personal display learned from the rulers of the now-conquered Ancient Near East (modern Middle East)," Annette Giesecke, professor of classics at the University of Delaware, told Salon by email. "To live like a true, noble Roman became to live like a Persian."

"The finds certainly confirm what anyone would have expected of these gardens in the center of Rome—that they were luxurious in decor and design," Shaw wrote to Salon, noting that he was only familiar with the reports from a recent New York Times story. "The animal bone finds look very interesting. They might hint at the existence of an animal park/zoo as part of the complex—but I really would have to see more about the context of the finds to be certain."

Katherine T. von Stackelberg, a professor of classics at Brock University, also told Salon that the findings confirm what scholars already knew about the opulent lifestyles of the ancient Roman elites. The gardens "were very luxurious and stuffed with fine sculpture, coloured marbles, fountains etc.," she wrote to Salon.

And what kind of ruler was Caligula himself?

"It is deeply ironic that Caligula, a sweet nickname meaning 'little boots' and given him by the army under his father Germanicus' command, is utterly out of sync with the reputed character and actions of this man," Giesecke explained. She described how Caligula's tenure is generally regarded to have begun "auspiciously enough," but that historians like Suetonius claim a fever led to a radical change in his behavior, causing him to be "credited with acts ranging from strange and narcissistic to utterly cruel and depraved." These included allegedly executing people for looking down on him from above because he was self-conscious about his balding hairline, banning any reference to goats in his presence because he was ashamed of his excessive body hair, instituting a horse named Incitatus as one of Rome's chief magistrates and engaging in incestuous relationships with his three sisters.

"To what degree Caligula's reputation aligns with truth is difficult to say, given that history is never recorded without bias, even if unintentionally," Giesecke noted. "In any case, it does seem to be the case that Caligula's reprehensible actions, whatever their true nature, outweighed the good."

Barrett echoed these observations, telling Salon that ancient Roman historians like Suetonius and Cassius Dio were "prone to repeating gossip and salacious tales without discriminating between what is plausible and what is nonsense." One thing he did assert, though, is that Caligula was still a significant historical figure "because he was the first of the Roman emperors to be handed absolute power in a single act of legislation by the Roman senate in AD 37. Also he was the first emperor to attain power with the help of the Praetorian guard, something that became a fairly common phenomenon afterwards."

Bridget Buxton, an associate professor of ancient history and Mediterranean archaeology at the University of Rhode Island, perhaps summed up the most important takeaway from Caligula's reign, at least as it pertains to the modern era.

"Caligula was young and had absolutely no relevant experience for the job, which might have seemed like a breath of fresh air at first, but soon turned into a nightmare as he proved to be a cruel and incompetent ruler," Buxton wrote to Salon. Buxton also agreed that the ancient sources that write about Caligula are not entirely reliable because they are so hostile, but presciently added that when it comes to historical significance, his reign serves as "another reminder of what happens to Republics when they start thinking monarchy is a good idea."

Correction: An earlier version of this article accidentally wrote down the incorrect academic information about Katharine Von Stackelberg. I apologize for the error.