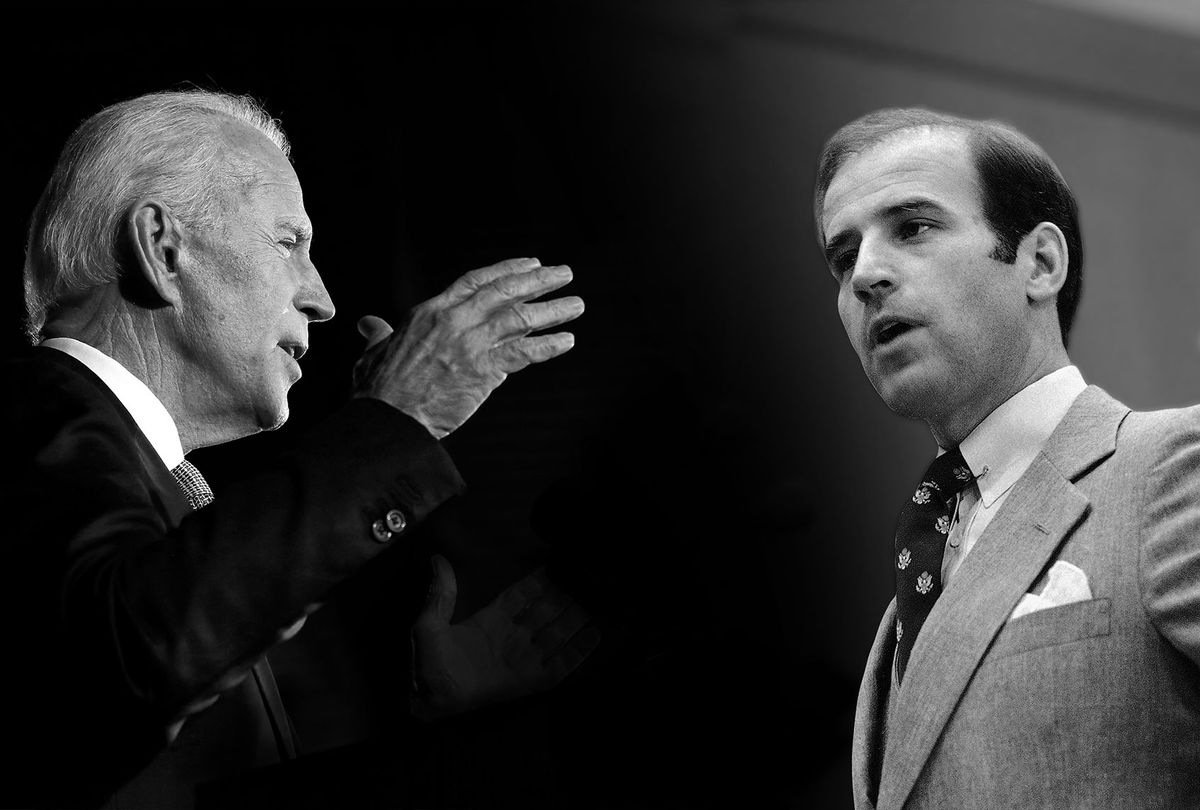 Decades of producing "Frontline" profiles about government leaders has made Michael Kirk an accurate predictor of what type of president a person will be. This comes with the territory of being a prolific documentary producer, but Kirk's experience makes him uniquely qualified to declare in such cases that personality is destiny.

He said this during an interview that took place weeks before the late September premiere of "The Choice 2020: Trump vs. Biden" – before Joe Biden defeated Donald Trump in November; before Trump's supporters refused to acknowledge the election results; before the deadly Jan. 6 riot in which Trump-supporting paramilitary extremists breached the Capitol building in an attempt to stop congress from certifying Biden's win.

"President Biden" makes its "Frontline" debut on the eve of Joe Biden's inauguration, and essentially it expands Biden's half of "The Choice" into a full hour entirely devoted to him. Instead of being a retread, it fully explains how and why Biden, a man who ran for president three times over the course of  along career, finally won. More than that, it gets to the heart of why American voters chose him for this moment, and what his method tells us about his leadership.

In the context of our previous conversation when Kirk made that "personality is destiny" remark he was talking about Trump and how in 2016 and 2020, Trump's ego profile provided plenty insight into what kind of leader he would be.

Kirk's view is consistently true of every politician and president he's profiled. While he cannot predict the policies they will enact, he's one of the best at distilling the essence of a politician's life method into a compelling hour of television that helps us to understand what or whom we've voted for.

And in the wake of the far-right's failed insurrection, and after watching the vast majority of House Republicans vote against impeaching Trump for inciting it, what "President Biden" tells us about what we can expect from our 46th Chief Executive is reassuring and worrisome in equivalent measure.

Many of the scenes shown in "The Choice" are repeated here, but the crux of the documentary's singular thesis about Biden crystallizes around the 36-minute mark when the experts discuss what they refer to colloquially as "the Obama halo."

This refers to Barack Obama's selecting Biden as his running mate in 2008 even after Biden referred to him in 2007 as "the first mainstream African-American who is articulate and bright and clean and a nice-looking guy." Obama selecting Biden was a clear signal to American voters about his style of leadership and his capacity for forgiving and moving forward.

More than this, it was a strategy for winning over white voters uncomfortable with non-white politicians. From Obama's side of things, if people who might say something along the lines of what Biden said can see him forgiving and embracing someone like them, perhaps they'll be comfortable voting for him.

The documentary doesn't specifically say this, to be clear, but by the time we reach that mark, "President Biden" has painted Biden as a man of determination and ambition and a figure of suffering and tenacity, who has stumbled significantly despite his good heart and best intentions.

Among many Americans Biden is known as a national political figure who came from a modest background and lost his first wife Neilia and one-year-old daughter Naomi in a car accident that happened a few weeks after he won Delaware's 1972 Senate race. His sons Beau and Hunter survived that crash, and Beau went on to launch his own political career before he died of brain cancer in 2015. People also know Biden overcame a massive stutter, an attribute that gave him early experience with being bullied and marginalized.

Whatever determination that manifested in him also made him prone to reckless mistakes. Various examinations of Biden show him as a politician who built his success on what he perceives to be the displays of success and power propelling other popular politicians.

Emulating that success got him in trouble, as has his demonstrated hesitancy with going against tides of popular opinion.

There was the time when he took a moving speech made by British Labour Party Neil Kinnock and presented it as his own in 1987. There was his mishandling of Anita Hill's 1991 Senate testimony alleging sexual harassment from Clarence Thomas, who was at that point a Supreme Court nominee. Among other criticisms, then-Senate Judiciary Committee chairman Biden didn't allow testimony from three women who also had stories about Thomas.

And then there were the many questionable policy stances over the years for which he had to answer including, and famously, his opposition to school busing in the 1970s.

In many of these cases Biden has had to explain himself or just as often express regret for his actions. Parallel to this narrative in "President Biden" is the man's association with loss and sorrow, and his public expressions of empathy to the grieving, along with his dedicated outreach to Black voters over the decades, the demographic that has propelled him to victory from the earliest days of his career.

These factors play as potent a role in explaining Biden's appeal to the mainstream as anything else, in that he appears to be a plainspoken, humble figure who takes responsibility for his biggest gaffes but over many years of practice demonstrates a strategic shrewdness.

He stumbles, learning from each mistake and often takes his cues from successful examples set by others. After all, would he have selected Kamala Harris as his running mate if Obama hadn't chosen him to be his vice president more than a decade ago?

"President Biden" spells out the benefits and drawbacks of this truth as it concerns Biden, a man tasked with leading America through one of its darkest eras. His capacity for empathy is cited as a quality that will serve him and us well when it comes to handling the pandemic.

But will it be his Achilles heel when Republicans insist he make good on his promise to reach across the aisle even as they hide their hands in their pockets? And how will that impact his efforts to start the healing process in matters of the environment, the economic, and racial justice?

When I wrote about "The Choice 2020" I observed that Biden's reputation as a man who some familiarity with grief and resilience is likely to appeal to those seeking a comforting leader after surviving four years of instability and strife. "President Biden" underscores this again while making the viewer wonder whether comfort and compromise are what we need at a time when half the country has little to no desire to acknowledge the necessity or value of either.