You think 2020 was the year of sourdough? Look back to the Gold Rush

Sourdough starter was a lifeline in 1849, too 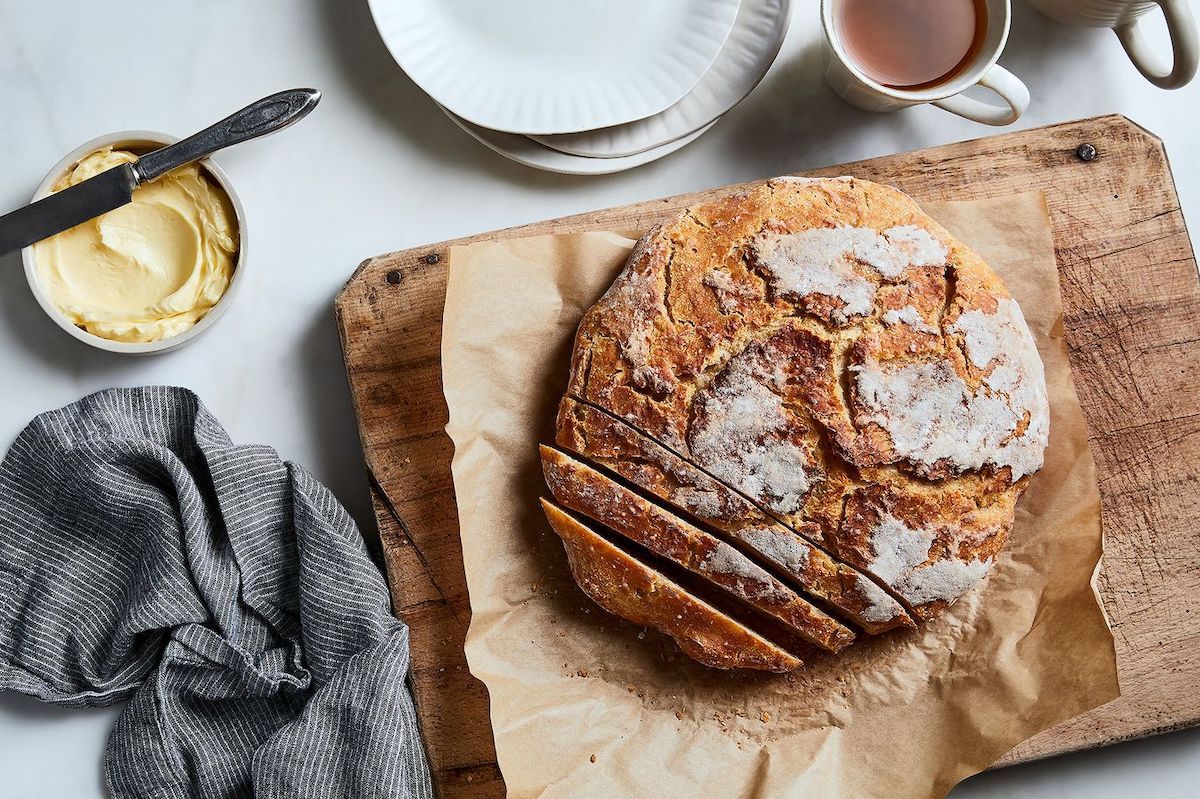 When the discovery of gold near Coloma, Calif., in 1848 ignited a massive influx of prospectors to the area from other regions of the United States, as well as Europe, Asia, and Australia, many arrived with little more than the clothes on their backs. Among the few prized possessions brought along for the journey were jars of sourdough starter — the mixture of fermented flour and water used to make bread without commercial yeast — that held the promise of a full belly. To thousands of hopeful (and hungry) miners who risked it all in pursuit of striking it rich, those jars of cultivated wild yeast represented a semblance of stability and a taste of home, even amid backbreaking work and an uncertain future. Legend has it that the miners even hugged their starters at night to keep the cultures warm and help them survive.

Sourdough starter served as a lifeline to which the miners literally clung. Due to the sudden population explosion, farms couldn't keep up with the surge in demand, rendering affordable food an elusive commodity in many parts of the state. Moreover, the discovery of gold excited locals, too: As California's farm workers left their agricultural jobs to pan for gold, farms that had once supported the state's economy sat abandoned. Local food merchants, smelling opportunity as droves of miners rushed the goldfields, inflated prices on everything from fruit to flour: A single egg could command as much as $3 (more than $80 per egg in today's dollars). Suffice it to say, many merchants struck more riches than gold miners; after traveling thousands of arduous miles to stake their claim to wealth, most hopefuls in the mining camps ultimately made little money. Faced with limited funds and resources, the miners could extend a small amount of purchased flour by mixing it with sourdough starter — a more affordable solution than buying a fresh loaf of bread.

Perhaps because the move to California introduced new bacterial inhabitants into their starters, many miners found that their bread took on a sharper sourness than they were used to — a tang that has since become one of the defining traits of San Francisco's renowned sourdough bread. As the city's bread fame grew, a rumor circulated that the strain of bacteria (found in the starters' wild yeasts) responsible for San Francisco sourdough's distinctly tart flavor simply could not be produced anywhere else. Though this has been disproved — the bacteria has since been found in sourdough loaves all over the world — Lactobacillus sanfranciscensis remains named after the City by the Bay, a nod to the era that cemented sourdough as part of San Francisco's identity. The popular Bay Area chain Boudin Bakery actually got its start during the Gold Rush, later trademarking its signature loaf as "the Original San Francisco Sourdough." All these years later, Boudin still makes its sourdough from a gold miner's starter—though it was nearly destroyed in 1906, when a major earthquake forced an emergency evacuation: "Louise [Boudin, the bakery's matriarch] grabbed a bucket of the original starter before running to safety," writes Erica J. Peters in "San Francisco: A Food Biography." "She instinctively protected the 'mother dough,' which linked Boudin's bread back to its beginnings."

Following the Gold Rush, other Bay Area bakeries, like Parisian and Larraburu Brothers, became renowned for their bread, serving sourdough to the city for decades before eventually closing their doors. Today, San Francisco sourdough lovers still have plenty to choose from, with Tartine, Semifreddi's, Acme Bread Company, and more working to maintain the city's bread reputation. (Even the mascot of San Francisco's 49ers football team — the beloved Sourdough Sam — pays homage to the city's favorite bread.)

Nearly two centuries later, 2020 proved another period during which many pantry staples again became more expensive or difficult to obtain, though this time fueled by panic rather than the hardships of building a new life. When the pandemic became tangible to most Americans last March, grocery store shelves (particularly those holding flour and yeast) sat empty for several weeks in the wake of hoarders buying more shelf-stable goods than they needed. This snag in the supply chain meant businesses had to introduce purchase limits on certain items, and many shoppers left their local supermarkets without the goods they were searching for. During this period, sourdough starter once again emerged in mainstream popularity as an anchor in the turbulence, a way to create a staple food when the store-bought version wasn't guaranteed. Flour was conserved, stretched, and embellished into something comforting — even when the outside world felt anything but.

Perhaps humans have an inherent desire to spend more time in the kitchen when day-to-day comforts become uncertain. Indeed, the emergence of sourdough bread as a staple during the Gold Rush, paired with the thousands of loaves of sourdough baked during the pandemic, imply that times of unease force us to reclaim the sense of assurance that comes from making key foods entirely from scratch.

That intrinsic need extends beyond baking; the same impulse has encouraged many during the pandemic to experiment with windowsill gardening, practice at-home fermentation techniques, and embrace zero-waste cooking practices. Even home-cooking novices attempted to plant their own cucumbers and zucchini, then experimented with pickling and canning their pandemic harvest. After all, the process of self-reliantly putting food on the family table while minimizing dependence on outside sources can be deeply grounding, whether the motivation is attributed to practical need or temporary distraction.

Baker feels that such projects are more profound than a means to break up the day. "A lot of people were looking for that type of emotional experience of something comforting, something familiar, something that would allow them to feel connected to their ancestors and people from the past," he noted.

For many during the time of stay-at-home orders and quarantines, the act of nurturing a sourdough starter was a positive and rewarding activity that instilled a sense of routine, resourcefulness, and achievement (not to mention tasty sustenance). And for those who invested the time and effort to properly understand and care for their yeasts, the starters were a gift that kept on giving. "The loaf of bread is just one stop along the journey," added Baker, who uses starter in non-bread foods like pizza dough and pancakes, to name only two. "It's just so rich in opportunities."

Of course, there's a chance that pandemic-induced interest in baking, fermenting, and other economical kitchen hobbies may fade when the world returns to normal. However, tastes and behaviors, once forged, often do become ritual. After all, in San Francisco, the heart of sourdough continues to beat as strongly as ever, deeply embedded into the very fabric of the city. Perhaps, being born out of necessity is exactly why the city's bread has so firmly stood the test of time.