"Miss Scarlet" and the case of the Victorian outsiders 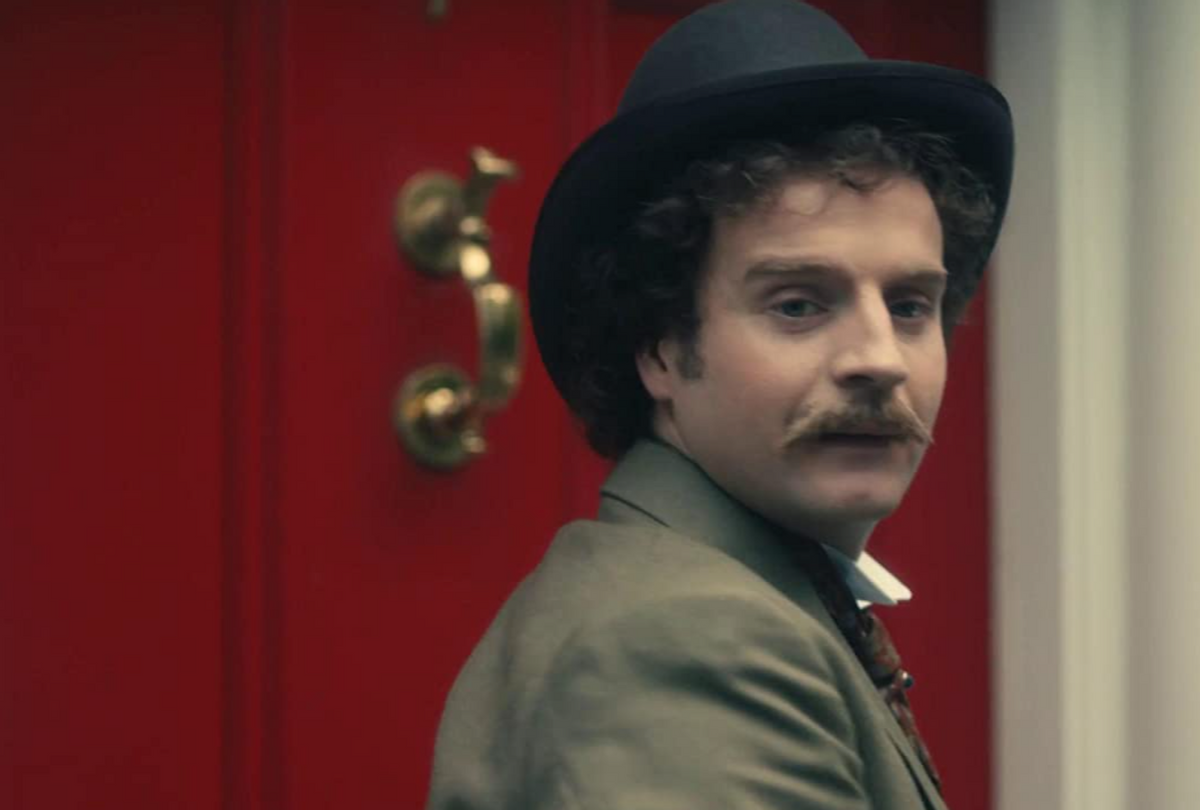 The following contains spoilers from "The Woman in Red," Episode 2 of "Miss Scarlet & the Duke." For a non-spoilery read, check out Salon's review.

While today's viewers may immediately comprehend Rupert's meaning, it's not until he refers to "a man whose taste does not lie with women" that Eliza understands. Despite being a sharp and progressive detective, the sheltered Victorian young woman probably only at that moment realized that a person could be gay. (Despite the popularity of Victorian-set romance novels, women of the time were not expected to think about sex at all, and the terms "homosexual" and "heterosexual" weren't in use at the time.) It's part of Eliza's awakening to life's realities that began with inheriting her father's private detective business upon his untimely death.

Rupert's revelation is tied to Eliza's latest case involving the murder of Sebastian Ridley, despite detective William "Duke" Wellington (Stuart Martin) preferring that she stay out of Scotland Yard business. Eliza had entered the morgue without permission and, glimpsing a tattoo of a dark rose on Ridley's body, recalled seeing that same flower adorning the lapel of one of Rupert's friends.

"Victorians had all these different meanings using floriography, the language of the flowers," series creator Rachael New said in an interview with Salon. "If you have roses sent, that might mean betrayal or violence or jealousy. They had all of these emotions attached to the different flowers."

While people have attached symbolism to flowers throughout the centuries, this specific type of floriography gained popularity in the Victorian era in both England and America. While courting couples no doubt exchanged bouquets imbued with tender sentiments, this method of communicating could also be used as a code for less amorous purposes. In Netflix's YA Sherlock adventure "Enola Holmes," the detective's teen sister uses floriography to trade messages through newspaper ads with her mother, who has gone underground to plan a suffragist rebellion.

In "Miss Scarlet," the code is more straightforward.

"I wanted to almost create a secret society of how these men knew the other had the same kind of liking for other men," said New. "So I did use flowers for that. The midnight rose was completely fabricated by me. It's a very deep, dark blue rose."

The dead man wasn't just gay, but hosted regular meetings for closeted gay men in his Mayfair tavern, Ridley's Saloon. Such discreet, gay meeting places were common. Although England's death penalty for homosexuality was abolished in 1861 (with the last executions occurring in 1835), homosexuality was still criminalized in 1882, when the series takes place. Rupert's act of confiding in Eliza is not without risk.

"If Rupert was found with another man, you could be looking at 10 years hard labor," said New. "It was absolutely brutal, apart from the fact of utter disgrace for your family. For someone like Rupert, his mother would just socially never, ever be able to get over that. So the stakes are really, really high."

In the reputation-obsessed Victorian age, social ruin wasn't just a matter of weathering a few spiteful gossips, but could destroy one's life. Strict morality and abiding by social mores was crucial to survival. On the show, it makes some sense that Rupert is keen to help fund Eliza's business; it's one marginalized person helping another. Although he cannot be open with his sexuality or partners, he does have the privilege afforded to a white wealthy man. 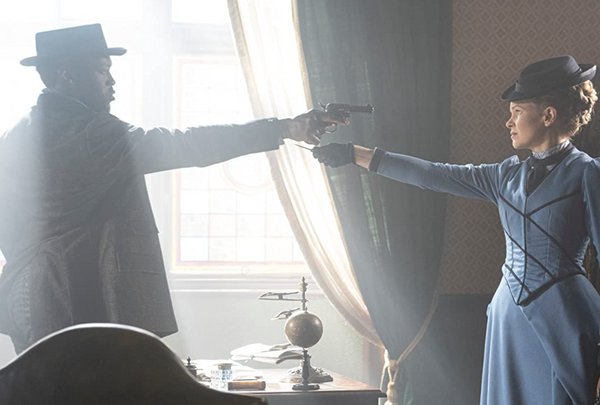 Similarly, New creates a way for Eliza to help Moses (Ansu Kabia), the son of a Jamaican man who had been enslaved in England and later freed, after he loses his employment. With few opportunities given, Moses has often turned to criminal acts to survive, and Eliza hires him to do odd jobs for which his experience is an asset. In this episode, we see him gleefully collecting Eliza's fee from a reluctant client.

"Eliza's an outsider, and I wanted to have all her main resources [be] outsiders too," said New. "So obviously, Rupert is gay. Duke has his own obstacles — he's got this glass ceiling that he just can't break through. And for Moses, if you were a Black man living in Victorian London, you would have had a really hard time. He is a crook, he is a criminal, but they bond and they get each other. Eliza has these resources — Moses, Rupert, Duke — and they help her, but they can often hinder her too."

Modern-day Americans might be surprised that New counts the Duke as one of society's outsiders. As a white man in a position of power, in law enforcement, he can move around England with impunity. Such privilege would not usually make him sympathetic to any of Eliza's marginalized friends, much less Eliza, who wasn't afforded basic rights because of her gender.

And while there are plenty of moments where he fulfills sexist expectations, Duke doesn't blink when Eliza reveals Sebastian Ridley had a male lover. New acknowledges the incongruity in Duke's character.

"It was really important to me that Duke was a 19th century man, because that's what makes the show work with the obstacles that Eliza is trying to get over," she said. "But equally, I had to dance carefully around what type of attitude he would have about Moses, about homosexuality.

"The reality is he would probably have been every horrible thing — a bigot, homophobic, racist — but obviously we can't have our leading man being like that. And so I sort of covered that, in that he is a cop who's been around a long time. As he said in the episode, 'Nothing would surprise you if you've seen what I've seen.' He's a decent man — how we value a decent person now."

"Miss Scarlet and the Duke" airs Sundays at 8 p.m. as part of PBS' Masterpiece.