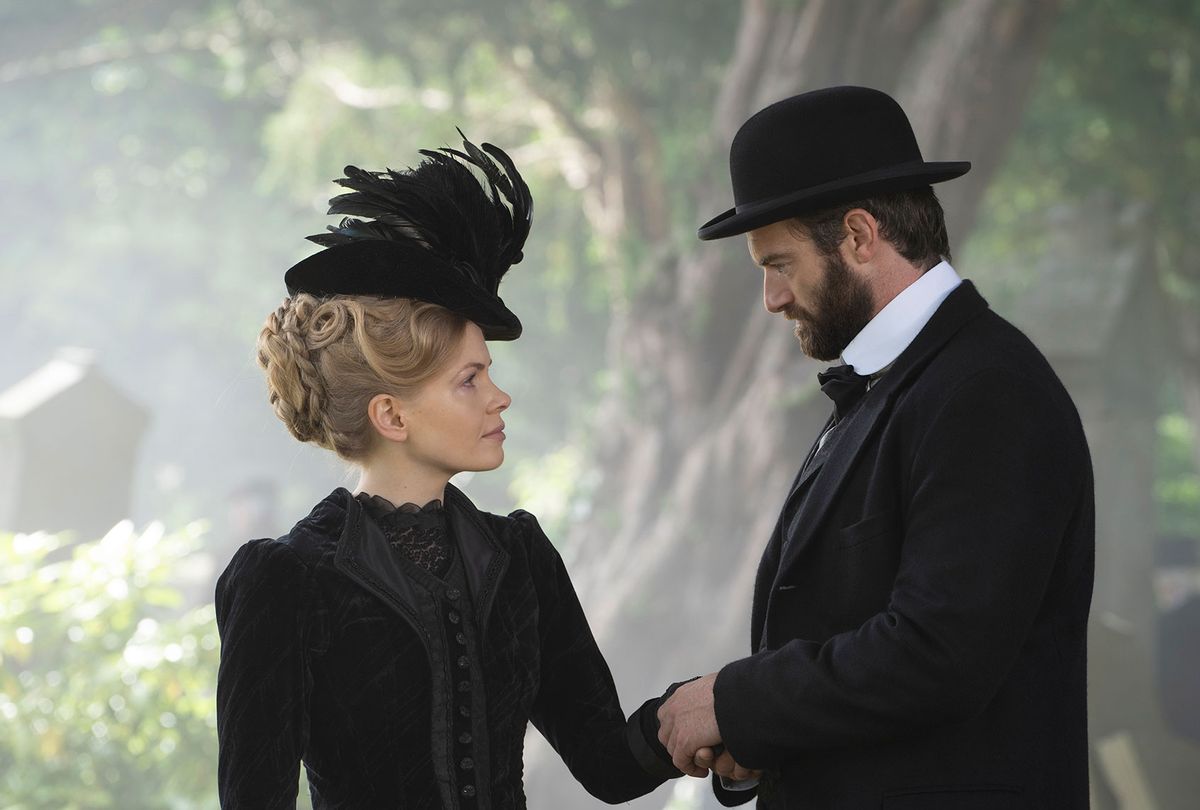 In some mysteries the murder victim turns out to be the perpetrator, with cause of their fatal injury being circumstances of their own creation.

Blame "Miss Scarlet &The Duke" for that musing, a six-part throwback to the pre-"Sherlock"-era of "Masterpiece" when Victorian mysteries could coast on politeness, good tailoring and eloquent conversations about laudanum. Those days died out with opium dens and high collars on dresses.

I'm very aware that "Sherlock" is set in our time, not the late 1800s. The setting isn't the reason that series changed the game; the key is in the writing's pointed crispness, the one-two punch of Benedict Cumberbatch's and Martin Freeman's performances, and the fearless edge of its villains. "Enola Holmes," an entirely unrelated creation living on Netflix that centers Sherlock's teen sister, even takes a few attitudinal cues from "Sherlock" and is terrific fun.

Although Enola and this series' Eliza Scarlet (Kate Phillips, "Peaky Blinders") are contemporaries, the former's motivations are adventure and a quest to find her radical, wonderful mother whereas Eliza's entrée into the private detective game is a matter of survival.

I'll say this – "Miss Scarlet & The Duke" is a killer title, right up there some of the best detective pairings, like "The Scarecrow & Mrs. King" or "Cagney & Lacey" and it's a far sight better than "McMillan & Wife." This also has the unfortunate effect of raising expectations to realms above serviceable that this series does not meet.

Like a Victorian "Veronica Mars" with none of the clever repartee, Eliza's father Henry (Kevin Doyle) instilled in her an affinity for crime-solving from a young age but forbids her to act upon it when she matures beyond her girlhood.

Eliza rebels by sneaking around and attempting to drum up cases in secret, and it's a mostly harmless hobby that nets her a scolding or two from her housekeeper and confidante Ivy (Cathy Belton). Sudden misfortune changes that tune however, and soon enough Eliza is taking on her own clients to make ends meet, becoming London's very first female sleuth.

She does not receive a queen's welcome, however; thanks again, patriarchy. At every turn in her efforts to gather clues and question suspects Eliza is met with some iteration of "This is no place for a lady!" or "A lady detective? Snicker-snicker-snort" or "Please move your lady bits down the block, for murder scenes are the purview of penis possessors." Oh how I wish someone had actually said that third one but, nope. No such luck.

Frustrated and c-blocked, Eliza turns to her friend Detective Inspector William "The Duke" Wellington (Stuart Martin), who obviously wants to get at what's underneath that corset but can't get past how irritated he is at Eliza's insistent intrusion on the He-Man Woman-Haters Club that is his local police station.

And yet he's also overwhelmed by the unsolved cases piling up on his desk and grudgingly acknowledges that Eliza is excellent at what she does even though her female brain is constantly being squeezed by one of the very fashionable hats in her collection. It's their thing: she annoys him, he shakes his head and wags his fingers and is highly put out! She's nearly molested by his fellow cops, he springs her from harm before the situation switches from PBS-appropriate to CBS crime-time.

"Are you a woman or a detective?" Wellington asks during, like, his millionth bout of frustration.

"Why should there be a distinction?" Eliza retorts, and this riposte-free game continues to go round and round, with Eliza bogarting clues and dancing a few steps ahead of him at every turn.

The existence of Victorian-era sexism is not in dispute, and I completely get what creator Rachael New and fellow writer Ben Edwards are aiming for in Eliza's development into an ahead-of-her-time feminist over the first six episodes. The show does a fine job of establishing Eliza's greenness with regard to the subtler politics involved in this line of work; she's always finding herself in the wrong place at the wrong time and getting out of scrapes by the skin of her teeth or emergency efforts of last resort.

Lack of experience isn't this show's crime. The real murderer is the show's total absence of spark, the workmanlike dialogue and uninspired performances. In searching these hours for something memorable to examine about Phillips' performance the only distinct quality I could come up with is the way director Declan O'Dwyer lights her skin. Seriously, you'll want her regimen . . . and men, don't think there isn't anything in this for you, because Martin is working with some truly impressive facial hair.

We've had some fun with his, but allow me to end on an upbeat note and observe that while "Miss Scarlet & The Duke" may be boring and uninspired it's also . . . nice.

Plenty of people are starving for niceness and gentility right now, and this show has it by the wagon. Phillips and Martin's banter is nice, even when he's trying to be mean. Eliza's rapport with a neighbor beaten down him a domineering mother is nice. Even her near-death experiences with criminals turn out nicely. You may find yourself rooting for the bad guys if only to add some pepper to this pot, but nice and bland is something – that is, besides the complete opposite of what the title leads us to expect.