The case for (and against) wearing two masks

Politicians have been spotted "double-masking" in public. Are two better than one? 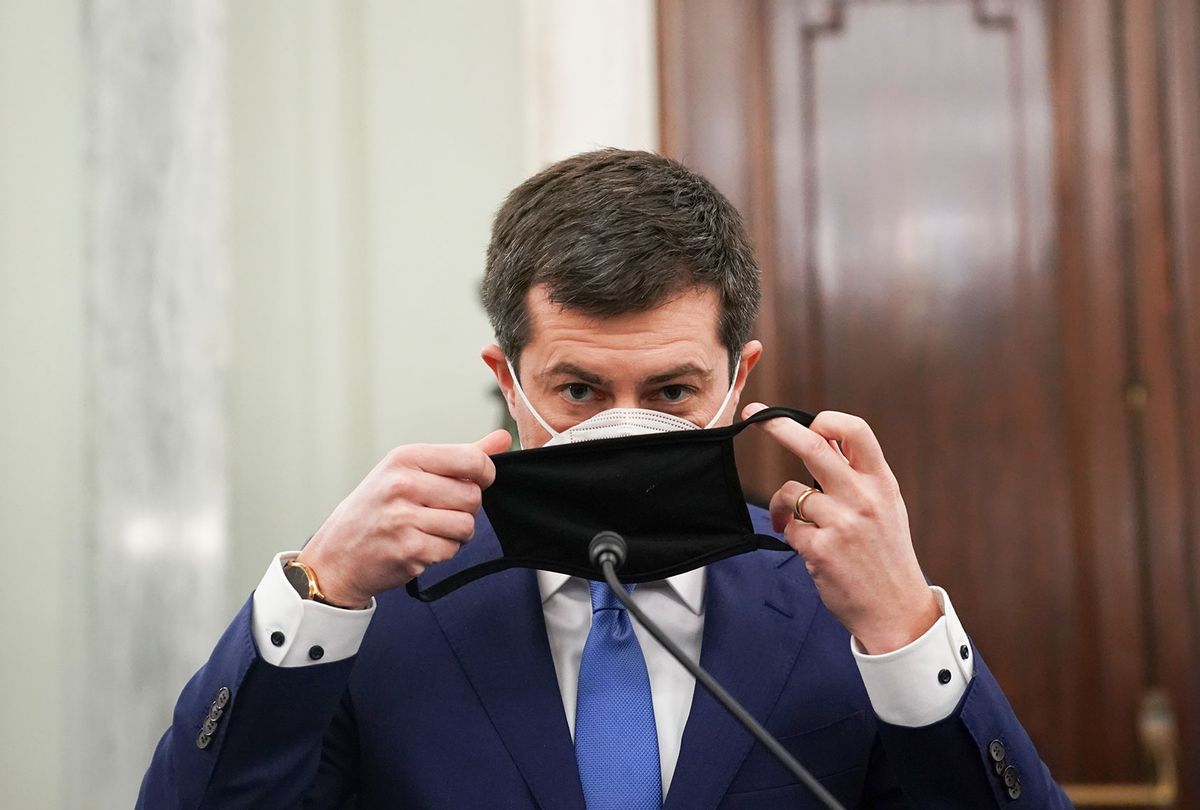 At President Joe Biden's inauguration last week, many viewers were keen to notice Sen. Bernie Sanders's (I-Vt.) mittens. But there was another inauguration fashion accessory sported by many that caught eyes: politicians donning not one, but two masks. The practice was quickly dubbed "double-masking." Indeed, former South Bend mayor and Transportation Secretary nominee Pete Buttigieg wore two facemasks, a white one beneath a cloth black one. His spouse, Chasten, sported a double-masked look as well.

Anecdotally, I have noticed more people opting to wear two masks instead of one in the Bay Area, which raises the question: Is two better than one?

On Monday, director of the National Institute of Allergy and Infectious Diseases and White House advisor Dr. Anthony Fauci weighed in on double-masking, stating, "it just makes common sense."

"If you have a physical covering with one layer, you put another layer on, it just makes common sense that it likely would be more effective," Fauci said. "That's the reason why you see people either double masking or doing a version of an N95."

However, the Centers for Disease Control and Prevention (CDC) has yet to officially recommend double-masking — and scientists who have been studying the coronavirus and its mitigation strategies tell Salon it's unnecessary for them to do so, for now, for a number of reasons. One being, that while it may be "common sense," the issue is nuanced. That's partly because the effectiveness of double-masking largely depends on the material of the masks, and how that material compares to the material of one really effective mask.

"More layers is probably better, that does make sense . . .  if a droplet gets through one layer maybe you'll be stopped by the next layer — that to me is logical," said Dean Blumberg, chief of pediatric infectious diseases and associate professor in the Department of Pediatrics at the University of California, Davis. "But of course it would also depend on the material, and then the coverage of the mask."

For example, one N95 mask is better than two cloth masks.

Dr. John Volckens, a professor of Mechanical Engineering at Colorado State University, said that the take home message is certainly "any mask is helpful," but agreed that "double masking" is better than one because of the quality of masks that most of the public is wearing. Studies show the best protection against the coronavirus is an N95 mask. However, they are in short supply and prioritized for healthcare workers. Not only are N95 masks hard to come by, but they need to be professionally fitted to one's face to ensure a tight seal. When this happens, the mask can block 95 percent of very small particles— hence, the name. Even a "suboptimal" fit though can block more than 90 percent of small particles, according to research published before the pandemic. This is why healthcare workers wear N95 masks, which are often accompanied by face shields. But the public isn't wearing N95 masks—they're either wearing cloth masks, or disposable surgical ones.

"A lot of masks that I see out in the wild don't fit very well on people's faces, there are gaps in them, and this is especially true of those blue surgical masks," Volckens said. "Those aren't meant to seal against the face, and if they don't seal against your face, then they leak."

Volckens said after wearing an N95, a person has a ring around their face like they've been snorkeling. That's because the mask has created a seal around that person's face, protecting them from 95 percent of aerosols. Yet that doesn't happen when a person wears either a surgical mask or a cloth mask—there are gaps and leaks on the sides.

"Double masking is a way to combat that lack of protection," Volkens said, "because you have a good mask as the bottom layer like one of those blue surgical masks. The filters in those masks are protective, but they're not allowed to do their job if they're leaking on the side," he continued. "So the second mask you put on holds that filter closer to your face, and provides for a better seal."

The second mask, Volckens said, should be anything that helps press the first one around your face more tightly. He added that the second layer of protection could even be a "mask fitter" or "mask sealer" that holds the mask more tightly around a person's face.

While cloth masks aren't as effective as N95 masks in protecting the person wearing them and other people, they do provide a layer of protection that can have a profound public health impact on a community. For example, a study published in Health Affairs compared the COVID-19 growth rate before and after mask mandates in 15 states and the District of Columbia. Researchers found that mask mandates led to a reduction in daily COVID-19 cases; after five days, the growth rate declined by 0.9 percent. At three weeks, the daily growth rate slowed by 2 percentage points.

"A bad mask is better than no mask at all," Volkens emphasized.

Epidemiologist George Rutherford, MD, at the University of California, San Francisco, agreed that the more layers you have, the better. Rutherford emphasized that the public wears masks for three reasons.

"The first one is because 60 percent of people who transmit are asymptomatic when they're at their most infectious, the second is we also want to protect ourselves," Rutherford said. "And then the third is if people do manage to get infected, despite wearing masks, you probably get infected with smaller inoculums, fewer viral particles, and as a result they get less sick."

Rutherford said that wearing two masks is especially a good idea when you're on public transportation, or in any situation where can't control the people around you. But don't expect double masking to be a singular means to get us out of this pandemic— so as long as many people continue to refuse to wear masks.