Is it safe to use public restrooms during the pandemic? 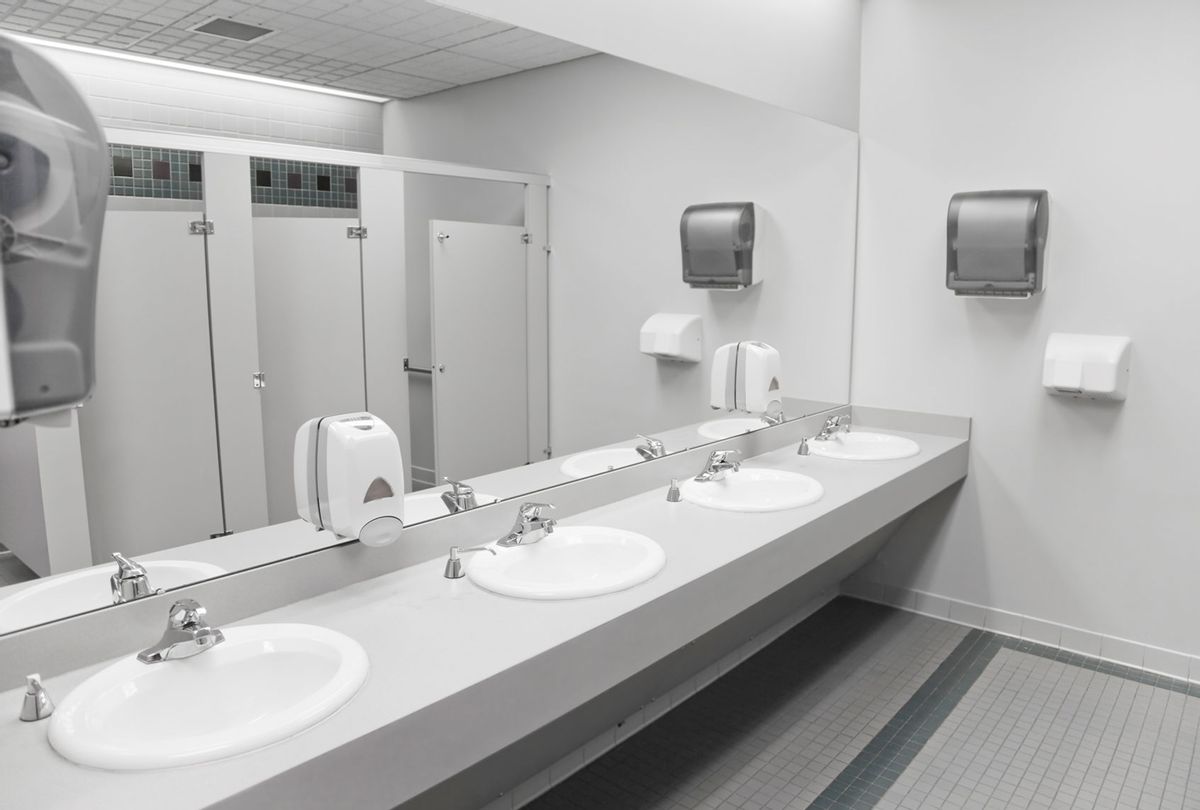 The coronavirus pandemic has heightened our collective awareness around germs, especially in public spaces. But not all public spaces, like public bathrooms, can be avoided. Sometimes, when you have to go, there's no option except a public bathroom.

To a germaphobe, a public bathroom might seem like a high-risk place of getting infected with the coronavirus, given the prevalence of bacteria. However, our scientific understanding of coronavirus SARS-CoV-2 is often changing, and experts say that using a public bathroom isn't as dangerous as one would think for a myriad of reasons, albeit with a few stipulations.

"I've used public bathrooms throughout the entire pandemic and I think they're relatively safe — there's not really transmission that you're getting from toilets or transmission that you're getting some from anything specific to a public bathroom," said Amesh Adalja, a senior scholar at Johns Hopkins Center for Health Security.

Adalja added that "simple hygiene" measures, particularly washing one's hands, were a "mainstay" for being safe when moving about any public space, including restrooms.

This, of course, assumes that you are already wearing a mask. "The primary way [coronavirus] gets around is from people being close to other people," Adalja emphasized.

At the start of the pandemic, public health experts expressed concern around the safety of public bathrooms after a group of researchers in China illustrated how a toilet flushing can send a plume of aerosolized droplets in the air. The phenomenon is referred to as a "toilet plume," which is when bits of fecal matter swirl around the toilet with so much force that they're propelled in the air and settle on their surroundings.

Scientists have debated whether or not toilet plumes are vectors of infectious diseases for decades. There's evidence that toilet plumes can contribute to the spreading of the norovirus, but not much is known about its role in spreading respiratory viruses like COVID-19. However, in 2003, fecal waste is believed to have contributed to the spread of Severe acute respiratory syndrome (SARS) in an apartment complex in Hong Kong.

Toilet plumes from infected COVID-19 patients have been found in bathrooms. A separate study of air samples in two hospitals in Wuhan, China, found that the aerosols were "higher in the toilet areas used by the patients'' than in ventilated patient rooms. While it is well-documented that viral RNA from SARS-CoV-2 is found in feces, there are no documented cases clearly indicating infection via fecal matter or a toilet plume. As Science magazine previously explained, a key point that's often overlooked is that it's unclear if the viral RNA in the fecal matter has infectious viral particles in it. One group of researchers previously suggested that intestinal fluid deactivates the virus.

Adalja told Salon that getting infected from the aerosols from the toilet plumes is "a theoretical risk," but not an active risk.

Dr. George Rutherford, a professor of epidemiology at the University of California, San Francisco, agreed.

"I think we're dealing with things that are totally theoretical at this point in time," Rutherford said. "I don't think public restrooms are particularly dangerous."

Rutherford said that what happened with SARS in 2003 was a "real Swiss cheese model" example of how multiple things can go wrong at the same time — including broken plumbing.

There is one way a person could potentially get infected with the coronavirus in a public bathroom: if there are multiple people inside the bathroom, not everyone is wearing masks, you are in there for more than 15 minutes, and the space has no ventilation. Scientists know that the infectious SARS-CoV-2 particles come out of a person's mouth via coughing, sneezing or talking. The aerosols produced in these forms are active even when a person leaves that space.

"A person could be in a bathroom, coughing, without a mask on and you can walk into that space a few minutes later and inhale those particles," said Dr. John Volckens, a professor of Mechanical Engineering at Colorado State University. "They don't fall to the ground, they don't get removed from air very quickly."

The good news is that masks block those big, infectious, particles.