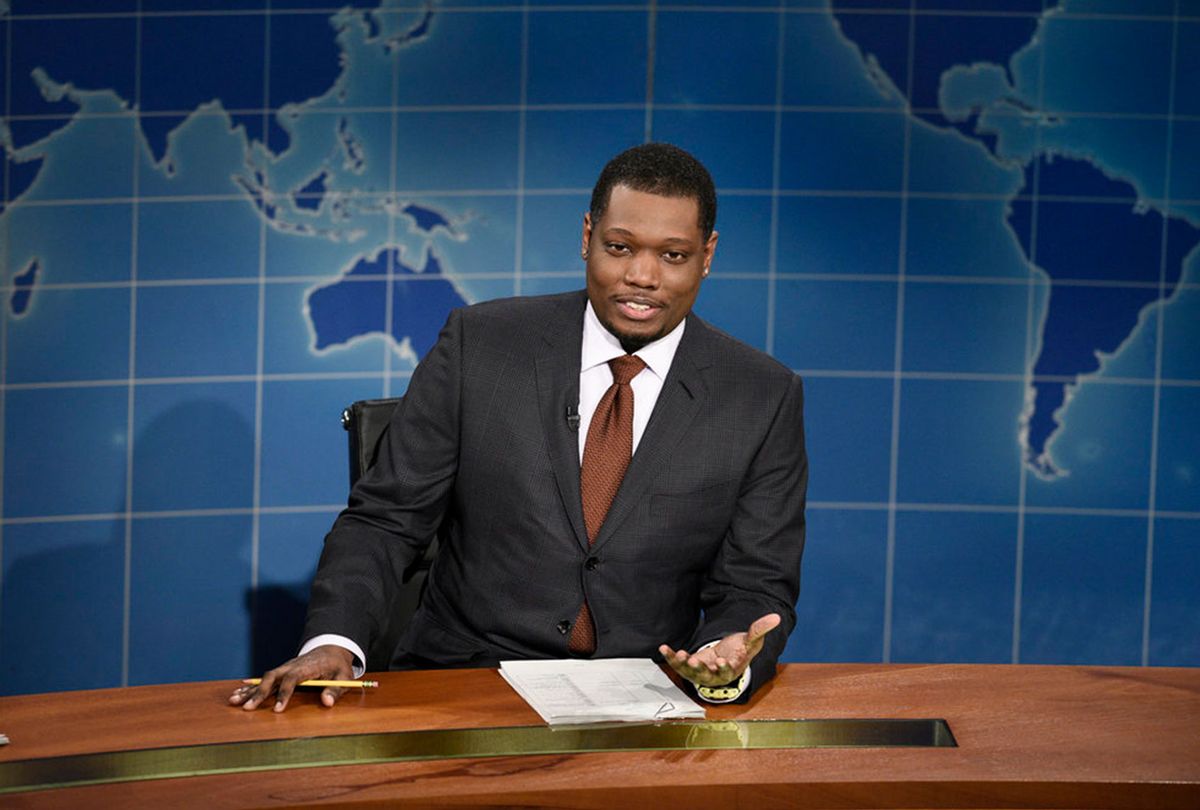 Weekend Update" host Michael Che has come under fire for a joke that is being criticized as transphobic in the latest episode of "Saturday Night Live."

The remark referred to the military's "don't ask, don't tell" policy, which prohibited military personnel from discriminating against or harassing closeted homosexual or bisexual service members or applicants, while barring openly gay, lesbian, or bisexual persons from military service. It was repealed during the Obama administration in 2011, meaning that gay, lebsian and bisexual individuals could openly serve in the military.

Meanwhile, while there was a blanket ban on all transgender people from serving and enlisting in the United States Military until 2016, from June 2016 to January 2018, transgender individuals in the United States military were allowed to serve in their identified or assigned gender upon completing transition. Former president Donald Trump reinstated the blanket ban in 2018.

Many Twitter users responded to Che's joke, saying that it was insensitive and transphobic. "'I'm so tired of our bodies literally being a joke to them," one user wrote. "Our genitals aren't your f**king business or punchline."

Another Twitter user characterized the segment as Che "vomiting out another transphobic 'joke.'"

"What is funny about derogatory jokes on marginalized groups?" they asked. "I can't say it's a lazy attempt at comedy. It is just a toxic display of cis privilege."

Writer Charlotte Clymer, who was the former press secretary for rapid response at the Human Rights Campaign, wrote: "What is Saturday Night Live's weird obsession with transphobic nonsense? I honestly don't get it. It's so lazy and sad."

Che has faced criticism before for transphobic content in his comedy. In 2019, Che made a joke in which he referred to Caitlyn Jenner by her birth name rather than her chosen one — a practice sometimes referred to as "deadnaming" – in addition to misgendering her.

As IndieWire's Jude Dry wrote at the time, the joke completely bombed. The audience was almost silent and Che just kind of awkwardly laughed at the lack of reaction. However, in the video clip posted by NBC, the second part of the joke was edited out, as well as the audience's silence; it instead immediately cut to laughter.

"It's unclear if NBC edited the video to make it look like the joke played well, or if this is their misguided response to the backlash," Dry wrote. "(Many trans advocates and allies voiced their concerns on social media after the show aired.) But if amending the mistake was the aim, why not simply cut the whole joke altogether? This response actually has the reverse effect of faking a positive response to the joke."

Che has also been criticized for using a transphobic slur in his 2016 stand-up special "Michael Che Matters."

Neither Che nor "Saturday Night Live" have released a comment regarding the joke.