Even Zendaya can't save the stylish "Malcolm & Marie," a tantrum in search of a reason to exist

Sam Levinson's lockdown movie foregrounds its stars' incredible acting, but even that can't save this doomed affair 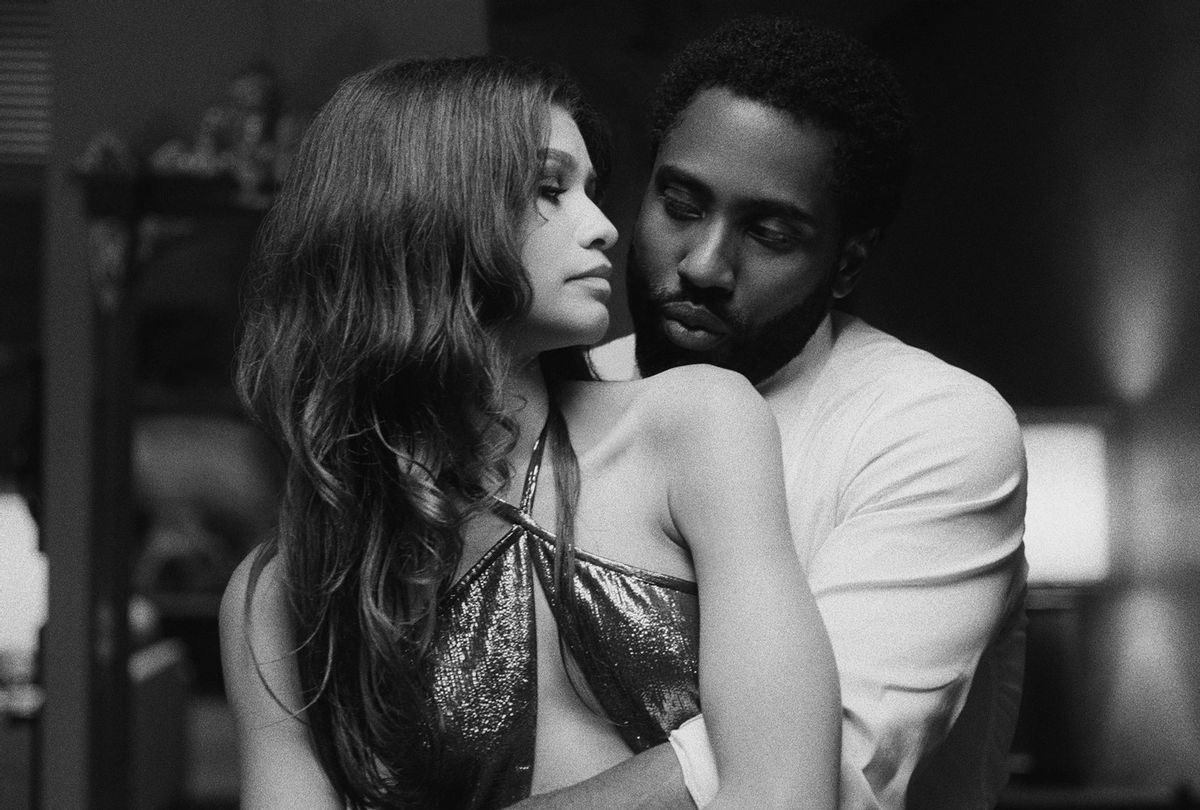 Sam Levinson knows what a gift he has in his "Malcolm & Marie" stars, Zendaya in particular. Levinson's highly stylized "Euphoria" is nothing if not a temple to stylistic excess but Zendaya's prodigious talent holds up its center; it is that show's oaken truth.

Here, she can only do so much to cut through the studied glamour Levinson designs into her role and that of co-star John David Washington ("BlacKkKlansman"), two highly adept actors relegated to speaking for the artist instead of being allowed to let the art and its message work through them.

This could be because the message at the core of "Malcolm & Marie" is facile, vain and undemanding, an attempt to sell a loud, sullen tantrum about artistic work as soulful debate shot on 35 mm film.

Rendering the story dazzling black and white seduces from the moment the credits roll, I'll admit, and cinematographer Marcell Rév (the man who gives "Euphoria" its gorgeously spaced-out look) frames what's about to take place in a single intoxicating visual gulp, showcasing a sweep of Carmel California desert against broad glass panes of the modern architectural house the couple calls home.

They're returning from the successful premiere of a film directed by Washington's Malcolm, and from his self-aggrandizing speech and dance around the living room, much of it filmed from outside, he knows he's killed it. From there Washington launches into a petty speech about the shallowness of critics reading reflections about his identity as a Black man into a movie he conceived simply as a great story about an interesting character.

In the course of this rant he name drops a list of great directors to whom he knows he'll be compared by the white critics tasked with reviewing the film, reserving a special concentrate of vitriol for a female critic at the L.A. Times. Mention of this critic bobs to the surface again and again as he rails at her hackery.

All the while Marie quietly stews as she makes a pot of macaroni and cheese, and although she says she's hungry and tired he's the one devouring it. (Metaphor alert!) Once he finally pulls his head out of his rectum and asks why she's not angrily leaping for joy with and for him, she points out that he forgot to thank her – an oversight that's particularly hurtful considering that his cinematic coup sprung from his co-opting Marie's life story.

Netflix wants to lure us in by advertising this couple's story as a romance, and the film itself as a love letter to filmmaking, and once you've seen enough of such cinematic epistles, you should recognize that designation as a warning.

In practice "Malcolm & Marie" is neither of these things, although its actors do a superior job of channeling what is quite nakedly a case of Levinson arguing with himself: Malcolm, the 30-something director, is the screaming, self-important manifestation of the artist's ego and confidence in his vision, the arrogant shadow every successful creator has to nurture in order to keep on going. Marie, his 20-something recovering addict girlfriend, is the wounded side that demands to be seen and questions his originality, acting as judge and would-be jailer.

They are the personification of the artist's inner struggle, proving that seeing such internal battles made flesh really isn't as interesting as one might imagine it to be.

The writer and director made this film in the midst of lockdown and with a pared down crew, which explains the location and setting, not that either needs explaining.

Rev achieves a fetching balance of wide atmospheric shots with tight grabs on the actor's faces. Together the visuals augment a pair of bloodied, soul-wrenching and entirely committed performances that should command our attention. Their combined thunder is frustratingly muted by the overpowering paucity of true emotion, a necessary element abandoned in Levinson's strenuous effort to make some sort of intellectual stand in the defense of the artist's right to create separately from his identity.

Levinson's other work, "Euphoria," does the opposite – and indeed, the two hour-long one-off episodes exemplify how brilliant the filmmaker can be when he searches beyond himself while capitalizing on the authenticity informed by his lived experiences. He achieves this with the December episode "Rue" by stepping back and allowing Zendaya to expand her character's extreme weariness and sorrow to fill the mostly empty diner where the hour's action transpires.

"Rue" asks only an hour of the viewer and scrapes every last bit of feeling out of the bottle. "Malcolm & Marie" wants you to watch two people fight over problems most people couldn't care less about for 45 minutes beyond that.

I recognize that this is a damning criticism of a movie whose central figure makes damning critics his hill to die on. But even without that obsessive side of Malcolm on raging display, little else exists in the character that makes a person want to sit through the full story if they can even make it through a quarter of it.

However let's pretend, as Washington's intensely solipsistic character does, that as a critic and not a creator I lack the technical vocabulary, vision and ability to separate the artist's identity from the work he's in. Let's assume the view not of the professional judge swirling a tumbler of gifted Pappy Van Winkle (because those who write, not do, can't afford it . . . please) around in my glass as I strive to pontificate about this film's shortcomings.

Instead, let's look at this from the view of your average Jane or Joe searching for a film that will speak to their souls about romance and art, and hopefully transport them to another place. If that's what you desire, be warned that "Malcolm & Marie" will only make you feel trapped.