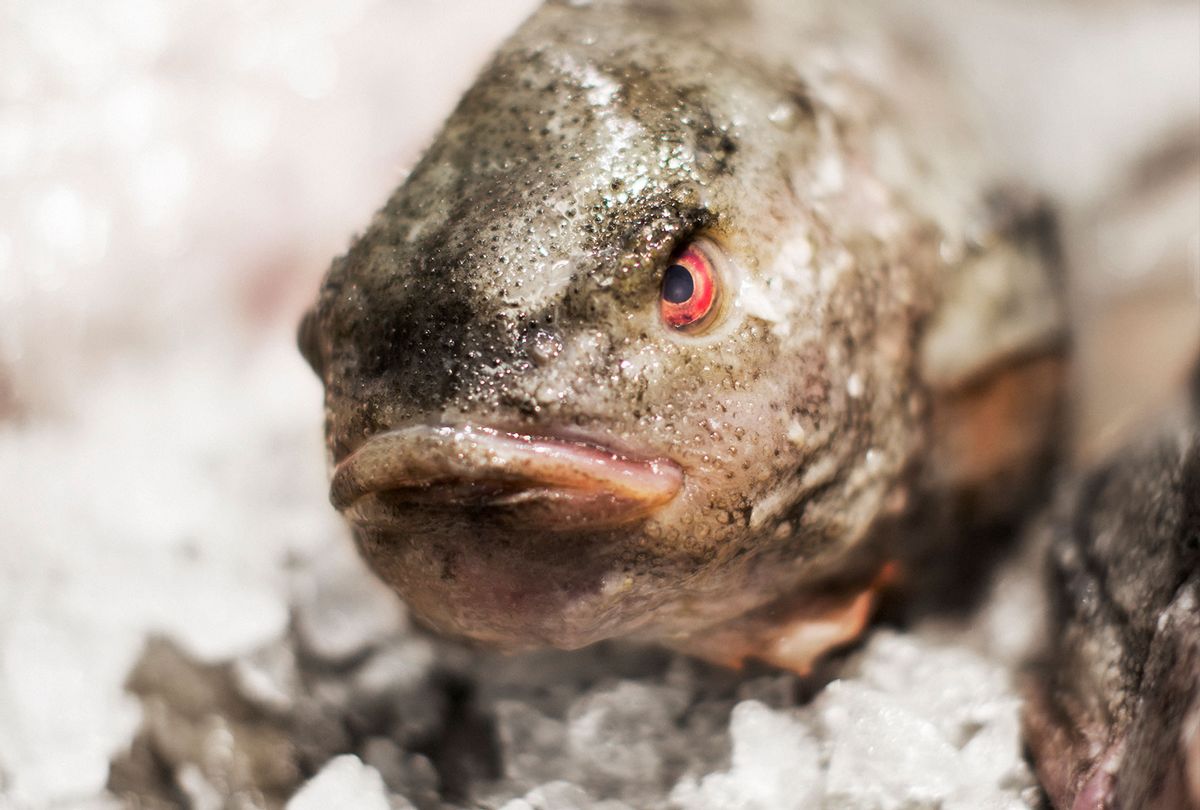 Vacationers relaxing on the beach might feel soothed by the rhythmic sound of the waves lapping up against the shore.

It turns out the feeling is not reciprocated by the fish who have to listen to us, however. Indeed, for millions of marine animals that live in the ocean, the sound of the ocean isn't relaxing or peaceful. It is a cacophony of strange, upsetting noises — and their very quality of life is being destroyed by them.

An article published in the journal Science on Thursday details how anthropogenic ocean noise — that is, noise in the ocean caused by human activity — is wreaking havoc on our marine ecosystems. It's difficult to think of a type of creature that has not been impacted, be they cetaceans like whales and dolphins struggling to communicate with their singing and clicking (respectively) to baby clown fish being homeless because they cannot recognize their coral reefs or numerous species of fish displaying signs of stress.

"Oceans have become substantially noisier since the Industrial Revolution," the authors explain. "Shipping, resource exploration, and infrastructure development have increased the anthrophony (sounds generated by human activities), whereas the biophony (sounds of biological origin) has been reduced by hunting, fishing, and habitat degradation."

They also noted that climate change has interfered with natural sounds that come from the ocean; and since climate change is caused by human beings, this too must be lumped into the larger category of noise pollution.

"Existing evidence shows that anthrophony affects marine animals at multiple levels, including their behavior, physiology, and, in extreme cases, survival," the authors add. "This should prompt management actions to deploy existing solutions to reduce noise levels in the ocean, thereby allowing marine animals to reestablish their use of ocean sound as a central ecological trait in a healthy ocean."

Dr. Stephen Simpson, a professor of biosciences at the University of Exeter and co-author of the paper, told The New York Times that the scientists screened more than 10,000 research papers that covered every aspect of how the sounds made by human beings in the oceans were impacting the creatures that live there. Not surprisingly, it revealed that animals which are able to more easily flee from agitating or unhealthy noises tend to be more adaptable to the noise pollution than those which cannot.

The good news here is that the problem is solvable.

"Noise is about the easiest problem to solve in the ocean," Simpson told the Times. "We know exactly what causes noise, we know where it is, and we know how to stop it." He suggested that ships change lanes to avoid areas where creature sensitive to noise pollution might reside and that they use quieter propellers. Simpson also said that other industries, such as deep-sea mining, consider reforms that could make their work less noisy.

Simpson's observations were echoed by the paper itself.

"Compared with other stressors that are persistent in the environment, such as carbon dioxide emitted to the atmosphere or persistent organic pollutants delivered to marine ecosystems, anthropogenic noise is typically a point-source pollutant, the effects of which decline swiftly once sources are removed," the authors wrote. "The evidence summarized here encourages national and international policies to become more ambitious in regulating and deploying existing technological solutions to mitigate marine noise and improve the human stewardship of ocean soundscapes to maintain a healthy ocean."

This is not the only recent study to underscore the devastating impact that humans are having on the ocean. In September Science reported that the pandemic had caused a surge in plastic pollution in the ocean, due to everything from an increase in personal protection equipment (PPE) and medical waste to the fact that petroleum prices have dropped and it is therefore cheaper to manufacture new plastic products than recycle existing ones.