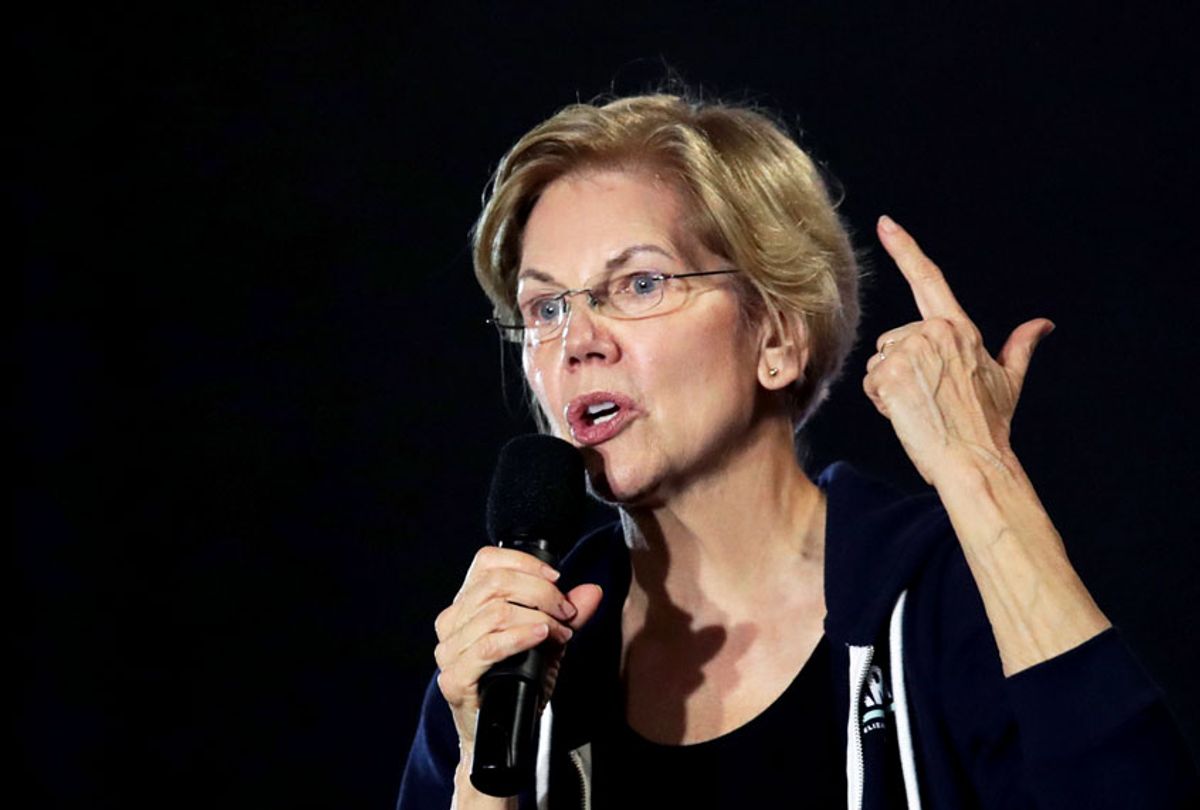 After announcing that she had landed a spot on the powerful Senate Finance Committee, Sen. Elizabeth Warren, D-Mass., on Tuesday said she plans to immediately introduce legislation to impose a wealth tax on individual fortunes above $50 million with the goal of reining in soaring inequality and funding "needed investments for working families."

"I'm very pleased to join the Finance Committee, where I'll continue to fight on behalf of working families and press giant corporations, the wealthy, and the well-connected to finally pay their fair share in taxes," Warren said in a statement. "I look forward to being a progressive voice at the table to secure meaningful relief and lasting economic security for struggling families, including as an aggressive advocate for accomplishing much of our agenda through the budget reconciliation process."

At the top of the Massachusetts senator's to-do list upon joining the finance panel — which has jurisdiction over the Internal Revenue Service — will be advancing a two-cent tax on every dollar of individual wealth over $50 million, a proposal that Warren pushed during her 2020 presidential bid. Warren's campaign estimated that the two-cent wealth tax would raise $3.75 trillion in revenue over the next decade.

"My first order of business on the Senate Finance Committee — the committee that leads tax and revenue policy in the Senate — will be to introduce legislation for a wealth tax on fortunes above $50 million," Warren tweeted Tuesday. "It is time to make the ultra-rich pay their fair share."

The Massachusetts Democrat said she also intends to work on other key priorities such as "reforming our trade practices, expanding Social Security, lowering drug prices, advancing racial equity, and enforcing our tax laws."

"And I will continue to fight on issues like college affordability, cancelling student loan debt, adequate funding for K-12 schools, and racial equity in education," said Warren. "There's a lot of work to do."

Majority Leader Chuck Schumer, D-N.Y., on Tuesday released a full list of Democratic committee assignments, which must be ratified by the full Senate.

Weeks into the new Congress, Senate committee memberships have yet to be finalized as Schumer and Minority Leader Mitch McConnell, R-Ky., iron out the details of a must-pass organizing resolution, which the Kentucky Republican delayed in an effort to preserve the archaic legislative filibuster.

McConnell's slow-walking of the organizing resolution means Republicans have remained in charge of several key committees until this week, and were in position to hold up some of President Biden's nominees.

Schumer announced on the Senate floor Wednesday that he and McConnell had finally reached a deal on the organizing resolution. In a statement on Tuesday, incoming Senate Finance Committee chairman Sen. Ron Wyden (D-Ore.) said he is "thrilled to welcome" Warren to the panel and looks forward to "working with her on a range of issues, particularly fixing our broken tax code and ensuring billionaires and mega-corporations pay their fair share."

"Income inequality will be a major focus of my legislative and investigative work," said Wyden, "and Senator Warren will certainly play a significant role in advancing this agenda."