In a region claimed by superstition and cow patties, a family breaks free from their expected path to success 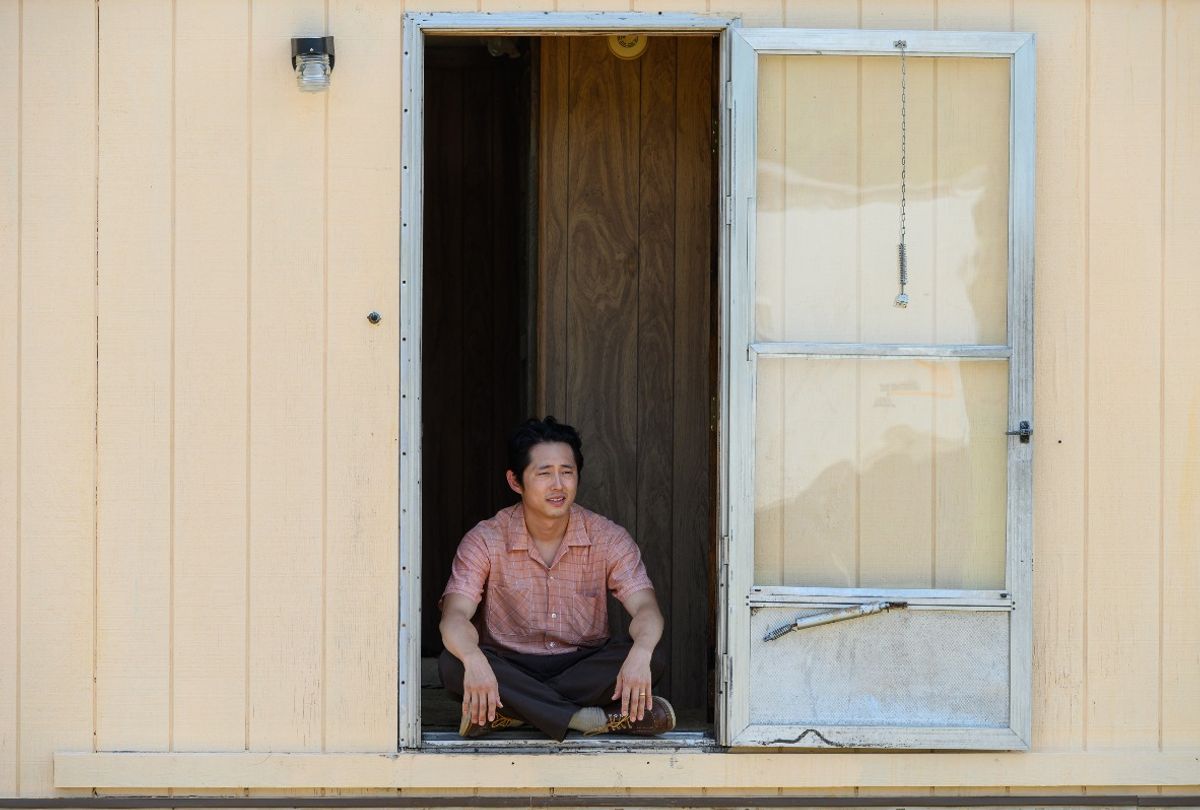 "This isn't what you promised," Monica Yi (Yeri Han) says softly when she sees the dilapidated trailer house that her husband Jacob (Steven Yeun) has bought. Her face is a portrait of denied interiorities, revealing facets of anxiety, disappointment, fear, anger, horror, hope, and resolve. To read her face is to discover a table of contents for Lee Isaac Chung's critically acclaimed film "Minari," which focuses on the struggles of an immigrant Korean family trying to start an agricultural concern in 1970s Arkansas. The Yis have bet everything on the farmland they just bought — and from the very start, it seems like they've already lost.

For starters, the raised mobile home has no steps. This family will have to lift themselves up just to make it through the door. When Monica reacts to seeing the house, she's talking about the American Dream itself.

Almost immediately, the family's challenges begin to accumulate, transforming the trailer's claustrophobic interior into the haunts of ordinary terrors. Unpaid bills. A strained marriage. A failed crop. Looming bankruptcy. Death. The Yis' youngest child, seven-year-old David (Alan Kim), wets his bed, even as the narrative hints that all is not well with him.

David is the heart of the Yi family, their trailer house, and this story, which helps cement its themes as being Korean and American. It's not giving away too much to state that David's eggshell condition suggests itself as a metaphor for the Asian immigrant experience, with the recent intensification in anti-Asian sentiment a reminder of its surprising strengths – as well as its fragilities. In a DM to me, Associate Professor and diversity-in-literature advocate, Sarah Park Dahlen, confessed to having been very moved by the fact that the family spoke Korean at home. "It's the language of my heart," Dahlen wrote, "so it was powerful to hear it communicating words of love, of shame, of despair, and of hope." At the same time, the children's cultural reflexes are white, so when the grandmother comes from Korea to live with them, young David rejects her as alien.

In this corner of rural Arkansas, the Yis' social isolation suggests human monsters lying in wait; at every turn, I kept anticipating random violence to be visited upon them, kept worrying that terrible things were happening to preteen Anne (Noel Kate Cho) that never entered the frame, precisely because it was David's story, and the adults' attention — like the camera itself – defaulted to him.

Yet in Anne, standing off to one side and hardly speaking, the film manages to capture that baffled, mistrustful state of never quite knowing, and wondering if that haunts the negative spaces of overlooked lives where too many truths remain unsaid and unseen. Per the director, the events of "Minari "are loosely based on his own childhood. Some might be surprised to learn that there really were Asians in a region claimed by superstition and cow patties, but this is mostly due to the way that immigration stories tend to be narrated, as well as the fact that Korean immigration during that period was only possible in the first place thanks to the 1965 Immigration and Nationality Act, which reversed some of the anti-Asian policies of previous generations but specifically favored applicants in white-collar professions. 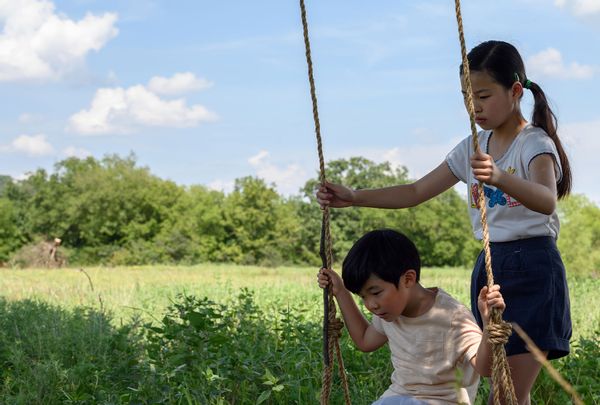 "This is the best dirt in America," Jacob says confidently as he strides through unplowed fields, but how would he know? He's not a farmer by trade but a sexer of chickens, and these skill sets are not interchangeable. That he and Monica support the family by sorting chicks is a meta-joke on the enduring reality of being Asian in America, because white people can't tell them apart. The chicks, that is.

To sex these fluffy yellow balls consists of eyeballing their nonvisible bits; the purpose is to separate valuable laying hens from mostly useless roosters. The raw ability itself is akin to perfect pitch – either you have it, or you don't — and, to this day, this profession is dominated by . . . the Japanese. "By 1950, 90 percent of the chicken sexers in the U.S. were Japanese Americans," writes food historian James McWilliams. People of other ethnicities tried to do that "inscrutable" job, he noted, and some succeeded in breaking in; it was just extremely difficult to master in the first place, let alone accurately and quickly enough for profitability.

In "Minari," all the chicken sexers are somehow Korean, and they do not socialize with each other outside of work. Instead, they joke that they left the cities in order to escape Korean church — a joke that Koreans find extremely funny. The Yis attend a white church in hopes of "fitting in," but in that space they are hypervisible yet also generically Asian, no longer Korean but simply yellow Others.

Hence, the constant talk about Jacob's speed in the poultry factory and the good money he used to make doing it in California, a state with an established, first-wave Korean immigrant community, and where Monica wants to return. Her personal needs clash with Jacob's plan to put down roots in Arkansas, raise Asian vegetables, and sell them to Koreans in the big city. He's cultivating crops such as bok choi and Asian eggplant; with David's help, the grandmother (Yuh-jung Youn) plants minari in the riverbed where it will grow, weed-like, on its own. To succeed, Jacob must contend with market forces as well as the four elements — Earth, Wind, Water, Fire — each of which pointedly show up in turn, juxtaposing tiny interpersonal tensions against the indifferent power of nature.

"The land is your dream?" Monica asks Jacob. Because he cannot say no, the answer is yes. "Even if I fail," he confesses wearily, "I have to finish what I started." In the end, it's not the fate of the farm but the critical plaudits for this film that bring optimistic closure to an immigrant story fraught with conflict and ambiguity. As actor Sandra Oh commented in a conversation held after a special screening of the film on Korean-American Day (Jan. 13, the day Trump was formally impeached for the second time): "You didn't realize you were sitting on so much grief. This film helps you let it go." Her words are as true for the rest of the country as they are for Koreans in today's America, dreaming of better promises to come.

"Minari" is available in select theaters and via A24's virtual screening room beginning Friday, Feb. 12. It will be available on demand beginning Feb. 26.