"Miss You": After two years off the market, conversation hearts return to candy shelves

The iconic candy returns with new phrases from song lyrics like "I'M YOURS," "LUVME TENDER" and "SUGAR SUGAR" 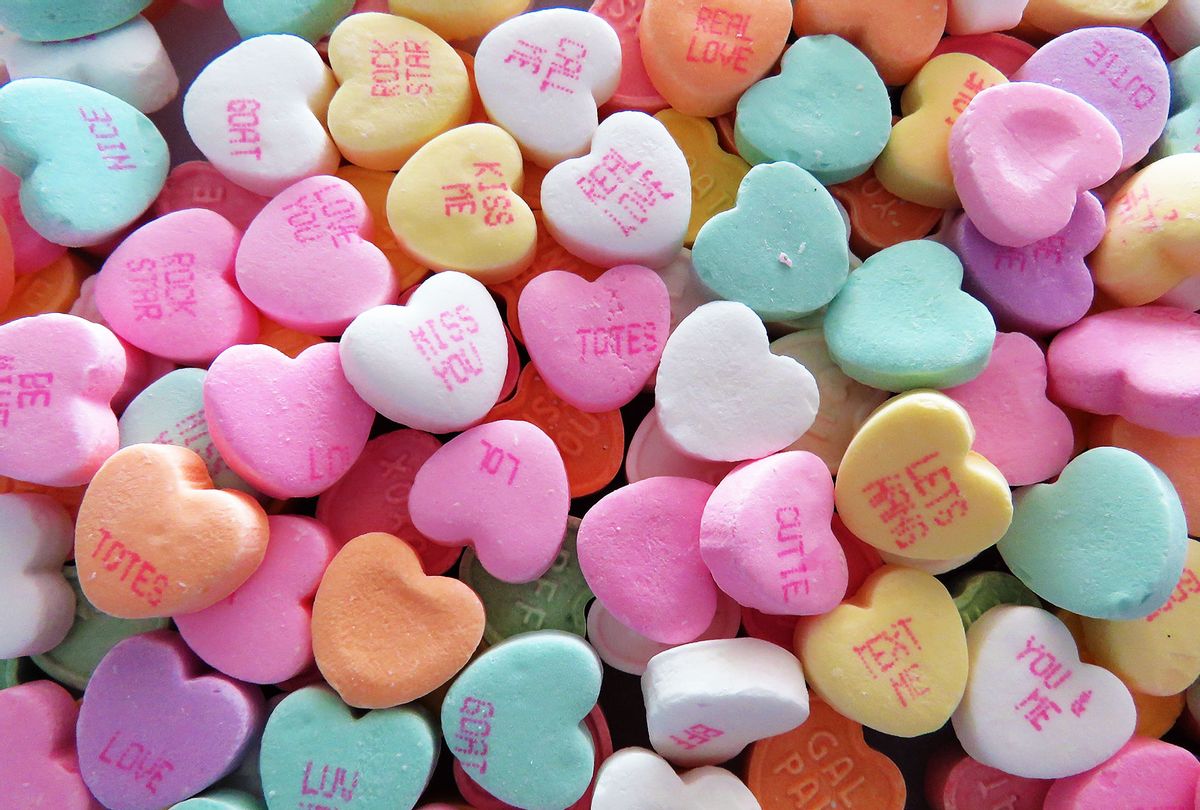 There was a brief, collective sigh of relief when it was announced that the brand, its factory and employees had been acquired by Round Hill Investments LLC, which bought Necco at an emergency auction for $17.3 million.

But soon after the sale, the Necco plant was abruptly shuttered. Employees were notified of severance pay and received a note about where to pick up personal belongings. In a statement, a representative from Round Hill Investments said, "After careful engagement and consideration . . . the firm decided to sell the brands to another national confection manufacturer and today announced the closure of the operations in Revere, Mass."

While consumers were particularly worried about the fate of Necco Wafers — which spiked in sales by about 150% following the news that Necco was going under, according to CandyStore.com — the fate of another iconic candy hung in the balance: Necco's SweetHearts, the best-selling brand of conversation hearts in the country.

Every Valentine's Day, customers buy 19 million pounds of these little pastel candy hearts decorated with phrases like "be mine" and "call me." Eighty percent of conversation hearts purchased are SweetHearts brand, according to Food & Wine. Without them in business, the array of holiday treats were going to be infinitely less flirtatious.

Ultimately, another buyer came through. The Spangler Candy Company acquired both the Necco Wafers and Sweethearts candy lines in late 2018. However, there wasn't time for Spangler to push out SweetHearts for Valentine's Day 2019.

"There are a lot of manufacturing challenges and unanswered questions at this point, and we want to make sure these brands meet consumer expectations when they re-enter the market," CEO Kirk Vashaw said at the time. "We look forward to announcing the Sweethearts relaunch for the 2020 Valentine season."

Then 2020 came, and according to Spangler spokesperson Diana Moore Eschhofen, there were a number of a number of technical issues associated with moving 60 truckloads of Sweetheart's equipment from Necco's shuttered factory in Massachusetts into another plant. "Based on consumer response and the technical challenges, we are not going to be able to meet all of the consumer demand for 2020," she said.

Additionally, the printer used to press sayings into the hearts was unreliable after the move. A replacement broke, meaning that the conversation hearts that were printed for Valentine's Day 2020 were mostly blank.

This Valentine's Day, SweetHearts are officially back at full capacity — at a time when we could all use a little extra love.

The birth of conversation hearts can directly be traced to Oliver Chase, a Boston pharmacist who invented a simplified medicinal lozenge cutter, which is often considered America's first candy-making machine, in 1847. Chase later shifted into the candy industry and went on to found the New England Confectionery Company (which was eventually shortened to Necco).

In 1866, Oliver's brother Daniel realized that they could use a felt roller pad moistened with red vegetable coloring to press sayings directly onto candy lozenges. This was likely inspired by the increased popularization of Valentine's cards, as well as cockles — a scallop shell-shaped candy that contained a "motto" printed on rolled paper.

These candy hearts were much, much larger than the hearts on grocery shelves today. As such, they contained much longer phrases like "MARRIED IN WHITE, YOU HAVE CHOSEN RIGHT" and "MARRIED IN PINK, HE WILL TAKE TO DRINK."

The 1911 version of  "The Boston Cooking School Magazine of Culinary Science and Domestic Science" described how they were served at Valentine's parties:

Partners for the evening were found by means of candy "motto" hearts. These were broken in two, and each young lady was given a piece, but the men were obliged to hunt for theirs. As they were carefully hidden, this took some length of time and proved an excellent 'ice breaker.' The silly mottoes were read with laughter as the couples chose their tables.

Over the years, conversation hearts got smaller, but Necco added numerous new phrases. You've got your basics, like "BE MINE" and "KISS ME." Others came and went with the times: "FAX ME," "GROOVY," "HEP CAT" and "SAUCY BOY."

They've reflected pop culture — such as when Necco released "Twilight"-themed hearts with phrases like "BITE ME" and "LIVE 4EVER" — and eventually launched Spanish-language hearts stamped with terms like "TE AMO."

Spangler announced in January that its SweetHeart factory was running at full capacity, and it would be adding 21 new sayings to the iconic heart-shaped candied. In a release, the company said they would be based on "some of the best-loved songs and artists over the last seven decades from 1950s classics to instantly recognizable, present day hits."

The list of new phrases include "AT LAST," "I'M YOURS," "LUVME TENDER" and "SUGAR SUGAR."

"There have been hundreds of sayings featured on Sweethearts Candies over the years, but after a year unlike any other, we knew we wanted to add a high note to the season," Eschhofen said.

She continued, "Opening or exchanging a box of Sweethearts uniquely encourages connection in a way that sparks feelings of cheer, happiness and nostalgia. With this in mind, we came up with the idea to create sayings inspired by our favorite heart-themed songs over the decades, because what better way to bring a smile to someone's face than being reminded of a melody."

But not everything about the candies are new this year. Grocery stores will be stocked with single boxes and five-count packs of candies with the original colors and flavors, including wintergreen, orange, lemon, grape, cherry, blue raspberry and banana.

Enjoy the sweet taste of nostalgia.