On "Everything Fab Four," Smyth breaks down why, unlike the Beatles, she writes songs for break-ups, not weddings 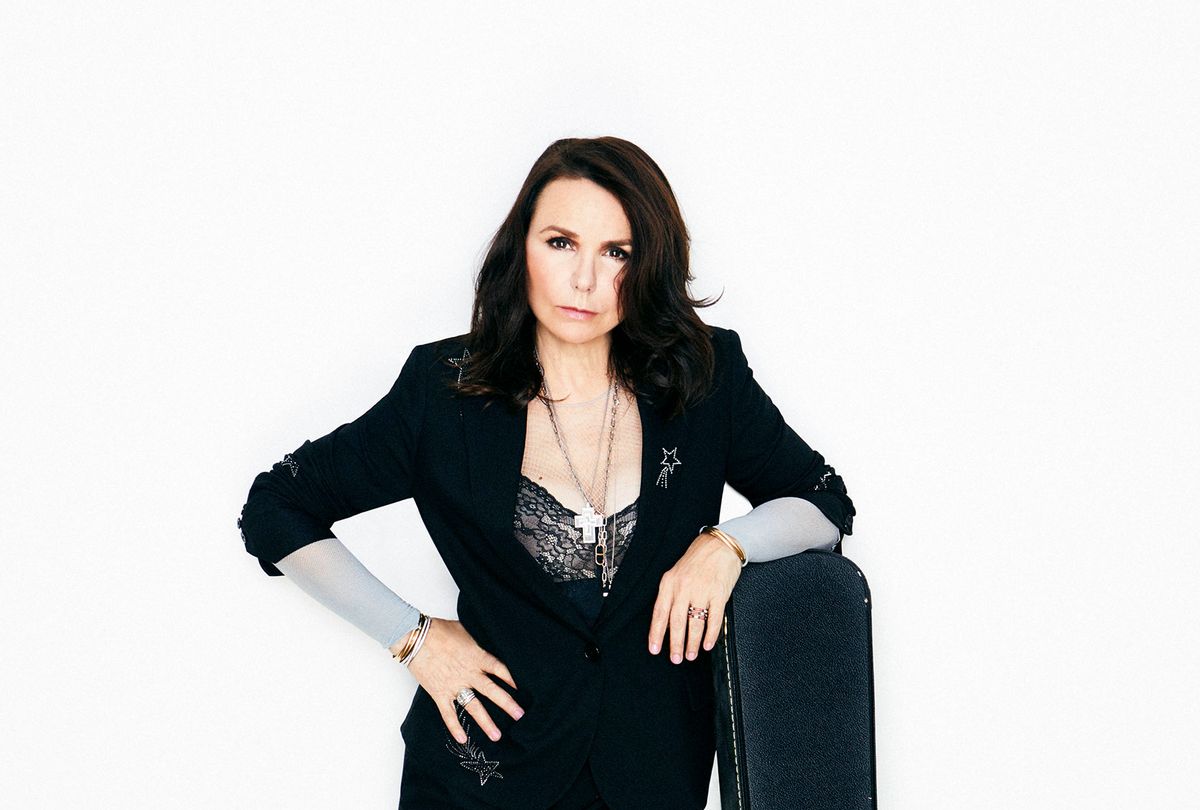 Acclaimed singer-songwriter Patty Smyth joined host Kenneth Womack to discuss her "very long love affair" with the Beatles and more on "Everything Fab Four," a podcast co-produced by me and Womack (a music scholar who also writes about pop music for Salon) and distributed by Salon.

Smyth, former lead singer of Scandal (the band behind such '80s hits as "Goodbye to You" and "The Warrior") says the Beatles were "a huge part of my childhood," recalling demanding her mother buy her the "Meet the Beatles!" album when it debuted in the U.S. As she tells Womack, "I was totally in love with all of them."

Her most vivid memory of that time, though, was being a pre-teen in 1969 when "my mom decided to go cross-country in a VW bus [to California] with me, my sister, a pregnant cat and a dog." She explains that "all we had in the back of the bus was a turntable and two speakers. We listened to 'Abbey Road' for 3,000 miles going, and 3,000 miles coming back." Describing her childhood as tumultuous, Smyth says that the Beatles were the only thing she and her sister really connected over.

Later in life, as an accomplished musician herself, Smyth has had the pleasure of meeting and hanging out with Paul McCartney several times. Once, at an after-show party with her band, her "guitar player looked down [at my cell phone] and said, 'I think Paul McCartney's calling you.' Paul ended up coming to the party with his wife Nancy and my band – well, it was like watching kindergarten kids. He's such a lovely guy."

She was also close friends with the late Eddie Van Halen, who had even asked her to be in his band — an offer she had to turn down at that point in her life. "Timing is so important," she says, also alluding to her 2020 "It's About Time" album. "But I do wish that we'd made a record together."

And with Valentine's Day upon us, Smyth — a self-proclaimed hater of the holiday — tells us that unlike the Beatles, "I don't write wedding songs. I write divorce songs."

Listen to the entire conversation with Patty Smyth, including her memories of living in New York City when the unspeakable happened to John Lennon, on "Everything Fab Four":

Listen to past episodes of "Everything Fab Four" on Anchor.FM, and subscribe today through Spotify, Apple Podcasts, Google Podcasts, Stitcher, RadioPublic, Breaker, Player.FM, Pocket Casts or wherever you get your podcasts.