U.S. labor laws need a major update — and the PRO Act is a great start 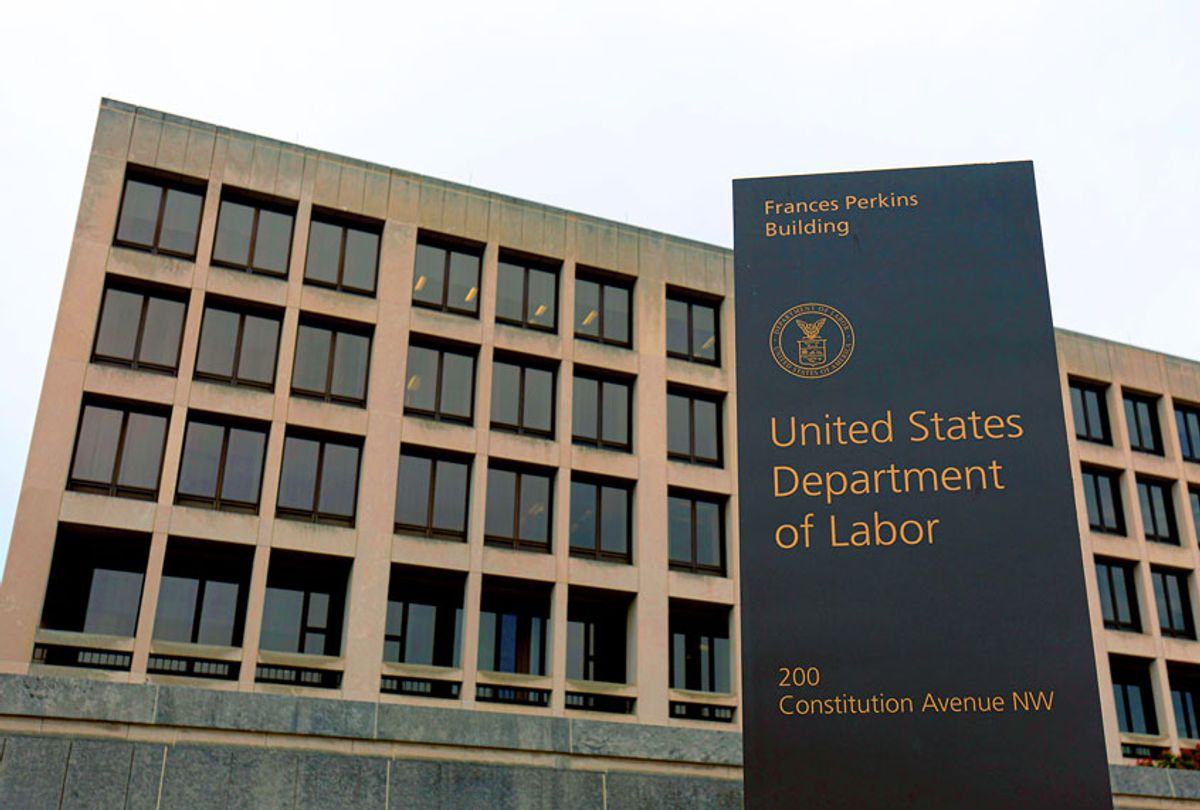 The US Department of Labor building is seen in Washington, DC, on July 22, 2019. (ALASTAIR PIKE/AFP/Getty Images)
--

When workers at Orchid Orthopedic Solutions tried to form a union, the company quickly brought in five full-time union-busters to torment them day and night.

The hired guns saturated the Bridgeport, Michigan, plant with anti-union messages, publicly belittled organizers, harangued workers on the shop floor and asked them how they'd feed their families if the plant closed.

The months of endless bullying took their toll, as the company intended, and workers voted against forming the union just to bring the harassment to an end.

"Fear was their main tactic," recalled Duane Forbes, one of the workers, noting the union-busters not only threatened the future of the plant but warned that the company would eliminate his colleagues' jobs and health care during a labor dispute. "Fear is the hardest thing to overcome."

Legislation now before Congress would ensure that corporations never trample workers' rights like this again.

The Protecting the Right to Organize (PRO) Act, introduced on Feb. 4, will free Americans to build better lives and curtail the scorched-earth campaigns that employers wage to keep unions out at any cost.

The PRO Act, backed by President Biden and pro-worker majorities in the House and the Senate, will impose stiff financial penalties on companies that retaliate against organizers and require the National Labor Relations Board (NLRB) to fast-track legal proceedings for workers suspended or fired for union activism. It also empowers workers to file their own civil lawsuits against employers that violate their labor rights.

The legislation will bar employers from permanently replacing workers during labor disputes, eliminating a threat that companies like Orchid Orthopedic often use to thwart organizing campaigns.

And the PRO Act will empower the NLRB to force corporations into bargaining with workers if they interfere in union drives. That means an end to the mandatory town hall meetings that employers regularly use to disparage organized labor and hector workers into voting against unions.

Orchid Orthopedic's union-busters forced Forbes and his colleagues into hour-long browbeating sessions once or twice a week for months — and that was on top of the daily, one-on-one bullying the workers endured on the production floor.

"There was nowhere to go," Forbes, who's worked at Orchid Orthopedic for 22 years, said of the relentless intimidation. "You couldn't just go to work and do your job anymore."

A growing number of Americans, many of whom saw unions step up to protect members during the COVID-19 pandemic, seek the safe working conditions and other protections they can only achieve by organizing.

That includes Forbes and his colleagues, who endured years of benefit cuts but still put their lives on the line for the company during the pandemic.

They launched an organizing drive to secure a voice in the workplace. They also sought job protections to prevent the company from discarding them "like a broken hammer" — as one worker, Mike Bierlein, put it — when it's done with them.

But as more Americans seek the benefits of union membership, employers' escalating attacks on labor rights make the PRO Act ever more important.

Corporations drop hundreds of millions of dollars every year on "union-avoidance consultants" — like the ones Forbes and Bierlein encountered — to coach them on how to thwart organizing drives.

The higher the stakes, the dirtier employers play. Tech giants Google and Amazon used their vast technology and wealth to propel union-busting to a new level.

Google not only electronically spied on workers it suspected of having union sympathies, but rigged its computer systems to prevent them from sharing calendars and virtual meeting rooms.

Amazon developed plans for special software to track unions and other so-called "threats" to the company's well-being. In Alabama, where thousands of Amazon warehouse workers just began voting on whether to unionize, the company showed anti-union videos and PowerPoints at mandatory town hall meetings, posted propaganda in bathroom stalls and sent multiple harassing text messages to every worker every day.

"It really opened my eyes to what's going on," Bierlein, who's worked at Orchid Orthopedic for 18 years, said of the unfair tactics his company employed against organizers. "The deck is stacked against workers."

The PRO Act will help to level the playing field and arrest the decades-long erosion of labor rights that significantly accelerated under the previous, anti-worker presidential administration.

It will require employers to post notices informing workers of their labor rights, helping to ensure managers respect the law. The legislation will enable prospective union members to vote on union representation on neutral sites instead of workplaces where the threat of coercion looms.

And the PRO Act will make it more difficult for employers to deliberately misclassify employees as contractors with fewer labor rights. That change will give millions of gig workers, including those driving for shared-ride and food-delivery companies, the opportunity to form unions and fight for better futures.

Right now, employers often stall negotiations for a first contract to punish workers for organizing or frustrate them into giving up. The PRO Act will curb these abuses by requiring mediation and binding arbitration when companies drag talks out.

Orchid Orthopedic's campaign of intimidation and deception lasted until the very end of the union drive.

As the vote on organizing neared, Forbes said, the company promised it would treat workers better in the future if they decided against the union.

Instead, after the vote fell short, the company quickly increased the cost of spousal health insurance. That left Forbes more convinced than ever that workers need changes like those promised in the PRO Act to seize control of their destinies.

"I'm all about right and wrong," Forbes said, "and the way we were treated was wrong."