Communities of color are saving the planet — why won't funders support what works?

A coalition led by people of color is taking on the climate crisis. Major funders need to wake up to reality 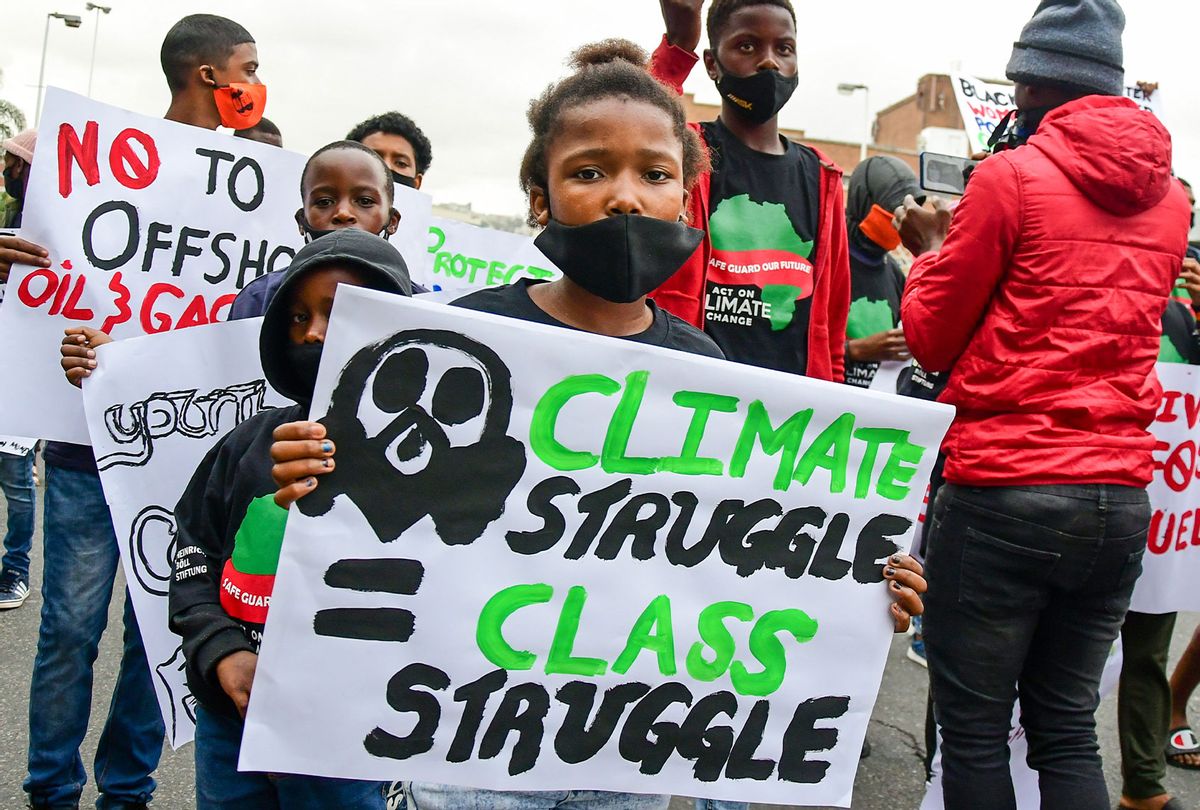 General view during the Global Climate Strike March on October 02, 2020 in Durban, South Africa. According to media reports, the group demanded that individuals and governments must take stronger action against the effects of climate change and the emittance of the greenhouse gas. (Darren Stewart/Gallo Images via Getty Images)
--

What images come to mind when you think of memorable climate wins in the last few years? We're willing to bet it is not a picture of legislators poring over a greenhouse gas bill, or of green-tech CEOs in a boardroom. What you probably think of is everyday people, marching and demonstrating and demanding action. Perhaps you envision the indigenous protesters at Standing Rock, whose success at keeping fossil fuels in the ground captured the world's attention. Or maybe you see the Black and brown activists in New York who stopped the encroachment of commercial developments and demanded green manufacturing jobs instead. With few resources and little material support, communities of color have done more to mitigate climate change in a few years than many well-funded and well-known organizations have managed to do in decades.

Now that President Biden has pledged a "Climate Administration" and philanthropies are poised to give greater focus to addressing climate change, it is urgent that we aim the country's attention on a part of the climate movement that often gets siloed or dismissed as ancillary to the cause of solving the climate crisis: the grassroots Black, indigenous and people of color (BIPOC)-led powerbuilding groups that center justice in all the work they do. These groups understand what many white activists — however well-intentioned — fail to see: without the power, boldness and genius of BIPOC communities, we will not defeat climate change. We are not ancillary. We are necessary.

Right now, major philanthropies are directing billions of dollars in grants to organizations doing climate work; only 1.3% of that goes to justice-focused groups led by and serving BIPOC communities. That's not a typo. Place 1.3% against the backdrop of everything that has happened this year: In the wake of George Floyd's murder, the biggest foundations in the country tripped over themselves to release statements of solidarity and support for the Black Lives Matter movement. We take them at their word; we believe that these funders do want to do the right thing. But they have to think very hard about what a real commitment to racial justice looks like in the context of climate giving. It certainly doesn't look like 1.3%.

We are both executive directors of climate justice groups, one on the Gulf Coast and one in the Bay Area. Regardless of what funders do, we and our siblings in the movement will do what we have always done: form the vanguard of protecting the planet for future generations. But we also know firsthand how much more we could achieve, how many more victories we could replicate, if given an equitable share of climate funding. We know how to win where it counts — defeating Big Oil at the ballot box, preventing the construction of new pollution-spewing plants, Standing Rock, and too many other examples to name — for everyone's survival, health, well-being and freedom.

The good news is, funders have begun to pledge further support. Just this past week, the Donors of Color Network launched the Climate Funders Justice Pledge, which challenges philanthropies to scale up the amount of their U.S. climate funding going to BIPOC-led powerbuilding groups to 30% over the next two years. The pledge also commits funders to greater transparency in reporting that percentage every year. In the short term, this effort can move millions of dollars to the groups that are winning the climate fight; in the long term, that figure could be in the billions. The network — to which we both serve as advisors — will assist funders with software and movement connections to track their progress and decide how to invest. In short, the groups that need help will make it easy for funders to give it. Funders can easily sign onto the pledge and spread the word to their peers. The more philanthropies sign on, the more they create a permission structure for others in the donor universe to do the right thing.

Most of the major victories on climate in recent memory have been the result of BIPOC-led organizers. Ignoring that reality is a moral failing that, if funders refuse to see it, will ensure we run out of time to save our communities and our planet. Foundations have enormous power — and a golden opportunity — to shift the center of gravity in climate giving toward justice. They must seize it now.

Colette Pichon Battle is executive director of the Gulf Coast Center for Law and Policy. In 2019, she was named an Obama Fellow for her work with Black and Native communities on the frontline of climate change. In 2016 she was named a White House Champion of Change for Climate Equity.

Miya Yoshitani has been executive director of the Asian Pacific Environmental Network since 2013. She has an extensive background in community organizing, and a long history of working in the environmental justice movement.