Democracy's dance of death: Trump is gone — kinda. But the crisis is still here

We had a few minutes there where we thought we had "saved democracy." Except, ha ha, no we totally didn't 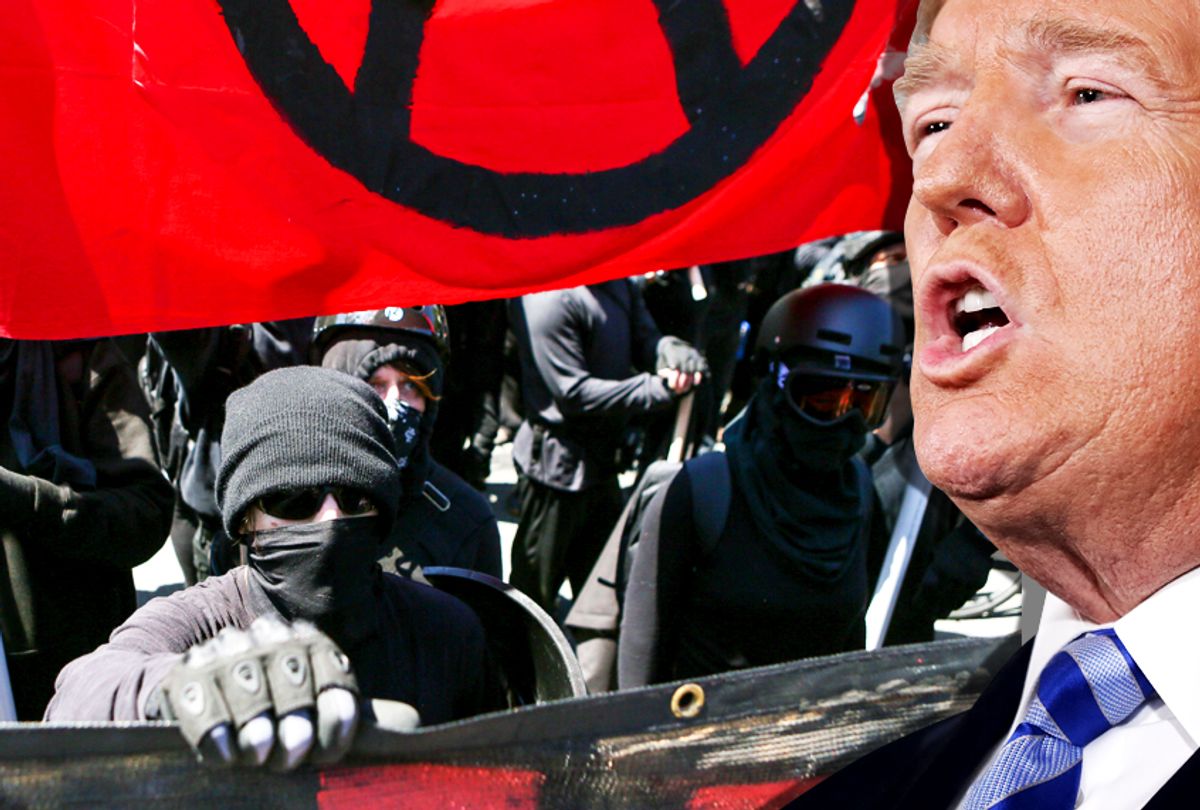 We have recently been told, by ever so many earnest commentators, that the United States faces a dire historic choice between democracy and fascism — or, in the more optimistic reading, has recently faced one and surmounted it, if only just.

If that reflects a desire to make the nation's current predicament — and for that matter the world's — seem like a dramatic struggle at the edge of the abyss, along the lines of World War II, that's understandable. Maybe it's an improvement that the mainstream media abruptly woke up to the dangers of Donald Trump's regime, just as it was leaving office — although the sudden pivot to "Get thee behind me, Satan" after years of pretending that things were more or less normal is more than a little suspicious.

But if we are struggling with someone or something on the cliff's edge, the landscape is shrouded in darkness. We can't see the precipice and we're not quite sure who our opponent is. Or exactly who "we" are. Are we at a dark historical crossroads, marked by intense internal conflict over the nature of what we used to call "Western civilization"? Absolutely. But I'm not sure either of the options we characterize with the terms of art "democracy" and "fascism" has yet revealed its true nature.

What we've seen over the last few weeks, since the Jan. 6 storming of the U.S. Capitol by Trump's supporters, should make clear to all non-hypnotized observers that America's two-party system is locked in a death spiral it seemingly can't escape. Despite the efforts of Mitch McConnell, Liz Cheney and a number of other prominent Republicans, their party is completely unable to free itself from the undertow of an ex-president who was comprehensively defeated, tried to stage an impromptu coup-d'état on the cheap, and lost the Senate majority they thought they had saved from the fire.

(I'm not giving Mitch and Liz any medals for valor, by the way, although they deserve a little credit for being able to think strategically beyond the middle of next week — and for finally dropping the pretense that they don't hate Donald Trump like poison. To be completely fair, Mitt Romney has distinguished himself as a man of principle throughout this period — although, let's face it, he's also kind of a prick.)

Does that make the Republicans a "fascist" party? Honestly, that's giving the shambling zombie shell of the party that once represented old money, hardware store managers and small-town Presbyterian ministers way too much credit. Say what you will about Adolf Hitler — please, people, I know that phrase is an unacceptably dark joke — the guy spent a full decade diligently building a political organization and a mass movement that had a clear set of ideological principles and policy goals. All Donald Trump did was to grasp that the Republican Party was collapsing under the massive weight of its own ideological and political failure, and then stage a hostile takeover built on social-media insults and rage memes borrowed from Fox News and the late Rush Limbaugh, he of the Presidential Medal of Total Domination of All Media, or whatever it's called. Has that raised the national temperature and led to various acts of right-wing violence? Sure, but it's lard-ass couch-surfing fascism, at best, not a genuine mass movement committed to seizing power.

I am 159% not here to tell you that there's no difference between our two political parties, or that the Democratic Party's internal conflict (which is at least about real things, including ideology and generational change) is as bad as the so-called crisis within the not-quite-post-Trump GOP, or even that Joe Biden is a hapless historical nonentity whose presidency will wind up on the rocks sooner or later. None of that's true — well, OK, except possibly the Biden part, but he seems like a good guy on the whole who sincerely wants to patch the gaping holes in the sinking ship, and it's way too early to have any idea how he'll come across in the longer arc of history.

But the Democrats are hilarious, at least if you have an appetite for bleak humor. I'm not just beating up on the "liberals" and "moderates" either, as much fun as that is; the occasional or begrudging Democratic allies on the "left" — which I suppose is more or less where I identify — are also behaving like idiots. Having essentially lucked into control of both houses of Congress and the White House, after an election in which they underperformed across the nation in pretty much every state not starting with "G" (or containing a "Z") the Democrats are doing what they do best: Fine-grained, small-bore and deeply unimpressive reform legislation, internecine battles over issues where the general public wants big policy changes but the party's funders don't, and attempted purges of the left, both coming from the center (which is at least to be expected) but also from the left, some of which has uselessly concluded that the growing progressive caucus in Congress are a bunch of DINO corporate sellouts.

In the near term, this points toward another rebound cycle of dispiriting political defeat: Republicans could easily recapture both the House and Senate in 2022 (although they certainly won't win the most votes nationwide) on an incoherent non-agenda of reheated MAGA rage and conspiracy theory, effectively Trumpism without Trump and QAnon without Q. A brand new gerrymander built on the Trumpified racist wreckage of the 2020 census could once again create a built-in Republican congressional majority that it will take Democrats another several cycles to break down — even assuming that this dysfunctional political system continues to creak along in its familiar pattern, which is definitely not a safe assumption. I don't even want to speculate about the 2024 presidential election, which looks from this distance like one of those game-theory hypotheticals that has no viable solution (mixed with one of those low-budget Italian horror movies in which demons come off the screen and eat the audience).

On a larger scale, though, it's long past time for Americans to face the fact that we're not the only nation in the world that's going through this kind of crisis, and that our locked-in two-party system — which has nothing to do with the Constitution or the law — is itself a massive part of the problem. The bipolar two-party systems that defined most major European democracies during the postwar decades have already collapsed, or been rendered unrecognizable. In France and Italy, the two formerly-major center-left and center-right parties have effectively disappeared. In Britain, the once-socialist Labour Party hasn't won an election, under anyone except neoliberal reformer and George W. Bush lackey Tony Blair, since 1974, while the ruling Conservative Party, under Boris Johnson, has reinvented itself along vaguely Trumpian lines as the party of "Little England" throwback nationalism.

In a non-parliamentary system like ours, where the two parties have deep institutional roots and formidable fundraising power — yet have become increasingly detached from grassroots organizations and their own base voters, not to mention the ability to govern effectively — that kind of "revolution from within," however chaotic and disruptive it may be, apparently isn't possible. We're stuck with this thing we call "democracy," which isn't democratic, while trying to fend off a wave of angry yahoo populism that isn't quite "fascism," but expresses the legitimate anger of a significant proportion of the population in approximately the worst possible way. In game theory, there's always a solution that offers you the best possible chance of survival. That must be true here, I guess. But whatever that solution is, we haven't found it yet.