Bullies aren't all sociopaths — most are just trying to climb the social ladder, study says

The old cliche about bullies having low self-esteem is wrong; bullies want to advance at others' success 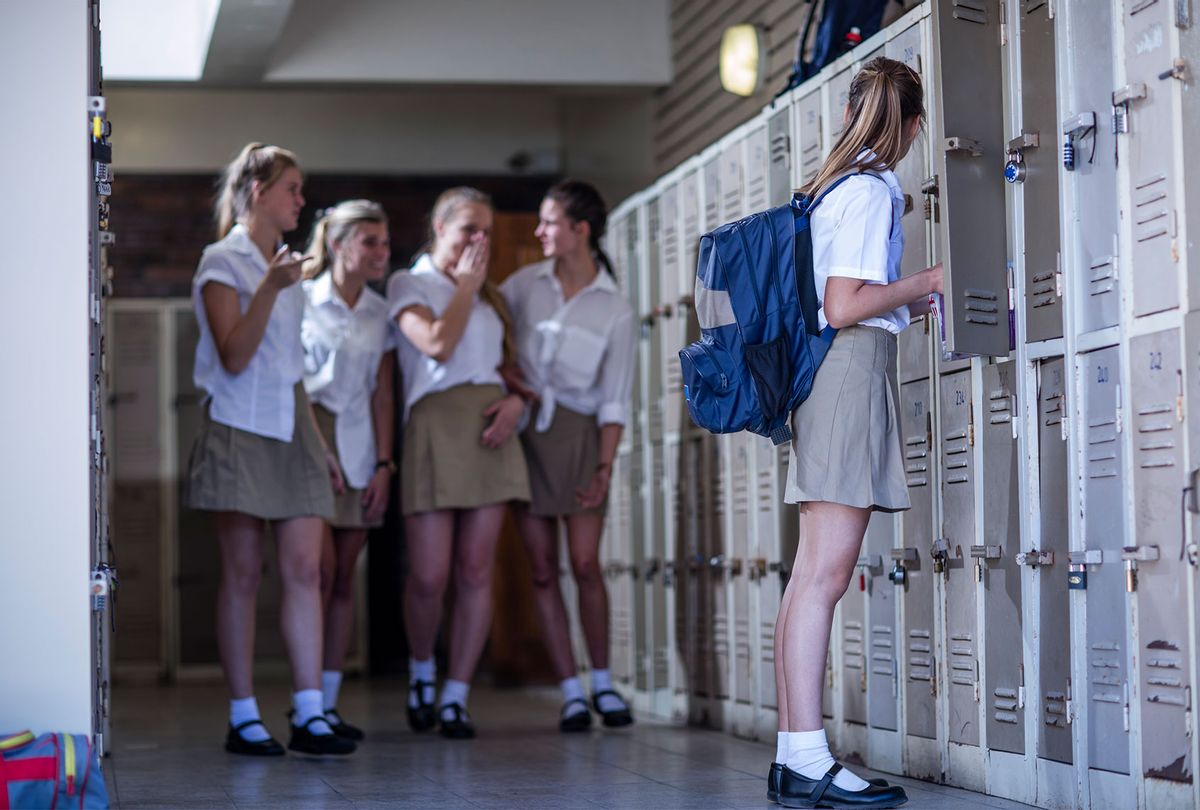 If you were ever bullied as a child or teenager, the chances are that you were told at some point that bullies deserve your pity: That they have low self-esteem, are victims of abuse themselves or are acting out of mental illness.

Yet a new study reveals that a large number of bullies act as they do in order to gain status among their peers — and that in trying to climb the social ladder, they will often target their own friends. Indeed, researchers at the University of California–Davis, Pennsylvania State University, and Northeastern University have published a new paper in the American Journal of Sociology arguing just that.

In the paper, the researchers describe an incident in which a Missouri seventh grader named Megan Meier was driven to suicide by her former middle school friend, Sarah Drew, who teamed up with her mother to bully the girl after she became popular and ended their friendship. The ensuing trial for Drew's mother was heavily covered by media at the time.

Incidents like this, the researchers argue, demonstrate that there is a problem with the clichéd notion that bullying is primarily limited to children and teenagers with mental illnesses and damaged home lives. Instead, they claim experts should recognize that bullies are often motivated by the social rewards they believe they can receive from inflicting harm on others, even if those individuals are their own friends. "This is not because they spend more time with one another, but because they compete for the same social positions and relationships," the authors explain. When people engage in bullying, they are frequently motivated by a desire to elevate their status at someone else's expense.

"Our study differs from most of the previous work on adolescent bullying in that we don't focus solely on the individual characteristics of young people, but instead pay attention to the broader social context in which adolescents are situated," Dr. Cassie McMillan, professor of sociology and anthropology at Northeastern University, told Salon by email. McMillan notes that a lot of anti-bullying programs have been ineffective because they focus on "individual-level traits" — meaning that they study the individual attributes of bullies and victims without placing them in the broader context of youth social networks. "We argue that adolescents often use bullying as a means to improve their social status," McMillan continued. "We hypothesized that we should see a 'frenemy' effect where adolescents are more likely to target their friends and friends-of-friends, because these peers are situated on the same rungs of the social hierarchy." Thus, bullying, McMillan argued, can be motivated by individuals within the same social group competing for "social rewards" — for example, "the starting quarterback position or the interest of a potential romantic partner."

This position stands in stark contrast to the message that children often received in the '90s and '00s, which was that bullies were simply displaying pathological behavior.

"We are not the first or the only ones to make that case, but for a long time scholars did think of bullying as pathological behavior, rooted in psychological deficiencies and problematic home environments," Dr. Robert Faris, professor of sociology at the University of California at Davis. He said that subsequent scholars learned through their research that "some bullies are actually quite popular and socially accepted," and that through research he conducted with colleagues it was revealed that "aggression escalates as adolescents gain social status, until they approach the pinnacle of their school's social hierarchy — when aggression is no longer needed and they desist."

He said that another paper he had written looked at high school yearbooks and deduced that aggressive behavior works: "kids who are more aggressive are more likely to join high status social circles — the cliques of the prom royalty, the best looking, etc."

McMillan noted to Salon that bullying creates trauma that lasts past the childhood and teenage years.

"Among the adolescents in our sample, we find that students who experience victimization from friends tend to report greater instances of depression and anxiety, and lower levels of engagement with their schools," McMillan explained. "In other words, we are not observing casual horseplay or harmless locker room talk. Instead, these are serious incidents and victims are likely to experience long-term negative consequences that may impede their mental and physical health, educational attainment, and future social relationships."

To avoid this type of suffering in both early and later life, Faris argued that "most anti-bullying programs do not work" and that kids who have already become popular through bullying are unlikely to stop simply due to group exercises and school assemblies.

"I think this leaves us with two alternatives," Faris told Salon. "First, we can accept the reality of status hierarchies and try to find ways of co-opting or redirecting them to reward kindness instead of cruelty, building on the established finding that bullies may be popular but widely disliked." He mentioned that there is an Israeli non-governmental organization, Matzmichim, that has adopted this approach. Faris argued that another strategy would be to "find ways to help kids forge stronger, more durable friendships, with the expectation that they will be less motivated to tear each other down to climb to the next rung of the social ladder."