If Perseverance finds life on Mars, this is what it will look like

No, it won't be little green men – here's what the rover is apt to see if it finds signs of life 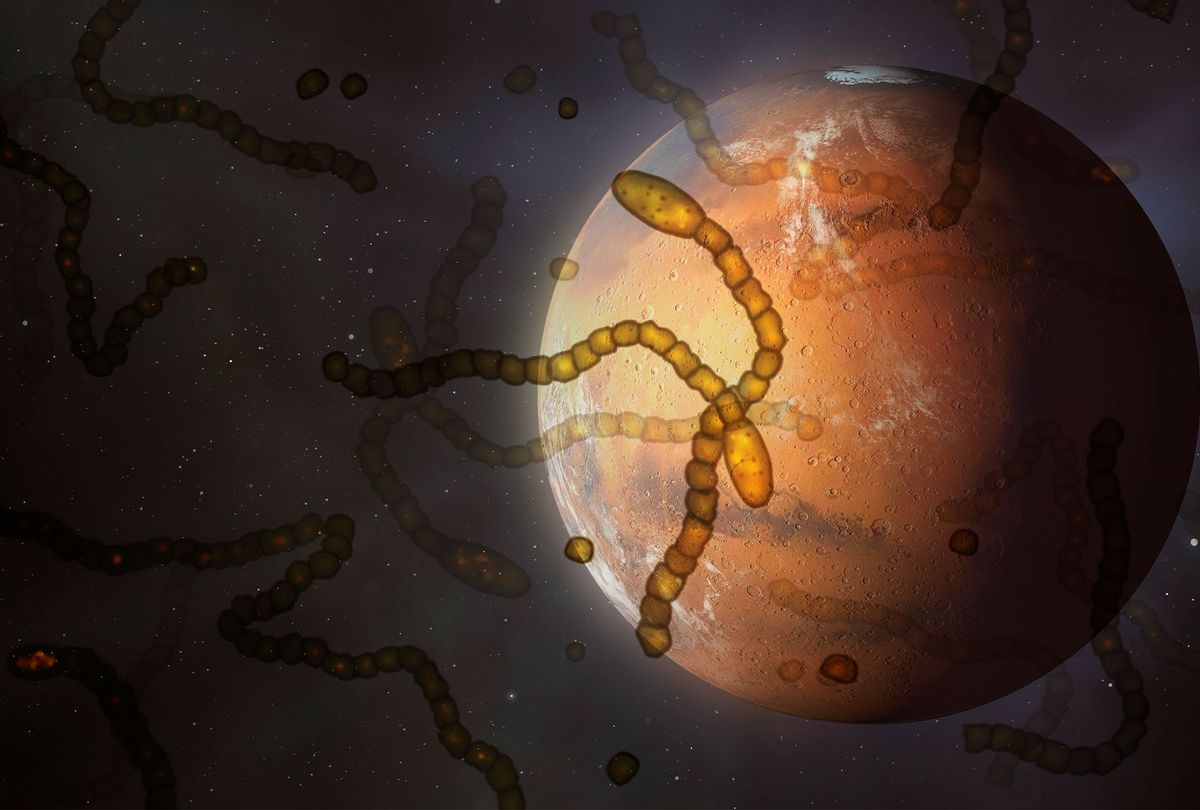 Now that the NASA rover Perseverance has successfully touched down on the red planet, the rover is due to set about its primary mission of trying to search for signs of life on Mars. Indeed, from its landing site to its specialized tool kit, the plucky car-sized rover is purposefully designed to look for life signs. Specifically, Perseverance contains complex machinery for testing the atmosphere and scooping up soil samples so they can be returned to Earth.

If Perseverance's exploration yields signs of life, that would obviously be one of the greatest discoveries in the history of science. But what, exactly, would the life itself look like? Could we actually discover funny little green men in flying saucers or a sophisticated and awe-inspiring civilization?

Scientists tell Salon: Probably not. (But you probably knew that already.) Yet the life sign that scientists expect to find on Mars would have their own bizarre and alien properties — and, if they exists would reveal many secrets about how common or uncommon life is in the universe.

"I think the first thing to keep in mind in our expectations for life on Mars is that it's probably microbial," Dr. Woodward Fischer, a professor of geobiology at Caltech, told Salon. This means that, among other things, scientists are not going to be looking for skeletons or the types of fossils associated with multicellular organisms like animal and plant life.

But that doesn't mean that Perseverance isn't looking for fossils.

Hence, one possibility is that scientists would find the byproducts of microbes in the form of minerals. There are, Fischer said, "certain minerals that the environment doesn't otherwise want to make, but the presence of biology there helps make those minerals." Some iron oxide minerals, for instance, would suggest the presence of microbial life.

Another possibility, Fischer said, is that scientists will find microscopic evidence of former life in the fossil record that include parts of cells themselves, "preserving little filaments and little rods and balls that would actually reflect their former cells."

Scientists could also find a type of rock called stromatolites. These are unusual rocks that look "kind of like a flaky biscuit" which can range from "the size of your finger" to "the size of a minivan." Fischer explained that "they're these little laminated fabrics that are the result of microbial mats that were once present. They're sticky and they help bind together sediment on the sea floor and they can build these accretionary structures. So it's kind of like a coral reef, but built entirely by microbes."

This may be disappointing to people who are hoping to find more advanced civilizations. Yet Dr. Seth Shostak, a senior astronomer at the SETI [Search for Extra-Terrestrial Intelligence] Institute, told Salon that when it comes to Mars, "you can safely assume it never got past the stage of making bacteria — single-celled organisms."

"The food supply was probably not adequate and there wasn't enough time," Shostak explained. "Mars went bad rather quickly. Within a billion years after the birth of Mars, Mars was probably not a great place to live unless you were a bacteria." Those organisms, if they did live on Mars, "might have been in the lakes and rivers, and even the ocean that we think covered Mars was three and a half to four billion years ago."

As Shostak pointed out, billions of years ago the planet may have been covered in oceans. One way to visualize it would be to imagine that everything in the current Martian topography which is up to 200 feet deep was filled with water, he explained. That is roughly how Mars might have appeared three to four billion years ago, according to some of the evidence compiled by scientists about the possible presence of liquid water on the Martian surface.

By contrast, Shostak pointed out, someone who might try to pour a glass of water on Mars today would see it immediately turn into vapor "like dry ice" because Mars only has about 1% of the atmosphere that exists on Earth. Billions of years ago, though, the planet had more atmosphere, which allowed liquid water to stay on the surface of Mars. That, combined with the minerals and sunshine, could have created the conditions necessary to support life. Shostak also said that if there is still life on Mars it would not be on the surface, but underground in aquifers and lakes underneath the Martian soil.

This understanding of what Mars may have looked like billions of years ago also helps explain why the Jezero Crater, which is just north of the Martian equator, was selected as the landing site of the NASA rover.

"The part that makes it so great is here is this crater that we know, from observations from orbit, hosted a big delta," Fischer explained. "Not only was there water flowing into this crater, forming a delta, there's water that's moving sediment around forming a delta, but water also floating out of the crater. And that lets us know that there was a lake that filled much of the crater," estimating that it would have been roughly the size of America's Lake Powell. Astrobiologists are excited about any part of Mars that might have been wet because, when it comes to finding alien life, "we think water is really important."

Of course, given that humans have never discovered extraterrestrial life, it is valid to ask why water is so important. Indeed, it is legitimate to inquire as to why we assume that the six elements which are most common in life on Earth — carbon, hydrogen, nitrogen, oxygen, sulphur and phosphorus — are considered to be prerequisites to life forms that may exist on other planets. If life is a form of matter that contains sentience, should we assume that only certain elements are capable of creating life forms?

"It depends on how narrowly you want to think about life," Dr. Michael L. Wong, a research associate at the University of Washington's astrobiology program and astronomy department, told Salon. "Are we looking essentially for a life that is just exactly like us — carbon-based with the other elements that you mentioned? That's one form of life, but who is to say that that's the only form of life that can be possible?"

Wong also pointed out that "life actually requires a lot of metal cofactors and its enzymes. Iron, for instance, is in our blood and that's all over Mars as well, the iron oxides." At the same time, although Wong said that he would be surprised if hypothetical Martian life contained completely different elements from life on Earth. The reason is simple: "Earth and Mars share that geochemical backdrop. Mars is smaller and it has slightly different geochemistry, but largely it's quite similar" to the geochemistry on Earth. This includes the presence of carbon dioxide in its atmosphere as well as methane that was discovered by a previous rover mission.

"If you figure out how to use that energy from the sun, you can really spread out across the planet," Fischer told Salon. "You basically go from being limited to that chemosynthetic life that needs to live near — energy sources like springs or hydrothermal vents or volcanic sources of the things that you need to live — to being able to spread out across large planetary surfaces that are based in light." It would also mean that you would need all of the reduced compounds that get made, for instance, by a volcano. If Mars is able to support photosynthetic life, it would be much more widespread than if it is limited to chemosynthetic life.

Even if it turns out that we don't discover life on Mars on this current expedition, however, that does not mean that it will have been for nothing.

"We can expect, first of all, just really beautiful, exciting pictures from Mars," Wong told Salon. "This is a brand new location we've never been there before." Because there are so many cameras on the rover, "we're going to get some marvelous images, so the public can be excited about that. I, as a scientist, just love looking at Martian landscapes and just imagining being on another world."