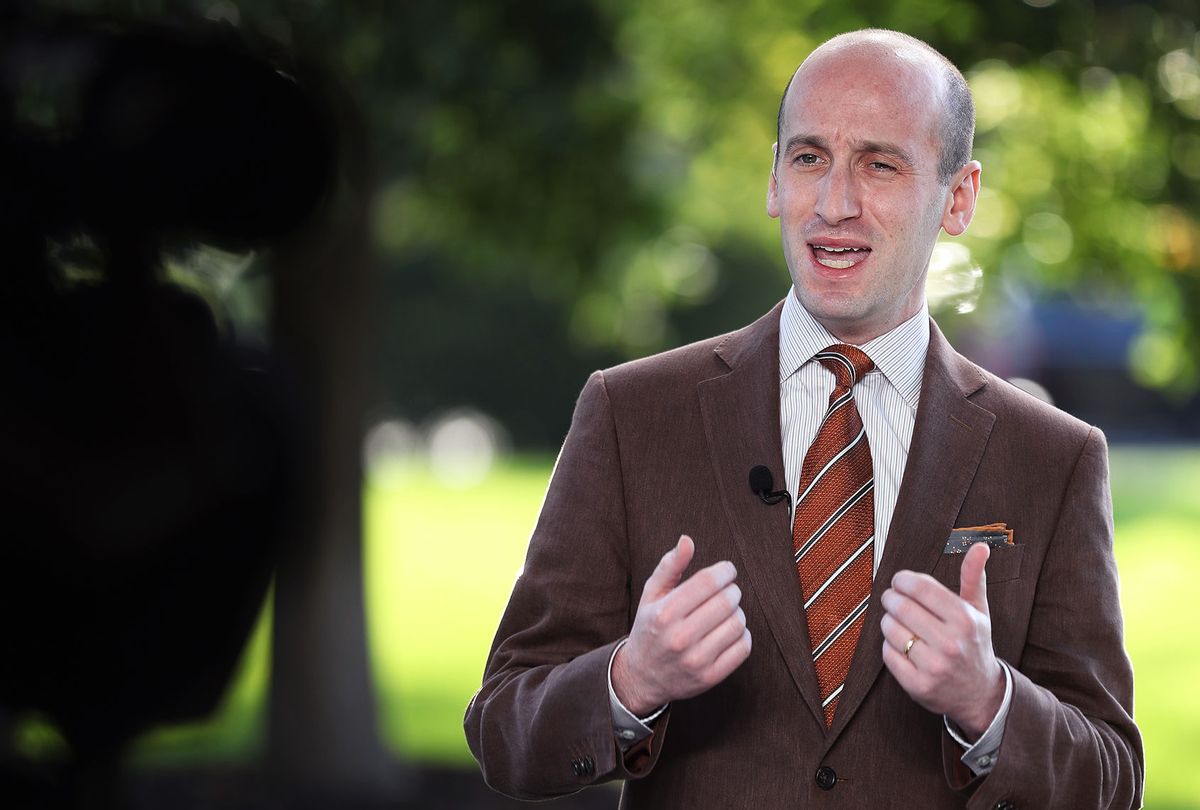 Although former President Donald Trump is no longer in the White House, his allies are trying to undermine President Joe Biden's agenda. One such ally, according to liberal Washington Post opinion columnist Greg Sargent, is 35-year-old Stephen Miller — who, Sargent writes, is operating a "shadow war" against Biden's administration and trying to turn public opinion against the new president's immigration policy.

"When the administration reopened a warehouse-like facility for migrant children in Texas this week," Sargent explains, "it caused a huge controversy on all sides. It inspired claims, mostly from the right, that President Biden is reverting to former president Donald Trump's policies, proving Trump right all along. But those claims are wrong."

Miller, Sargent notes, is "publicly encouraging enforcement agents to defy Biden's new policies" and "is running a propaganda war to manufacture the impression that Biden's agenda is already a catastrophe."

"When the new Texas facility opened, conservatives, Miller included, scoffed that Biden is being forced to resume Trump policies, because efforts to reverse them have collided with reality, vindicating Trump," Sargent writes. "All this is nonsense. On migrant children, Biden has not restarted Trump's policies. What Biden is doing has nothing in common with 'kids in cages.' And none of this proves Trump was right in any way."

Sargent goes on to explain why Biden's immigration policy is not a carbon copy or vindication of Trump's.

"It's important to note that the Texas facility is run not by Border Patrol, but by the Office of Refugee Resettlement," Sargent writes. "Federal laws and legal settlements require Border Patrol to take in children and hold them for no more than 72 hours, then transfer them to ORR, which then tries to place them with relatives or guardians."

Sargent continues, "Thus, the reopening of the Texas facility does not constitute holding children at the border. It constitutes using a warehouse-like facility to deal with overflow at ORR, the waystation before kids hopefully get moved to a better life. This isn't 'kids in cages' redux."

Another anti-Biden talking point on immigration, Sargent adds, is the claim that his "permissiveness" is "drawing more migrants" to the U.S.-Mexico border. But Sargent counters that Biden is simply "allowing migrants to have due process" and that many migrant children are fleeing violence in Central America.

Wendy Young, president of Kids in Need of Defense, told Sargent, "There continues to be a tremendous amount of violence, corruption and deprivation. Children leave because they're forced out of their home countries . . . We will be watching this closely to ensure that these children receive the services they need and are moved quickly to a place of stability."