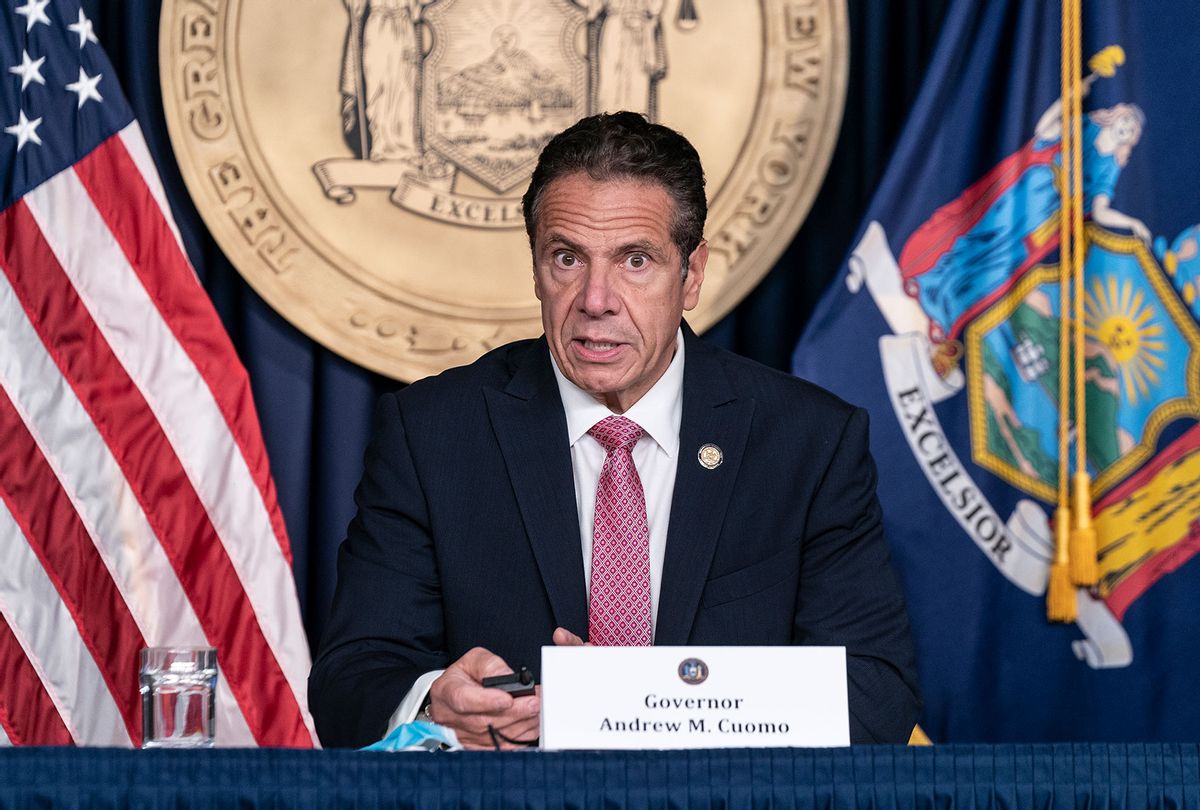 New York State Governor Andrew Cuomo holds daily media announcement and briefing at 633 3rd Avenue, Manhattan. Governor discussed Stabilization and Recovery Program for the state as well as uptick of positive infections in some areas of the state. Governor Andrew Cuomo announced that he will meet with Orthodox Jewish leaders to address COVID-19 clusters in communities downstate. He emphasized importance of wearing masks, social distances and enforcement of compliance. (Lev Radin/Pacific Press/LightRocket via Getty Images)
--

New York Gov. Andrew Cuomo has an expanding #MeToo crisis as he continues to be bogged down in a scandal over refusing to report COVID-19 nursing home deaths over fears of prosecution.

"A second former aide to Gov. Andrew M. Cuomo is accusing him of sexual harassment, saying that he asked her questions about her sex life, whether she was monogamous in her relationships and if she had ever had sex with older men," Jesse McKinley of The New York Times reported Saturday.

"The aide, Charlotte Bennett, who was an executive assistant and health policy adviser in the Cuomo administration until she left in November, told The New York Times that the governor had harassed her late last spring, during the height of the state's fight against the coronavirus," the newspaper reported. "Ms. Bennett, 25, said the most unsettling episode occurred on June 5, when she was alone with Mr. Cuomo in his State Capitol office. In a series of interviews this week, she said the governor had asked her numerous questions about her personal life, including whether she thought age made a difference in romantic relationships, and had said that he was open to relationships with women in their 20s — comments she interpreted as clear overtures to a sexual relationship."

Cuomo told The Times he "never made advances toward Ms. Bennett, nor did I ever intend to act in any way that was inappropriate."

"I understood that the governor wanted to sleep with me, and felt horribly uncomfortable and scared," Bennett said. "And was wondering how I was going to get out of it and assumed it was the end of my job."