Will woolly mammoth cloning ever be a reality?

Each year brings new headlines about the woolly mammoth's imminent resurrection. What is to be believed? 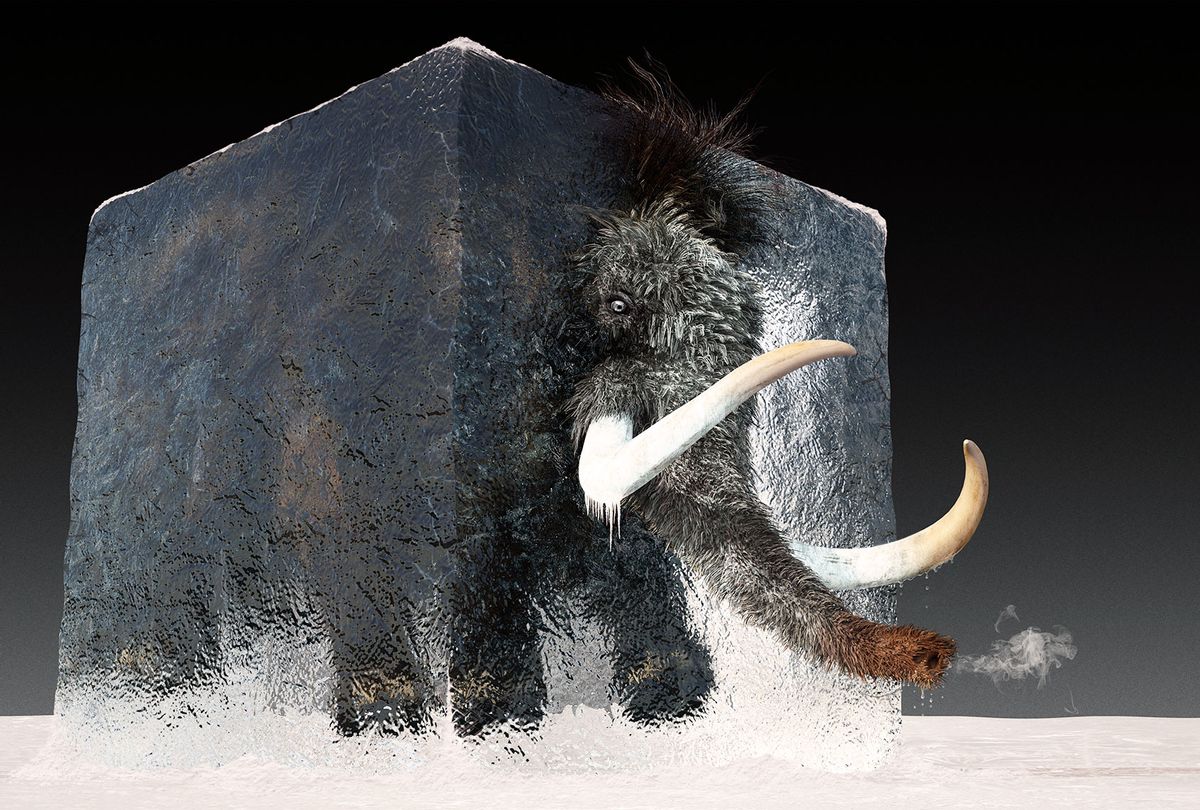 In the span of the short month of February, one group of scientists cloned an endangered black-footed ferret; another research group extracted the oldest DNA strands ever recovered from the preserved molars of a trio of mammoths. As both news about cloning and mammoth-related discoveries often do, the pair of stories prompted renewed interest in the question of bringing the Ice Age megafauna back to life. "If we could use ancient DNA to bring mammoths back life, do you think we should?" evolutionary biologist Richard Dawkins tittered upon hearing the molar DNA news.

Ever since cloning became a mainstream discussion topic, the mammoth has been considered one of the prime candidates. Part of that is because it is so indelible in our popular consciousness: mammoths are charismatic animals, appearing in popular films from the "Ice Age" series to "10,000 B.C.," and coexisted with human beings during our early history. Indeed, Ice Age humans drew cave paintings of mammoths. In addition, because mammoths are closely related to elephants, the animal could in theory be birthed by a female elephant. The idea of cloning woolly mammoths is so popular that there have even been documentaries made on the subject. And headlines about it being around the corner seem to be a fixture: four years ago, in 2017, a Guardian story said the mammoth was on the "verge of resurrection."

Even before the recent DNA discovery, we knew a great deal about the genetics of mammoths — even though they've been extinct for thousands of years.

"We know that mammoths were more closely related to Asian elephants than to African elephants," Dr. Beth Shapiro, an American evolutionary molecular biologist at the University of California, Santa Cruz who wrote the 2016 book "How to Clone a Mammoth: The Science of De-Extinction," wrote to Salon. "We know that mammoths and Asian elephants diverge somewhere between 5 and 6 million years ago. We know that they were widespread throughout the ice ages, lived everywhere across the northern hemisphere, and survived for the longest on the isolated islands like Wrangel Island and Saint Paul Island." She noted that mammoths interbred with other types of elephants like the straight-tusked elephant but that, most likely due to them becoming isolated in different regions, they began to genetically diverge from each other before eventually reuniting and continuing to exchange genes.

"What three new genomes do add is information about genetic diversity among mammoths that used to exist," Shapiro explained. "They tell us about genetic lineages that lives long before the lineage is that we already knew of. They allow us to reconstruct deeper evolutionary history, and learn about interbreeding between divergent lineages of mammoths that we didn't know happened before having access to this genetic information."

Swedish geneticist Dr. Tom van der Valk of SciLifeLab, who was the lead author on the study, told Salon by email that most of what we know about mammoths comes from frozen specimens. As a result, "we know they were hairy, we know how the tusks and trunk looked like, we know what size they were, etc. We also know how the mammoth is related to all other extinct and extant elephants."

Yet it turns out that the popular conception that having the DNA of an animal makes it easy to de-extinct it is not entirely true. Experts say that the DNA recovered from mammoth molars is not going to be particularly helpful when it comes to the prospect of resurrecting them.

"This recent discovery doesn't not contribute really to the de-extinction of the woolly mammoth," van der Valk explained. "We already had multiple high-coverage mammoth genomes before this study, so [we] already had a good idea of how the genome of mammoth looked."

Van der Valk's views were echoed by Dr. Love Dalén, a Swedish professor of zoology at Stockholm University who co-authored the study.

"These genomes are really old, and the people working on the resurrection already have access to other, more recent and with much better quality, genomes that we published back in 2015," Dalén wrote to Salon.

What the new DNA finding does do, however, is give a better picture of the evolution of the mammoth. Having additional genetic material from different regions and moments in time helps scientists illuminate how life evolved.

Currently there are a number of efforts to revive the mammoth, from the Harvard Woolly Mammoth Revival team led by geneticist George M. Church to efforts by Pennsylvania State University's Mammoth Genome Project to create an elephant-mammoth hybrid using African elephant DNA. Proposed methods for reviving mammoths range from cloning, which was championed by Kyoto University scientist Dr. Akira Iritani, to artificial insemination of a closely-related elephant with an elephant-mammoth hybrid. Dalén told Salon that scientists using a type of genetic technology known as CRISPR — one that works like molecular scissors by "cutting" DNA strands at predetermined locations with a version of the protein Cas9 and adding new genes — could find their research to be helpful.

"If anyone is interested in using the Crispr/Cas9 method to edit an elephant genome, and would like to use genes only unique to the woolly mammoth, our results could be helpful," Dalén explained. "The reason is that we now have sequenced a big part of the genome from the woolly mammoth's direct ancestor, which means that we now can identify these unique genes."

Shapiro echoed this view, writing to Salon that while the newly discovered mammoth DNA strands "teach us a little bit more about long-term mammoth evolution" they do not effectively address any of the immediate challenges that exist when it comes to resurrecting extinct species.

Shapiro added that quality genomes from more recent mammoths had already been discovered prior to the ancient mammoth DNA that was announced last month. While that DNA is "good quality," it is not at the point necessary for resurrecting mammoths to be a feasible prospect.

Van der Valk also expressed ethical reservations about the possibility of bringing back an extinct species.

"I think there are serious ethical considerations with the resurrection," he wrote to Salon. "This has to do with that one would need to use an elephant female as surrogate mother, and since this kind of in vitro fertilization using embryos that are genetically different from the surrogate carry a high risk of suffering for the females. Also, elephants are endangered, so I reckon it is better to let the elephant females produce more elephants."

Shapiro shared van der Valk's concern about using female elephants to gestate mammoths, adding that people who did decide to resurrect mammoths would need to make sure they are doing so for the right reasons.

"I imagine that if we had an ecological motivation for resurrecting mammoths, or perhaps for resurrecting some mammoth like traits — for example to create cold adopted elephants — and we had figured out how to do this in a way that did not harm elephants or mammoths, and if our intention was to create a robust society of many different generations and biological sexes, that would be the most ethically robust approach to doing this," Shapiro wrote to Salon. "Of course, none of that is possible right now."