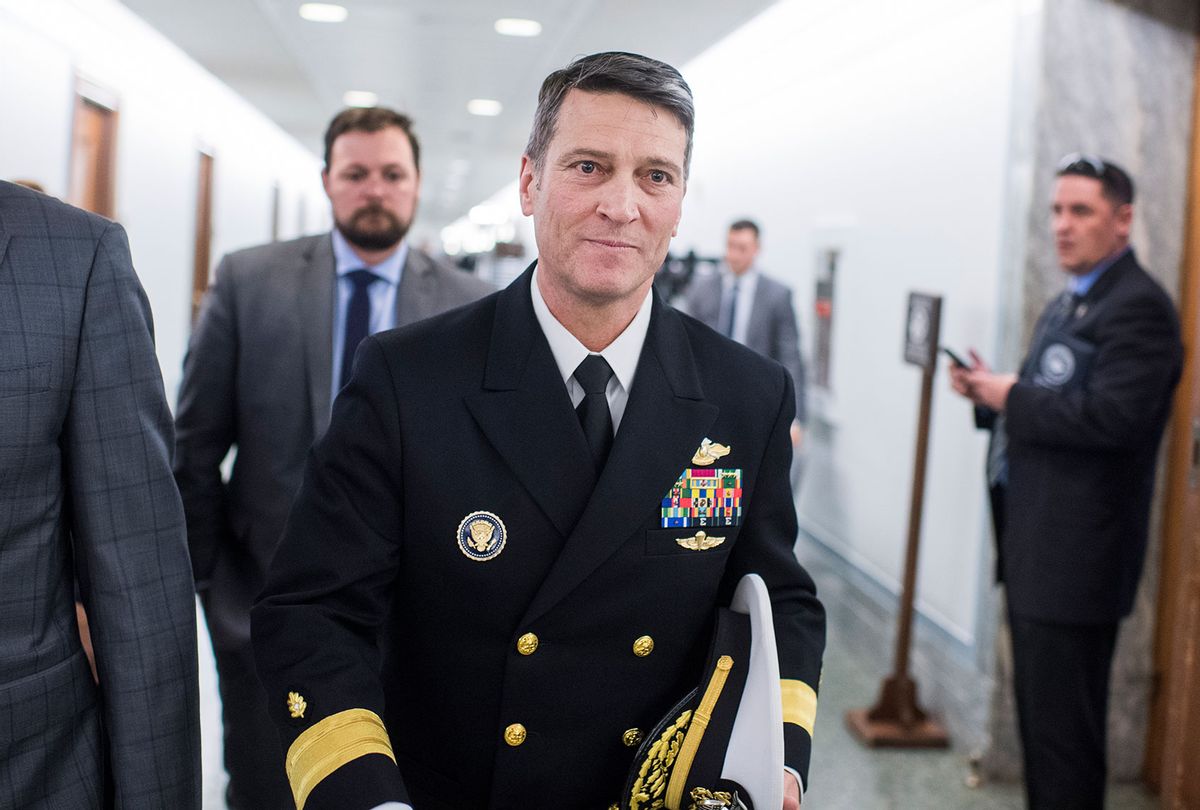 According to an official report issued by the Department of Defense, Rep. Ronny Jackson, R-Tex., allegedly made "sexual and denigrating" remarks about a female staffer, drank alcohol, and took the prescription drug Ambien during his time as the top White House physician to Donald Trump.

The Inspector General's investigation, launched in 2018, reviewed official documents and interviews with 78 witnesses, corroborating allegations that date back to Jackson's service under the Obama administration. Jackson, now a member of the House of Representatives as well as the House Armed Services subcommittee, was reportedly known for "yelling, screaming, cursing, or belittling subordinates," drinking alcohol during presidential trips and taking Ambien during long plane flights. Several witnesses reportedly described him as a "tyrant," a "crappy manager," a "dictator," and a "control freak." According to CNN, which has obtained the IG's report, Jackson "established a workplace where fear and intimidation were kind of the hallmarks of him, his command, and control of his subordinates."

In one instance, a witness recounted Jackson banging on the door of a female staffer's hotel room. When she opened the door, he pleaded, "I need you. I need you to come to my room." In another instance, a witness alleged that Jackson had described a female subordinate as "[having] great t**s," as well as "a nice a**." Several witnesses corroborated claims that Jackson's breath routinely smelled of alcohol, and that the Representative drank less than twenty-four hours before the President's arrival, a violation of a medical regulation which Jackson dismissed as "ridiculous."

The IG's report also notes that President Trump's White House Counsel insisted on being present throughout all of the watchdog's interviews with White House Medical Unit staff, which may have had a "potential chilling effect" on those who gave testimony. In fact, the investigation was put on a ten-month hiatus due to to concerns that the President would invoke executive privilege to quash it –– a privilege the President did not ultimately take.

The report, expected to be publicly released on Wednesday, has been demurred by Jackson as a politically-motivated hit job designed to "to repeat and rehash untrue attacks on [his] integrity."

"Today," said Jackson, "a Department of Defense Inspector General report has resurrected those same false allegations from my years with the Obama Administration because I have refused to turn my back on President Trump."

"I flat out reject any allegation that I consumed alcohol while on duty," he added, "I also categorically deny any implication that I was in any way sexually inappropriate at work, outside of work, or anywhere with any member of my staff or anyone else. That is not me and what is alleged did not happen."

Back in 2018, Jackson withdrew his nomination as the secretary of Veterans Affairs over similar allegations of abuse and intoxication. At the time, Jackson has similarly denied the allegations as "completely false and fabricated."