Questions for Joe Biden: There's still so much we don't know

White House reporters are almost certain to screw up Biden's first press conference. Here's how they can fix that 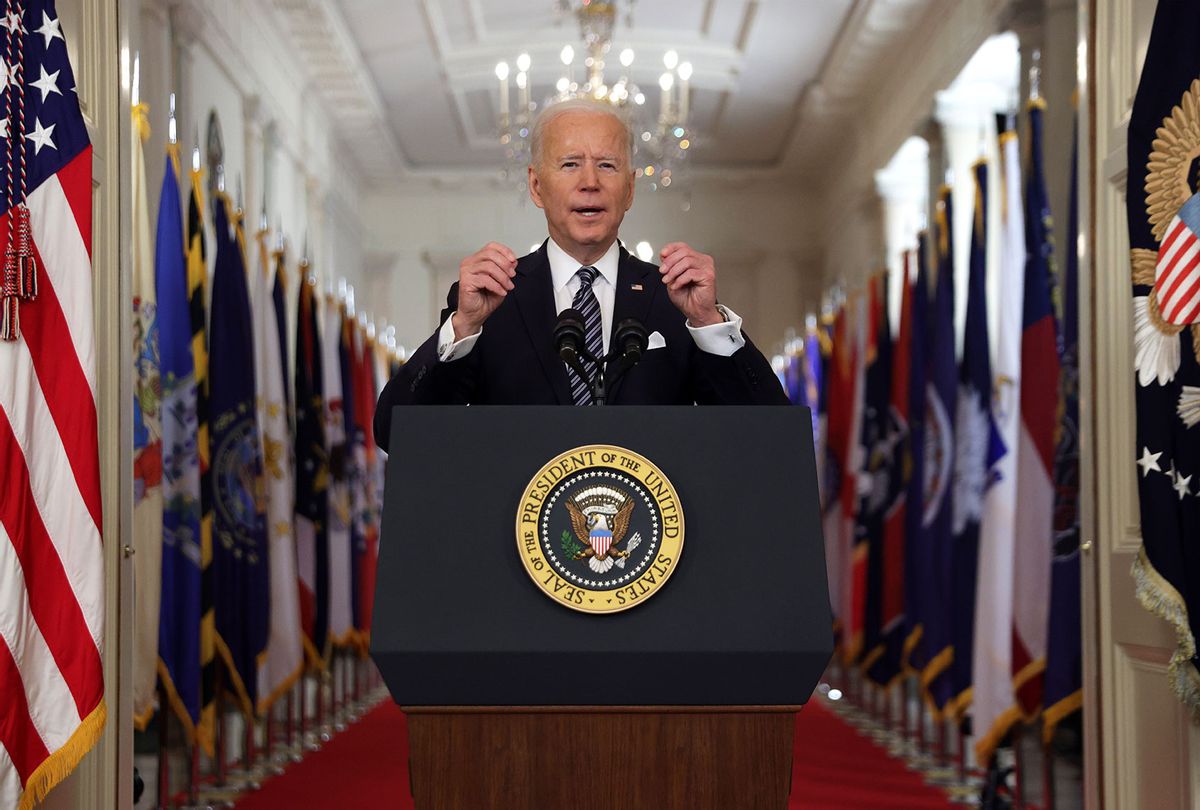 When Joe Biden finally gets around to holding the first news conference of his presidency — he told reporters on Thursday that he would take their questions "in the next couple days" — the White House press corps will almost inevitably blow it.

They'll ask incremental, trivial questions; they'll try to catch him in gotchas; they'll smugly demand to know why he failed to rally Republicans; they'll ask about the dog and Dr. Seuss and maybe even Mr. Potato Head. He'll end up saying a lot of stuff he's said a million times before.

What the reporters in that room really need to do, because they are the only ones who have the ability and the responsibility to do so, is dig deeper, hold him accountable and increase the public's understanding of what's going on inside his head — and his White House.

Some smart, clear questions about the news of the moment would be entirely appropriate. And let's acknowledge that it's a huge relief to have a functioning executive branch and officials who don't lie all the time.

But the fact is that there's still a lot we don't know about the Biden administration, its intentions, its decision-making processes and its approach to power. So far, by limiting his statement to specific topics, Biden has left a wealth of others entirely unaddressed.

That's why I'd like to see at least some questions that don't have talking-point answers, and that will add to our understanding of how this presidency is going to work. Ideally, they would not only provide transparency, but encourage even more of it. So I'll start with some of those:

Transparency, the public's right to know and increased visibility into the White House

Use of military force and abuse of intelligence

Voting rights (and the filibuster)

The value of dissent

The state of the media

Immigration and the border

There's nothing magical about a news conference. As I wrote in 2004, in my first piece ever for Salon, they generally don't make much news. Lou Cannon, who covered the Reagan White House for the Washington Post, told me: "News conferences have always been a forum for the president to say what he wants to say, not for us to get the information that we want to get."

But as the late, great legendary White House press corps veteran Helen Thomas put it: "The presidential news conference is the only forum in our society in which the president can be questioned. If he doesn't answer questions, there's no accountability."

It seems to me that a key to making presidential news conferences of value to the public is to establish, at the first one, that a reporter has the right and responsibility to follow up on their question. That doesn't mean asking a second question; that means the reporter should listen to the answer (unfortunately a non-starter for some of them right there). If it wasn't fully responsive, they should say so, and ask again. If it was responsive, they should try to pin down any ambiguities, or try to tease out a bit more information.

A news conference, unfortunately, is nothing like a sit-down interview for really drilling down on where a president is coming from. But the first news conference is a significant milestone. Will the new president answer questions or duck them? Will he be honest? Will he be clear? And will we learn anything new?