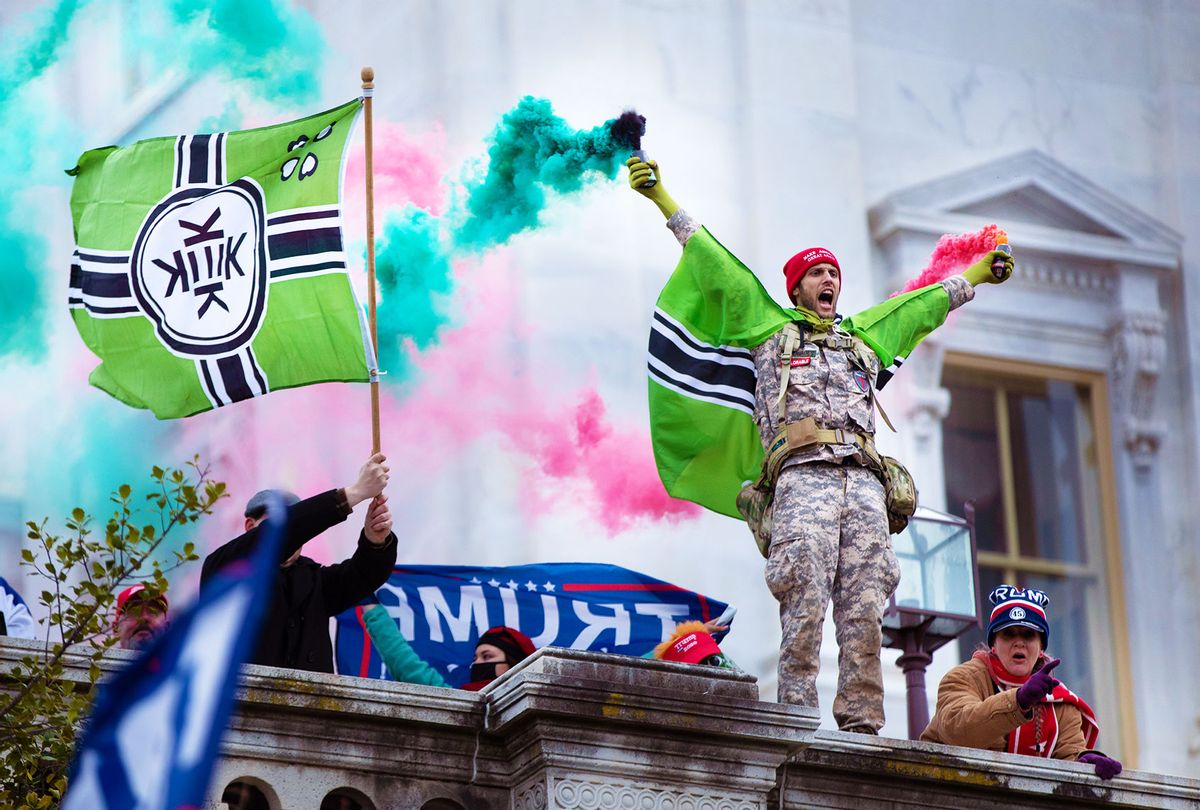 A new survey out Thursday reveals that a strong majority of Americans think it's important for federal law enforcement to prosecute the right-wing extremists and Donald Trump supporters who attacked the Capitol on January 6.

While 18% of Americans said it is somewhat important to do so, a wide majority—69%—said it is very important, Pew Research Center found.

Democrats, in contrast, were more likely to say it's very important. Eight-six percent of Democrats expressed that view, compared to 9% who said it is just somewhat important.

The Pew survey also revealed a strong partisan divide on the threat of right-wing extremism.

Overall, 52% of respondents said the far-right is a problem. That view was expressed by 73% of Democrats compared to just 29% of Republicans.

The survey also found that 51% view left-wing extremism as a problem. Republicans were far more likely to express that view (76%) compared to Democrats (31%).

Violent extremism in the name of Islam or Christianity was seen as a major problem by a much smaller percentage of overall respondents, 37% and 34% respectively.

The poll was released as House Speaker Nancy Pelosi's (D-Calif.) proposed 9/11-style commission into the Capitol assault stalls in Congress, and as the FBI releasedadditional footage of the attack seeking the public's help in identifying perpetrators.

Over 300 people have been arrested so far in connection to the January violence.

Former President Donald Trump, who incited the extremist mob with repeated lies the presidential election was "stolen," was acquitted by the Senate last month on the impeachment charge of inciting insurrection for his role in the Capitol assault.

The former president, however, is facing 29 lawsuits, including some seeking damages from his actions on January 6, as the Washington Post reported this week.

A Vox and Data for Progress survey from January found that 63% of likely voters, including 81% of Democrats and 32% of Republicans, think Trump is either "very much" or "somewhat" to blame for the attack.