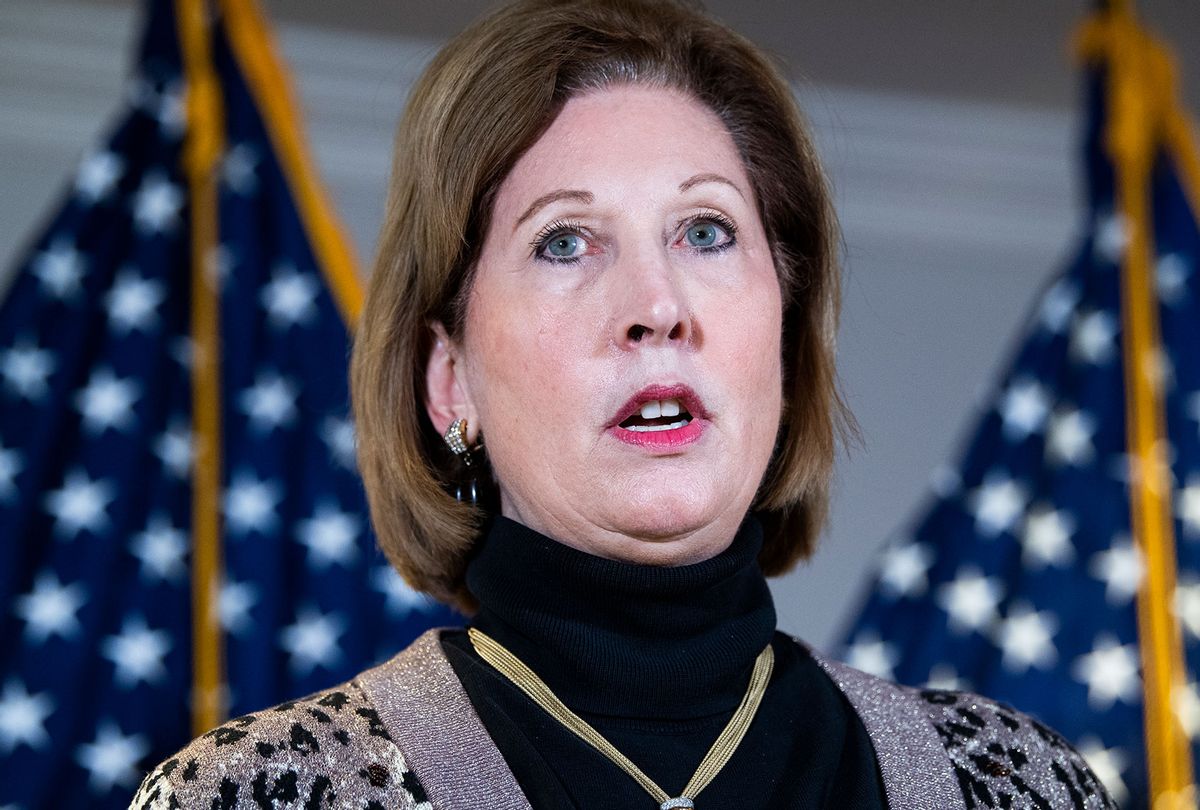 Sidney Powell, attorney for President Donald Trump, at a news conference at the Republican National Committee on lawsuits regarding the outcome of the 2020 presidential election on Thursday, November 19, 2020. (Tom Williams/CQ-Roll Call, Inc via Getty Images)
--

Former Donald Trump lawyer Sidney Powell has filed her response to the defamation lawsuit by Dominion Voting Systems by using more defamation from the conspiracy theories she was spreading in the aftermath of the 2020 election.

According to the court filing documents tweeted by BuzzFeed reporter Zoe Tillman, Powell presented a whole new defense for false allegations that Dominion was part of an election-rigging scheme linked to long-dead Venezuelan leader Hugo Chavez. According to Powell, "no reasonable person would conclude" those "were truly statements of fact"

Trump, Rudy Giuliani, Powell and a slew of far-right lawyers spent most of the months following the election spreading lies like the conspiracies about electronic voting equipment from Dominion.

Powell said in her defense that it's impossible to hold her liable for the conspiracy theories she spread because her "opinions and legal theories" were completely unreliable. She even went so far as to compare herself to reporters who are allowed 1A protection by citing sources that can be false.

According to a screen capture from Tillman, Powell went on to say "she disputes that her info was 'false.'"

The filling drew a flood of responses from legal experts and others who tell angry Trump supporters one thing while arguing something different in court.

See their comments below: