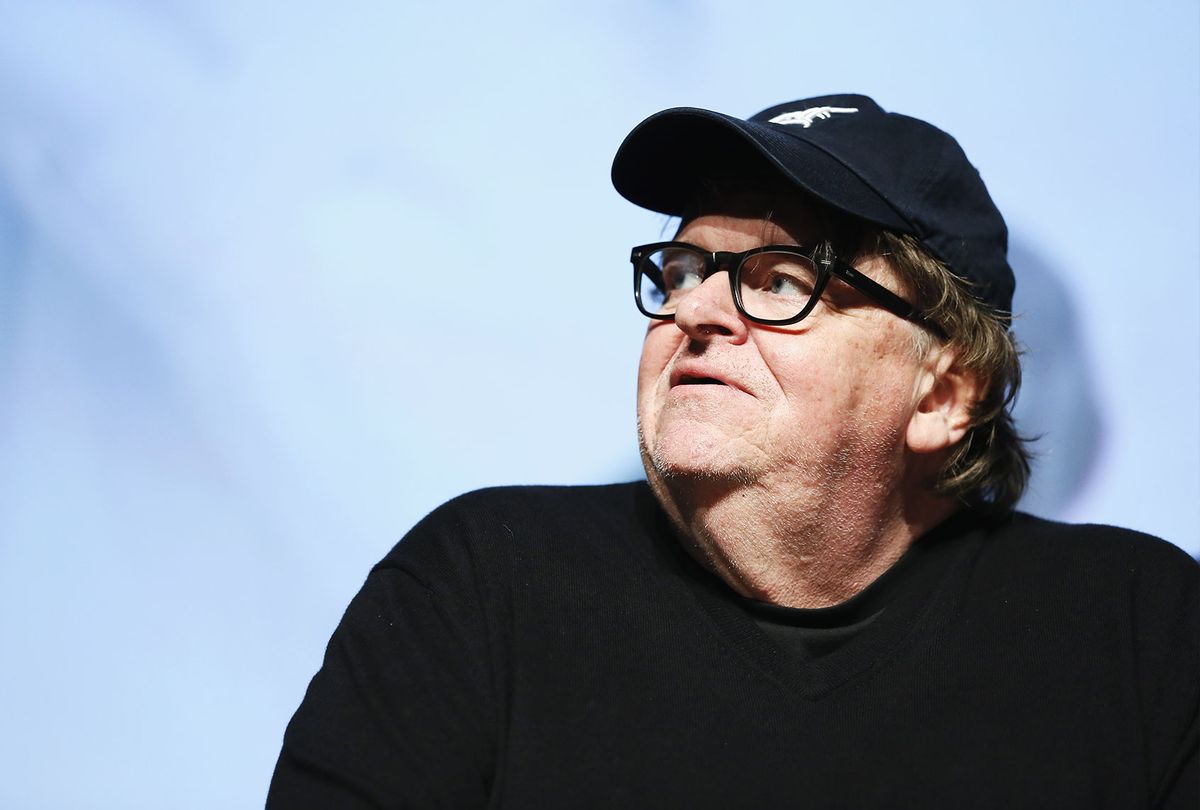 Documentary filmmaker and activist Michael Moore is facing criticism online after floating the idea that "people can come from all over the world and truly assimilate into our beloved American culture," in light of the news that the alleged Boulder, Colorado, shooter was born in Syria.

"The life of Ahmad Al Aliwi Alissa shows that people can come from all over the world and truly assimilate into our beloved American culture," Moore tweeted on Wednesday night, with an attached photo of the Statue of Liberty.

Moore faced swift backlash Wednesday morning on from many on the political right who resented the implicit message that mass shootings have become a part of "beloved American culture." Critics called Moore's tweet "heartless," in "poor taste," and a bit too soon following the deadly shooting.

"Did you really tweet this? We allowed him [to] refuge in our country & he repaid us by murdering our own people," Trump superfan and MAGA activist Scott Presler replied on Twitter. "This is most heartless tweet I've seen in a long time." Conservative commentator Ben Shapiro also fired back at Moore's tweet: "Yes, clearly 'American culture' is to blame when a reportedly mentally ill Syrian immigrant who expresses hatred for Trump and concerns about "Islamophobia" shoots up a supermarket. You are egregiously terrible," he responded.

The alleged shooter, Ahmad Al Aliwi Alissa, has been arrested in connection to the mass shooting at a King Soopers supermarket in Boulder on Monday, which left 10 people dead.

A family member of the alleged shooter told The Daily Beast that he believed his sibling was mentally ill. The alleged shooter's 34-year-old brother, Ali Aliwi Alissa, said he thought the shooting was "not at all a political statement" but rather reflected "mental illness." Ali Aliwi Alissa continued, "The guy used to get bullied a lot in high school. He was like an outgoing kid, but after he went to high school and got bullied a lot, he started becoming anti-social." The Beast also reported that in a now-deleted Facebook posting, the alleged shooter said he was "born in Syria 1999 came to the USA in 2002."

Moore is best known for his award-winning film on gun violence, "Bowling for Columbine," which spotlighted "the proliferation of guns" in America. His film makes the case that the rise of guns in the U.S. lead to the deadly 1999 Columbine High School shooting. Back in 2019, Moore told MSNBC that gun control activism efforts would make a difference one day. "The 78 percent of this country that does not own a gun are going to get the legislation passed," he stated at the time. "We can fix this."