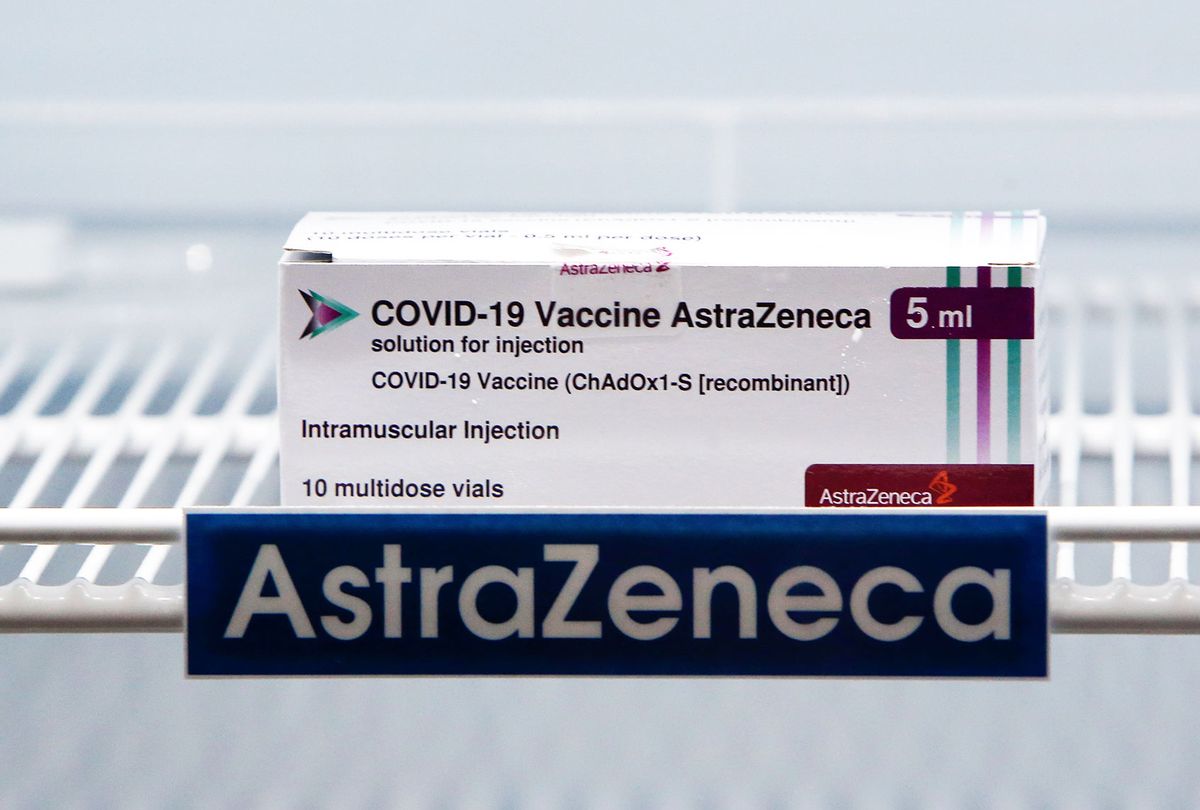 On Tuesday morning, the National Institute of Allergy and Infectious Diseases (NIAID) issued a statement regarding the vaccine trial data released by pharmaceutical company AstraZeneca from its COVID-19 vaccine. NIAID's statement said that they were "concerned by information released by AstraZeneca on initial data from its COVID-19 vaccine clinical trial." It continued: "the DSMB [Data and Safety Monitoring Board]  expressed concern that AstraZeneca may have included outdated information from that trial, which may have provided an incomplete view of the efficacy data."

In the statement, NIAID urged AstraZeneca to review the vaccine efficacy data and ensure its accuracy and timeliness.

It was an unusual statement for the National Institute of Allergy and Infectious Diseases to release, and it arrives at a time when public perception of AstraZeneca, and confidence in its vaccine, is dwindling. As Salon previously reported, use of AstraZeneca's vaccine was suspended abroad last week following reports of the recently-inoculated experiencing blood clots.

On Tuesday morning, Dr. Anthony Fauci, the head of the NIAID, told Stat News that the NIAID's Data and Safety Monitoring Board raised concerns because the results in an AstraZeneca press release appeared to show different efficacy numbers than more recent data about the vaccine. Specifically, on Monday, AstraZeneca said its vaccine appeared to be 79 percent effective at preventing COVID-19. The news prompted several news reports, included one in Salon. However, a panel of independent experts said the actual effective number was lower — between 69 percent and 74 percent, as reported by the New York Times.

"I was sort of stunned," Fauci told Stat News. "The data and safety monitoring board were concerned that the data that went into the press release by AZ [AstraZeneca] was not the most accurate and up-to-date data. That is what the DSMB communicated to AZ in a rather harsh note. Having seen that letter we could not just let it go unanswered."

Fauci told Stat News that NIAID released the statement because the agency felt they "could not remain silent."

"Because if we did remain silent, we could be understandably accused of covering something up," Fauci said. "And we definitely didn't want to be in that position."

In a public response, AstraZeneca said: "the numbers published yesterday were based on a pre-specified interim analysis with a data cut-off of 17 February."

In a moment when vaccine hesitancy is one of the biggest barriers to achieving herd immunity against the novel coronavirus, public health experts worry the ongoing public saga of AstraZeneca's woes could lower confidence in this vaccine —especially as it prepares for regulatory approval in the United States.

"Any type of thing like this could unfortunately contribute to a lack of confidence in the process," Fauci said.

Dr. Peter Hotez, a vaccine expert at the Baylor College of Medicine, told the New York Times that any of these "unforced errors" can be very damaging to the public confidence in this vaccine.

"And that will really affect our ability to combat this pandemic," Hotez said.