Women in STEM face a "confidence gap." Here's what that means, and how to fix it

Within STEM-related fields, women make up a mere 28% of the workforce. What is to be done? 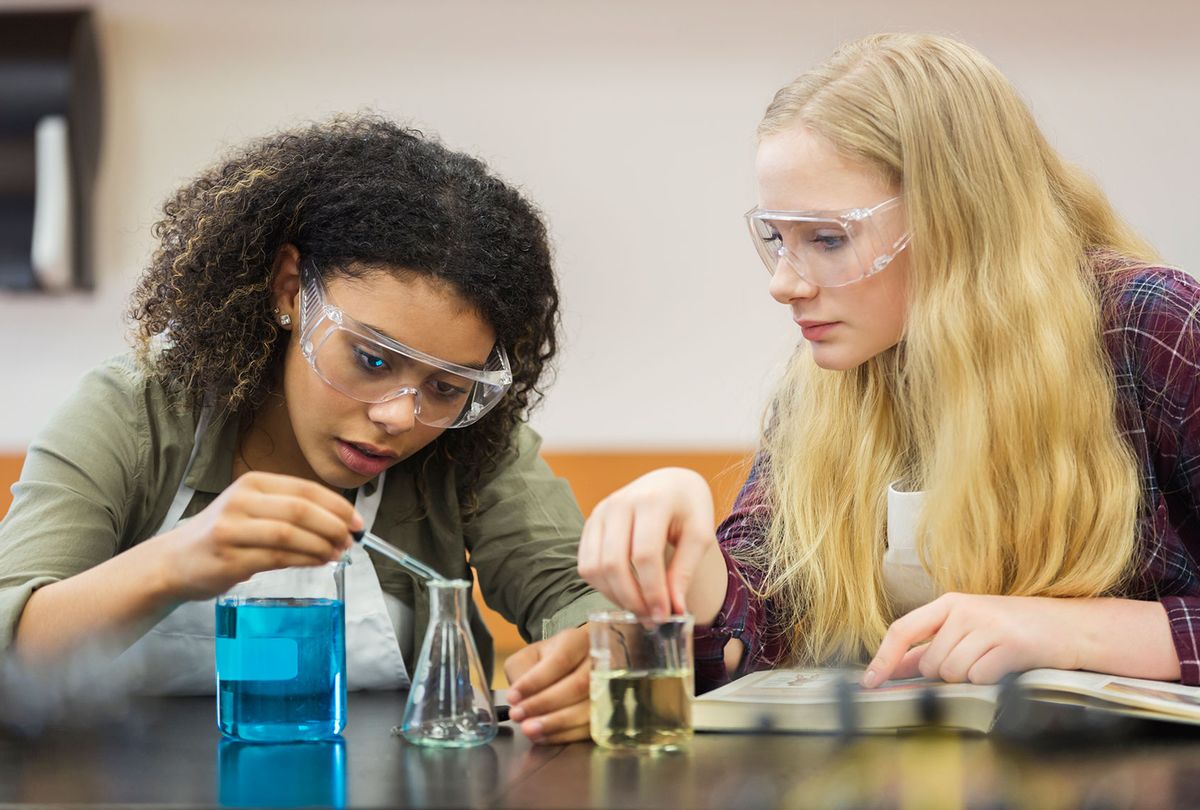 In my career as a scientist, a great deal of the professional support I have received has been from men. Part of that may be because STEM fields — an acronym for science, technology, engineering and math — are generally male-dominated. Still, I am grateful for having had encouraging male mentors who shared my goal of trying to achieve gender equity in STEM fields. This doesn't detract, however, from the unspoken privilege afforded to men at all levels of scientific research. It's an issue that is rarely spoken about openly and one that must be tackled if we are to create workspaces that encourage diversity in the future.

Dealing with challenges around discrimination and privilege is a very solitary affair. Often times there is a pressure to pretend these challenges are not there in order to carry on. There isn't always a collective support system to either articulate or put a name to these challenges, nor are there channels to deal with them. As a young scientist, I had very few role models who looked like me, which ultimately meant that I had to face many roadblocks and challenges on my own.

This isn't good enough for future generations. We need to create more nurturing cultures in our laboratories and universities, where diversity is encouraged and celebrated. Although I recognize that there are talented women who transcend these roadblocks to become leaders, it sometimes appears that being an exception to the rule is not enough.

This starts with visibility and participation and ends with trust and realization. Getting young women interested in the STEM fields is a passion project for me, and I've been involved in events at my university, KAUST, where young girls come out and meet the female faculty. They can see the type of research that's going on in the lab, and they see that there's women working and succeeding. You can see the excitement in their faces. It seems simple, but that's where we have to start.

The root causes for this imbalance are complex and start with education, at the college and university level but even as far down as elementary school. A study done by Microsoft showed that the high priority and attention placed on STEM in schools isn't translating to higher ed and the workforce for women. And when women do make it into a science or math-related field, they face further challenges: stereotyping, pay that is less than male colleagues, and a lack of credit for their work. Moreover, women also leave STEM fields at a much higher rate than men — especially working mothers.

Challenges for women in STEM are complicated because of the roles they often play in families. In fact, nearly half of US female scientists transition to part time or leave their fields entirely after their first child.

The fact is, academic institutions aren't always geared toward the needs of women, especially in the community outside the classroom. My institution has been wonderful in this regard, supporting us not only in the lab and classrooms but off campus as well. But this is, at least in part, due to the fact that it is a relatively young institution that was open to making changes early on to build the infrastructure and environment necessary for this to happen.

Besides fighting stereotypes that incorrectly suggest men's brains are better suited for work in math and the sciences, we[KS1]  need to work to decrease the "confidence gap" – where young women with a predilection for STEM fields are discouraged or lose interest. That starts as early as elementary school – but needs to continue throughout college and grad school and into the work force.

Additionally, COVID-19 has thrown job markets into chaos around the globe. Amid all the disruption may be an opportunity to help steer more women into STEM fields. As workers seek accessible ways to retrain or pivot their careers, academic institutions must encourage women to seek out STEM-related opportunities.

There is a lot at stake here. STEM occupations are expected to see explosive growth in the coming years, as math, science, and engineering become highly sought after skills by employers. Within STEM-related fields, women make up only 28% of the workforce, according to the American Association of University Women (AAUW,) and men vastly outnumber women majoring in most STEM fields in college. The gender gaps are particularly high in some of the highest-paid jobs of the future, like computer science and engineering.

If we do not act quickly to bring equity to these fields, we run the risk of leaving women behind during this economic boom.

The more that women, especially young women, can see people like themselves working in STEM fields, teaching, making discoveries and breakthroughs, the more we can begin to close the gap. STEM knowledge will continue to be vital to the workforce, and it is critical to close the gender gap as we seek to rebuild from this year's global economic disruption. It will take a coordinated, consistent effort that includes acknowledging that a problem exists, which each of us, irrespective of gender, needs to work towards resolving. And that starts with representation.

Jasmeen Merzaban is an Associate Professor of Bioscience at King Abdullah University of Science and Technology.