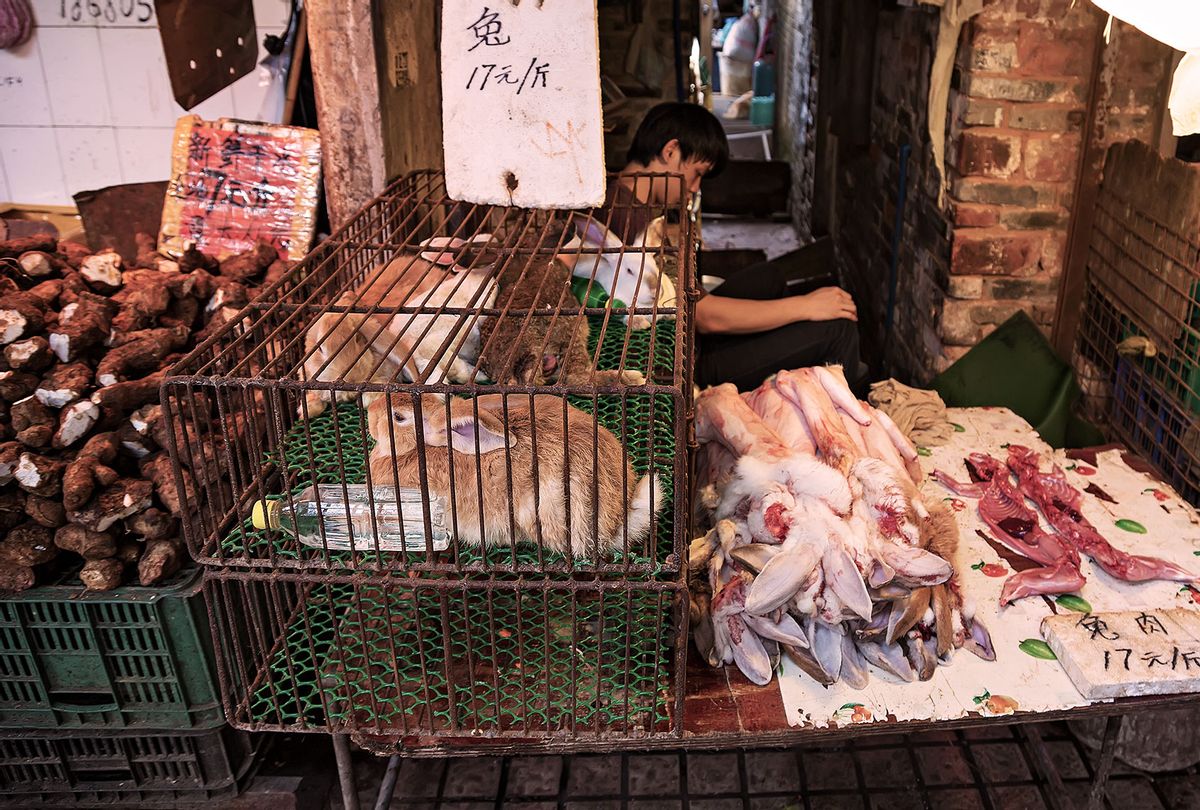 The World Health Organization (WHO) released a 120 page report on Tuesday which argues that the COVID-19 pandemic most likely began at animal markets, though President Joe Biden's administration raised questions about its conclusions.

The report, which was the product of a massive investigation from the international non-governmental organization, asserts that SARS-CoV-2 — the coronavirus which causes COVID-19 — likely did not spread widely before December 2019; it also dismisses the possibility that the outbreak began at the Wuhan Institute of Virology, a theory known as the lab leak hypothesis. Rather, WHO traces the pandemic to markets that sold animals, both dead and alive, noting that "many of the early cases were associated with the Huanan market, but a similar number of cases were associated with other markets and some were not associated with any markets."

The report describes how there were early cases not associated with the Huanan market, but added that milder cases which have yet to be identified may ultimately link the Huanan market to some of the more mysterious initial infections.

"No firm conclusion therefore about the role of the Huanan market in the origin of the outbreak, or how the infection was introduced into the market, can currently be drawn," the authors write.

As the WHO's Peter Ben Embarek told the scientific journal Nature, "we could show the virus was circulating in the market as early as December 2019." He added that there will be more investigations, pointing out that "a lot of good leads were suggested in this report, and we anticipate that many, if not all of them, will be followed through because we owe it to the world to understand what happened, why and how to prevent it from happening again."

The WHO foreshadowed its conclusions in mid-March when another member of its investigative team, disease ecologist Peter Daszak from EcoHealth Alliance, told NPR that the international public health organization believed southern Chinese wildlife farms were the most likely source of the outbreak. As Daszak explained at the time, "They take exotic animals, like civets, porcupines, pangolins, raccoon dogs and bamboo rats, and they breed them in captivity." He added that the Chinese government had promoted wildlife farming as a way to economically revitalize rural communities but announced it would stop wildlife farming for food in February 2020. The government then shut down the infected farms and sent instructions to citizens on how they could dispose of animals in ways that did not spread the disease.

Not everyone is happy with the WHO report. Shortly after the United States joined 13 other countries in releasing a joint statement criticizing the report, White House press secretary Jen Psaki told reporters on Tuesday that Biden has doubts about whether it is reliable.

"I think he believes the American people, the global community, the medical experts, the doctors — all of the people who have been working to save lives, the families who have lost loved ones — all deserve greater transparency," Psaki told reporters at the press conference, arguing that the Chinese government had not been sufficiently open to questions about the pandemic's origins. Secretary of State Antony Blinken voiced similar criticisms last week, telling CNN that "we've got real concerns about the methodology and the process that went into that report, including the fact that the government in Beijing apparently helped to write it."

Others have also expressed concerns about the report. In mid-March, Charles Schmidt of MIT Technology Review described Daszak as "a longtime Wuhan Institute of Virology collaborator" and reported that some of his sources believed Daszak had a conflict of interest because he had received grant funding to conduct research at the Chinese lab from the National Institutes of Health. Josh Rogin, a Washington Post columnist who wrote the book "Chaos Under Heaven: Trump, Xi, and the Battle for the 21st Century," argued on Monday that the report is "fatally flawed" because the Chinese government received an advance copy of the report and controlled how investigators could examine Wuhan, whose laboratories "hold the world's largest collection of bat coronaviruses."

There are also medical experts who have defended the report and China's handling of the virus. Eddie Holmes, a virologist at the University of Sydney in Australia, told Nature that the report effectively lays out what we can confirm about the early days of the pandemic and added that "there was clearly a lot of transmission at the market. To me, looking at live-animal markets and animal farming should be the focus going forward."