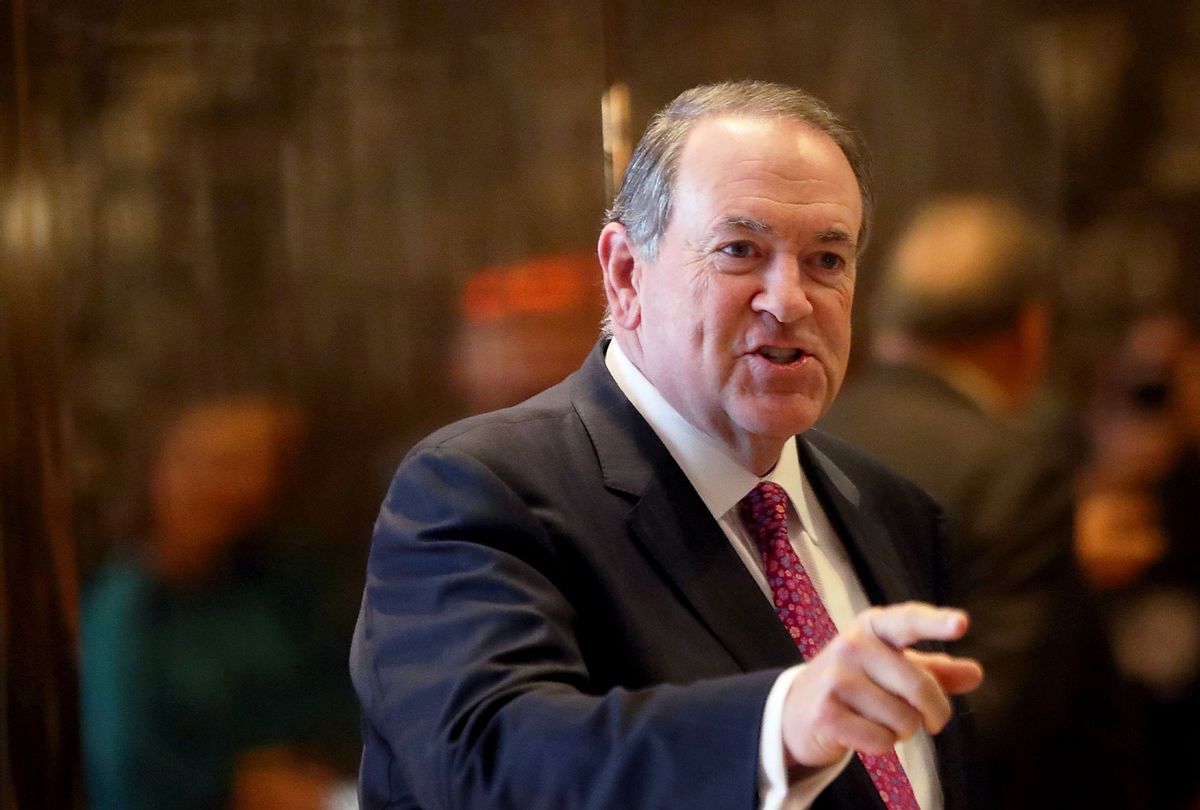 Former Arkansas governor and long-ago presidential candidate Mike Huckabee, while trying to criticize companies that have objected to Georgia's new stringent voting law, joked that he now seeks to "identify as Chinese" in a tweet which was widely attacked as patently offensive to Asian-Americans.

"I've decided to 'identify' as Chinese. Coke will like me, Delta will agree with my 'values' and I'll probably get shoes from Nike & tickets to @MLB games. Ain't America great?" Huckabee tweeted on Saturday. The tweet was apparently meant as a dig at Delta Airlines, Coca-Cola and Major League Baseball after those entities expressed opposition to the new Georgia voting law, which seeks to make the voting process in the state more restrictive and is disproportionately likely to affect Blacks and Latinx voters. To put it mildly, Huckabee's gag didn't land well, attracting more than 60,000 comments, with many users calling out the former governor for constantly avowing his Christian faith yet espousing hateful anti-Asian rhetoric.

"I've decided to identify as Mike Huckabee because I am also a huge idiot who has no skills with interacting with modernity," Daily Beast reporter Asawin Suebsaeng responded.

"Name-calling, shunning, and assault were among the nearly 3,800 hate incidents reported against Asian-Americans and Pacific Islanders nationwide over the last year, according to Stop AAPI Hate," The New York Times reported in March. The group said it had received reports of 3,795 incidents between March 19, 2020, and Feb. 28, 2021, the Times reported, but said "the number could be higher because not all incidents are reported."

In a more recent feature story, the Times reported on the rise of anti-Asian rhetoric and widespread acts of violence and intimidation, apparently fueled by the coronavirus pandemic, which Trump and many other conservatives have implicitly or explicitly blamed on China:

Over the last year, in an unrelenting series of episodes with clear racial animus, people of Asian descent have been pushed, beaten, kicked, spit on and called slurs. Homes and businesses have been vandalized. The violence has known no boundaries, spanning generations, income brackets and regions.

The New York Times attempted to capture a sense of the rising tide of anti-Asian bias nationwide. Using media reports from across the country, The Times found more than 110 episodes since March 2020 in which there was clear evidence of race-based hate.

Huckabee has yet to apologize or delete his tweet, and on Saturday night attempted to deflect criticism, responding to a user who called the original tweet "antithetical to the gospel" by writing, "I don't take Twitter or myself that seriously, but I do take gospel seriously. I truly wish you only joy & continued blessings."