To end "30-year race to the bottom," Janet Yellen calls for global minimum tax on corporations 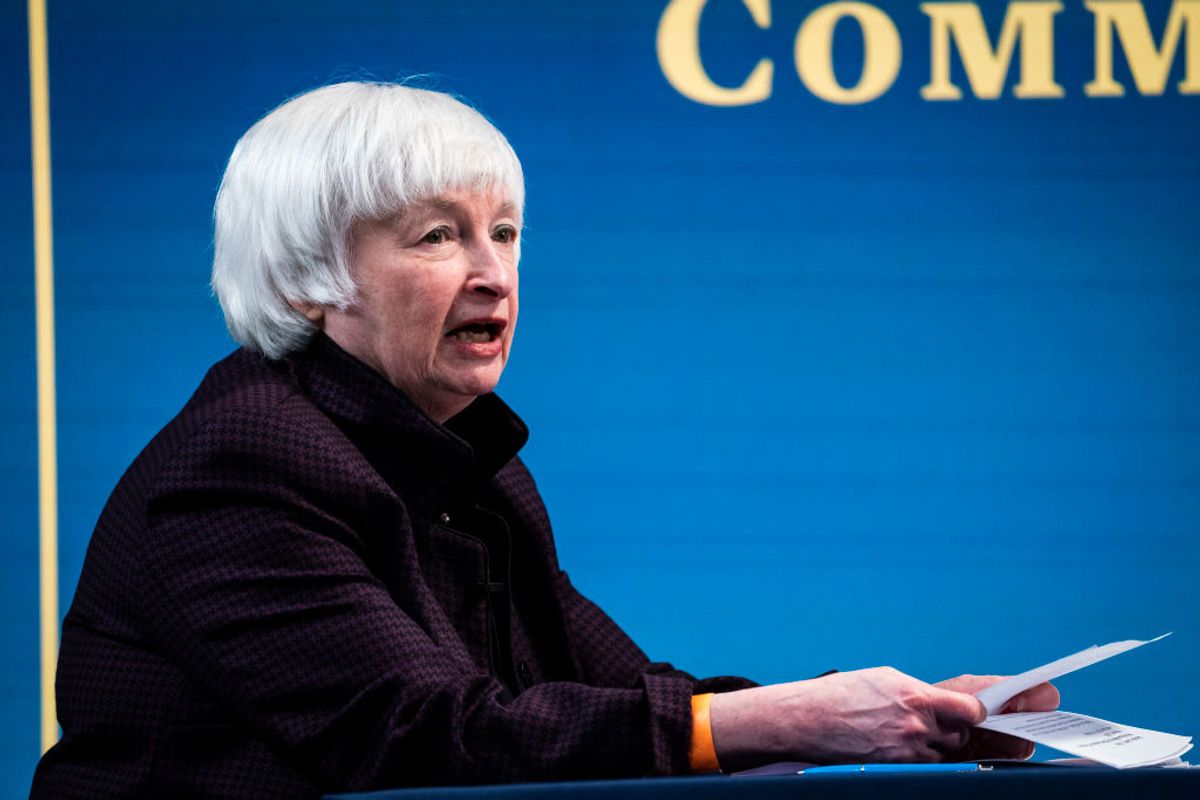 In an effort to end what she called the "30-year race to the bottom on corporate tax rates," U.S. Treasury Secretary Janet Yellen on Monday urged her counterparts around the world to join her in embracing a global minimum tax aimed at preventing companies from shifting profits offshore to slash their bills.

The proliferation of so-called "tax havens" around the world in recent years contributed to the sharp decline in the average global corporate tax rate — which has fallen from around 40% in 1980 to 24% today — as countries adjusted their rates downward to either attract multinationals or prevent companies from seeking to stash their profits elsewhere.

Yellen argued in a speech to The Chicago Council on Global Affairs Monday that the "pressures of tax competition" are eroding corporate tax bases across the world, undermining nations' efforts to establish "stable tax systems that raise sufficient revenue to invest in essential public goods and respond to crises."

In her address, Yellen vowed to work with G20 nations to "agree to a global minimum corporate tax rate that can stop the race to the bottom."

"Together we can use a global minimum tax to make sure the global economy thrives based on a more level playing field in the taxation of multinational corporations, and spurs innovation, growth, and prosperity," she added.

Gabriel Zucman, an associate professor of economics at the University of California, Berkeley, applauded Yellen's push for a global minimum tax, a proposal he has long supported as a way to eliminate incentives for offshoring.

"A high global minimum tax can change the face of globalization — by making its main winners (multinational companies) pay more in taxes, instead of them paying less and less," Zucman said following Yellen's remarks Monday.

While Yellen didn't specify a preferred rate for the proposed global minimum tax, President Biden's recently released infrastructure proposal calls for hiking the minimum tax on U.S. multinational corporations to 21 percent — up from the current 10.5% level set by the GOP's 2017 tax law — and calculating the rate "on a country-by-country basis so it hits profits in tax havens."

In a paper published earlier this year, Zucman and two of his colleagues offered an example of how Biden's minimum corporate tax proposal would likely work:

In its simplest form, collecting the tax deficit of multinationals involves taxing the foreign earnings of U.S. multinationals at some minimum rate (21% in the case of Biden's proposal), with credits given to offset foreign taxes paid. For example, imagine that Apple books $10 billion in profits in Ireland — taxed in Ireland at 5% — and $3 billion in Jersey — taxed in Jersey at 0%. The United States would tax Apple's Irish income at 16% and Apple's Jersey income at 21%.

This policy does not violate any international treaty. It does not require the cooperation of tax havens. It doesn't even require new data: the necessary information exists.

Commentators in Ireland are already fretting about what the Biden administration's push for a global minimum tax could mean for the country's status as one of the world's most welcoming tax havens. Cliff Taylor of The Irish Times warned last week that "the Republic's 12.5% corporate tax rate is facing a new threat, with the United States signaling its support ... for a global minimum corporate tax rate."

"It remains to be seen what is passed by the U.S. Congress," Taylor wrote, referring to Biden's infrastructure plan, "but the implication is that if the bulk of this is passed, Ireland's 12.5% rate may no longer be a significant attraction for U.S. companies looking for where to invest."

In a report released Monday, experts at the Center on Budget and Policy Priorities argued that "reforming U.S. taxes on the foreign profits of U.S. multinationals would position the United States as a global leader in international taxation, which is especially important this year as OECD countries work toward a once-in-a-century global tax deal." More than 140 countries are taking part in the OECD talks, which began in 2017.

"Yellen has expressed a desire to engage 'robustly' in these negotiations, and Congress should support that effort," the report notes. "Moreover, reforming the international tax system would raise significant revenue to invest in infrastructure and workers, which is a far better way to strengthen the economy and support innovation than continuing to permit large-scale tax avoidance by multinationals that drain U.S. revenues and encourage multinationals to locate profits and investment offshore."