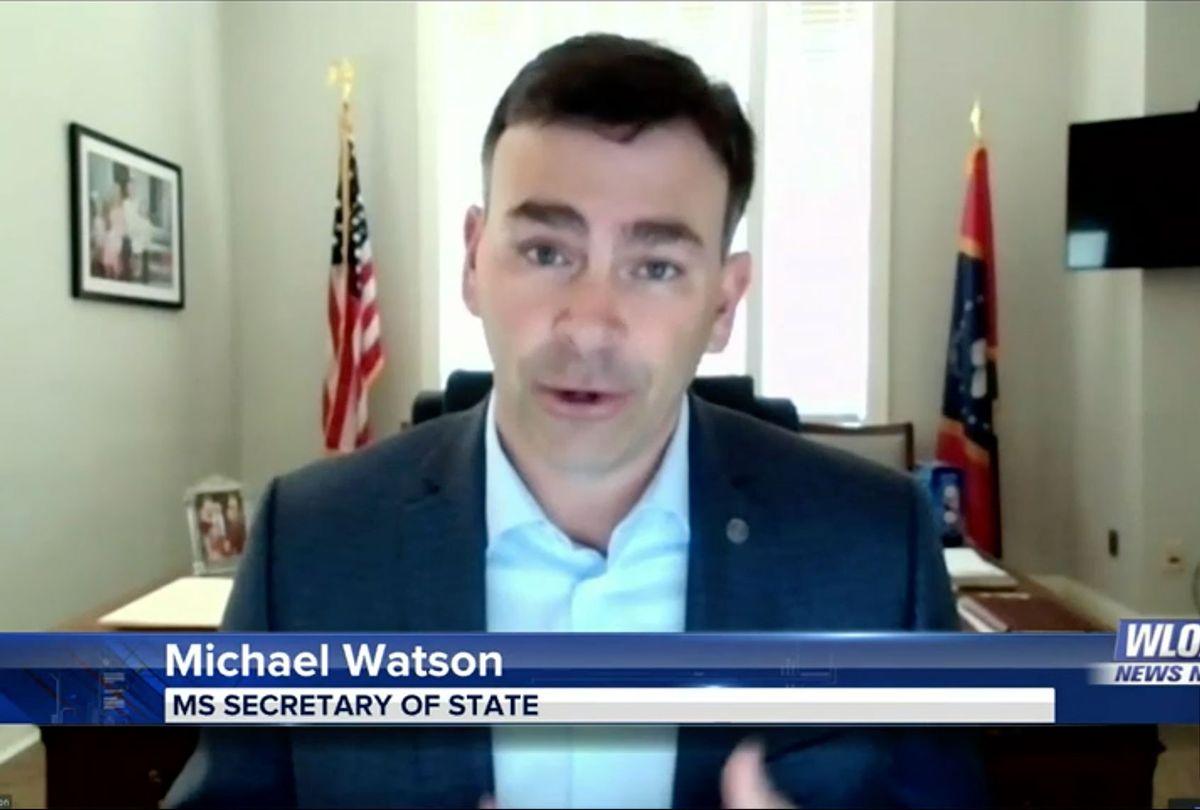 Watson said in a local TV interview last month that he was worried Biden's executive order to promote "access to voting" would somehow result in automatic voter registration of "uninformed" students and force them to cast ballots whether they want to or not. The order does not, and cannot, do any of those things. The comments went under the radar until they were flagged by the Mississippi Free Press on Tuesday.

Biden's March 7 executive order instructs federal agencies to find ways to "expand citizens' opportunities to register to vote" and evaluate ways they can "promote voter registration and voter participation," such as including information in agency materials and websites. It also instructs agencies to find ways to "provide access to voter registration services and vote-by-mail ballot applications" in their dealings with the public and to assist applicants who need help registering. It makes no mention of colleges or universities, nor automatic voter registration.

Watson falsely described the order as "basically employing all the federal agencies, universities and colleges to register as many folks as they can via this automatic voter registration."

"You've got an uninformed citizen who may not be prepared and ready to vote," he added. "Automatically, it's forced on them: 'Hey, go make a choice.' And our country's going to pay for those choices."

The comments came as Republicans in Mississippi and dozens of other states push hundreds of new voting restrictions in response to fictitious claims of election fraud by former President Donald Trump and his allies after he lost the 2020 race amid record turnout. Republican state legislators in Mississippi introduced registration that would expand voter-roll purges and limit voter registration opportunities, though those bills failed to pass before the legislative session ended this week.

Arekia Bennett, executive director of the voting advocacy group Mississippi Votes, warned that those efforts could "resurface at any time."

"It goes to show you that what happened in November when a record number of Mississippians, including Black or indigenous people who have been marginalized for centuries in this country, turned out to vote," Bennett told the Mississippi Free Press. "When this kind of thing happens, there's almost always an attempt to turn us back to the Jim Crow era and package it as something else."

Some states have explicitly targeted college students. New Hampshire Republicans, for example, have introduced bills that would bar students from using their college residence address to register to vote and ban them from using a college ID as a voter ID.

Sen. Cindy Hyde-Smith, R-Miss., has also described colleges as full of "a lot of liberal folks … who maybe we don't want to vote."

"Maybe we can make it just a little more difficult," she said during her 2018 campaign. "And I think that's a great idea."

The Free Press noted that Watson, during his 2019 campaign for secretary of state, claimed he wanted to make it "easier" for college students to vote even though he opposed a bipartisan bill that would have made it easier for students to apply for absentee ballots.

Though Republicans around the country have justified their voter restriction push by citing concerns about "election integrity," which are entirely the result of Republican falsehoods about Trump's election loss, a growing number of party members have acknowledged their aim is actually to prevent voting by certain people.

Arizona state Rep. John Kavanagh last month declared that "everybody shouldn't be voting" because some people are "totally uninformed on the issues."

"Quantity is important, but we have to look at the quality of votes, as well," he told CNN.

It's an argument that has increasingly echoed throughout the conservative media world, from Ben Shapiro to the National Review, which on Wednesday questioned whether the "republic would be better served by having fewer — but better — voters."

Michael Waldman, president of the Brennan Center for Justice at NYU Law School, argued that the "not very subtle context" is that the "quality" remark is code for white voters.

"These remarks have a long, very ugly history in America," he told the Washington Post. "When you say something like this, it's about race or class — not quality or election integrity."