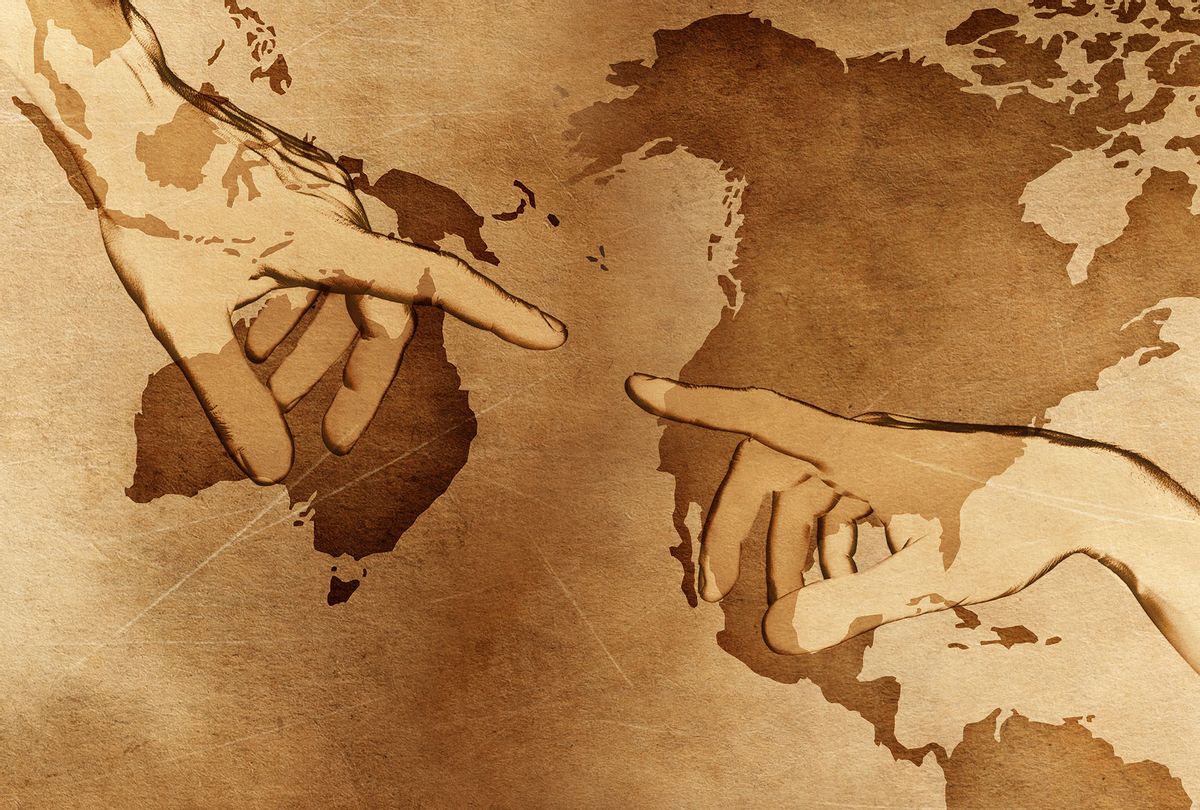 Humans truly are one big family.

An upcoming genetic study reveals that a number of Indigenous communities in South America share genetic ties with Indigenous communities from Australia, South Asia and Melanesia. This builds on the surprising discovery of genetic links between the two communities that was first published six years ago and contributes to a recent and ongoing paradigm shift in our understanding of how humans migrated to the Americas.

Perhaps just as significantly, the study allows scientists to peer into the past of the Americas prior to the horrors of European colonization — which, due to genocide, violence and forced resettlement, marred our ability to study human migration. As a pair of scholars who worked on the new study told Live Science, "Much of this history has unfortunately been erased by the colonization process, but genetics is an ally to unravel unrecorded histories and populations."

In a study that will be published in the issue Tuesday of the journal Proceedings of the National Academy of Sciences, researchers found genetic links between populations in Australia and the surrounding islands and the Karitiana and Suruí communities, which are indigenous to Brazil. More surprisingly, they found Australasian genetic connections in Indigenous groups on the South American Pacific Coast, including communities in the Peruvian region such as the Chotuna, the Sechura and the Narihuala tribes; among a group on the central Brazilian Plateau, the Xavánte community; and among the Guaraní Kaiowá community, a group in central west Brazil.

The study builds on research from 2015 that first hinted that both ancient and modern Indigenous people in the Amazon shared some genetic signatures as populations from Oceania, or the land regions of the southern Pacific Ocean. This news was regarded as significant because the regions are so geographically remote from each other.

So how did Australasian DNA end up in South America thousands of years ago? The genetic revelation might conjure images of an epic oceanic voyage from Polynesian islands to South America, Kon-Tiki style. Yet scientists believe the truth may be less dramatic.

"What likely happened is that some individuals from the extreme southeastern region of Asia, that later originated the Oceanic populations, migrated to northeast Asia, and there had some contact with ancient Siberian and Beringians," study co-lead Marcos Araújo Castro e Silva, of the University of São Paulo in Brazil, told Live Science.

Scientists have a number of theories as to how the first human beings came to the American continents. The evidence strongly suggests that there have been Indigenous populations in the Western Hemisphere for roughly 15,000 years, and perhaps even 20,000 years, although there is some evidence of people living on these continents as far back as 30,000 and 40,000 years ago. One theory that is popular among scientists — even as it is controversial among some Native American activists as simplistic and culturally biased — is that the Bering Strait, a body of water that separates Russia from Alaska, used to be a large land mass called Beringia that connected northern Asia with the tip of North America. These researchers believe that populations crossed Beringia, and may have even settled there for a period of time, before eventually migrating downward to the American continents. This seems to be consistent with the findings of the new study.

Along with his senior researcher and colleague, Professor Tábita Hünemeier, Araújo Castro e Silva explained to Live Science that the earliest inhabitants of the Americans likely "stuck to the Pacific coast due to their subsistence strategies and other cultural aspects adapted to life by the sea. For this reason, they would have at least initially only expanded through and settled the whole American Pacific coast from Alaska until southern Chile. In this context, the expansion to the Amazon, passing through the northern Andes, would have been a secondary movement."

Some Native Americans argue that the Bering Strait migration theory is based on outdated and offensive stereotypes about Indigenous communities.

"Dominant science believed in a concept of superiority," Alexander Ewen, a member of the Purepecha Nation and author of the "Encyclopedia of the American Indian in the Twentieth Century," told Voice of America in 2017. "And that created an idea that either people were genetically inferior or that there were stages of civilization, and Indians were at a lower stage." He argues that the idea that Native Americans' ancestors would have had to have crossed by way of what is now the Bering Strait is simplistic.

"In the first place, it's simplistic," Ewen explained. "The people in this hemisphere were — and are — extremely diverse, more than any other place in the world."