Why we're so tired after socializing now

After a year of social distancing, socializing is more exhausting than it used to be. Here's why 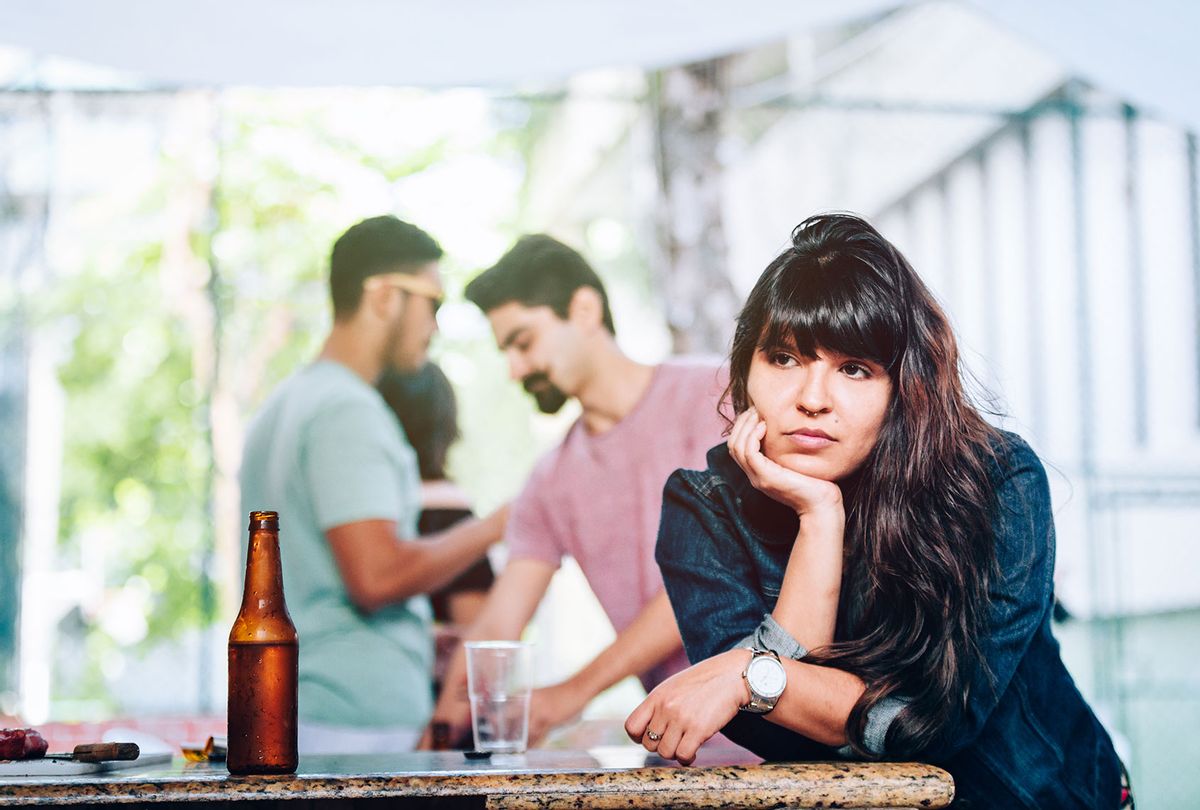 Since the beginning of the pandemic, 34-year-old Meaghan Tiernan has adhered to social distancing guidelines, which meant refraining from in-person socializing. But as restrictions are lifting in Oakland, California, she and her family had an informal, outdoor dinner with another family for the first time in over a year.

The experience, Tiernan said, was "exhausting."

Tiernan's family brought takeout over to the other family's house; over the course of two hours, their toddlers played together in the backyard, and they enjoyed the company of the other family. It was a fun night.

But when she returned home at 8pm, Tiernan went straight to bed. Tiernan said she felt unusually "depleted."

"Normally I would attribute my exhaustion to the fact that we were running around chasing my two-and-a-half-year old, but she was so entertained by our friend's daughter that we really didn't have to do any parenting that night," Tiernan said. "We both attributed it to the reactivation of socializing beyond the screen, because we haven't done it in such a long time."

Jenny Block, author of "Be That Unicorn: Find Your Magic, Live Your Truth, and Share Your Shine," recently had a busy social weekend for the first time. Immediately after she, her wife and friends were all fully vaccinated, they received a flood of invites for social events: a party Saturday night, a brunch Sunday morning, and an all-day pool party on Sunday afternoon.

"It was awesome, these are my favorite people," Block said. "But I'm not exaggerating when I say I was looking in the mirror going, 'OK, just two more parties Jenny, we can do two more parties."

Post-socializing fatigue isn't new. Before the pandemic, it was a common experience for many self-described introverts. Research estimates that social interactions extending beyond three hours can lead to fatigue later for some people, depending on the time spent socializing and intensity of the social engagement.

Yet anecdotally, this phenomenon seems to be more common now for everyone, not merely self-identified introverts. Both Tiernan and Block told Salon the fatigue they experienced was something they haven't felt before.

"I know it's COVID because time has become amorphous, and someone's suddenly pushing me on this time thing," Block said. "My brain almost exploded."

Salon's Mary Elizabeth Williams feels similarly. A self-described extrovert, she wrote of the struggle of late pandemic socializing in an essay published in late March, in which she described feeling as though her social skills had "regressed."

So what is going on?

Chris MacLeod, MSW and author of "The Social Skills Guidebook," said the feelings of fatigue and depletion are likely due to three factors. First, those who haven't been socializing during the pandemic aren't used to seeing people in person. For example, the experience of managing a group conversation bigger than what a person has experienced over the last year could cause someone to think harder in the moment, and thus take more energy.

There's also the problem of socialization anxiety. "If you're mildly nervous, or you're maybe not in touch with the fact that you're nervous, you might have that feeling of, 'oh I'm tired, I'm depleted, my batteries have run out,'" MacLeod said.

While many people think of anxiety as a mental state, there are physical components to it that can lead to fatigue.

"It makes you perspire, it raises your heart rate, raises your blood pressure, and all of those things are wearing on the body," social psychologist Julie Blackman said. "People are then carrying a lot more muscle tension in their bodies, and all of that takes a toll on our bodies and on how we feel."

Blackman agreed that nervousness and anxiety could be part of the reason people are reporting fatigue after socializing. Yet she pointed out that another reason is that social interaction has been "equated with danger" for the last year, and therefore people are more vigilant while socializing.

"Now that we can socialize a little more, when we're in that setting — the setting over the last year or so we've learned to worry about — that feeling doesn't just disappear," Blackman said. "We're sort of extra vigilant because we've learned to fear those interactions, and even now that they're allowed we're still afraid."

Blackman added: "We're all a little traumatized about social interactions."

Humans have a threshold, what Blackman and MacLeod, referred to as a "baseline" on how much social interaction a person can handle until feeling depleted. While this varies from person to person, far and few social interactions — or a lack of socializing in specific ways, like in a big group at a loud and packed restaurant — may cause your tolerance for social stimulation to shrink.

"I think it's qualitatively different because of the pandemic and because of fear associated with social interaction," Blackman said. "I think the whole notion of a baseline is different, it's shifted so that we tire sooner."

But don't expect this to last for too long. As fast as socializing became tiring, this tolerance can be built back up with more socializing.

"It's a little more like riding a bike," MacLeod said. "There'll be a temporary rustiness, but you'll shake it off and remember your old skills."

Understandably, some people may not want to immediately jump back into packed social schedules.

"I'm going to have to adjust, and I'm going to have to decide whether or not I want to go back to what was before," Block said. "Or gain what I can from this experience, and maybe have deeper better social interactions; I'm not very good at small talk. I mean I can do it. I'm really good at it, but I don't like it."