You'd think we'd be excited to be getting back out there. But it's not that simple. We've regressed 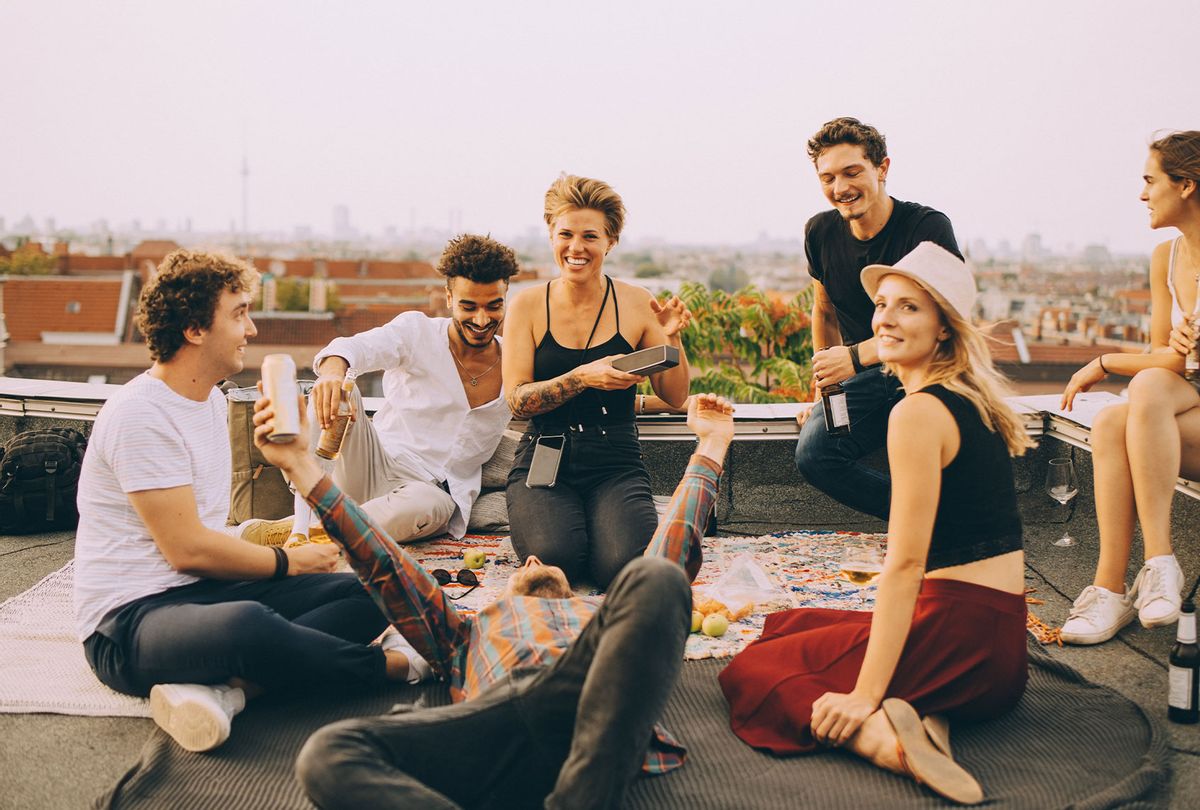 In the most simplistic, cliched and binary narrative of recent events, this would be the moment when the script flips. It would have it that we are all, always, one thing or the opposite. That on one side, the introverts all calmly adapted to quarantine life a year ago, devoting themselves to mediative baking and puzzle-doing. That on another, the extroverts have just been staring at the front door like puppies waiting to go for a walk, and that now our moment of rumspringa is close at hand.

But that's not how the world works. As a self-identified people person, I can promise that's absolutely not how being a full-fledged extrovert feels these days.

The past several years, perhaps in response to our aggressively shameless popular culture, there's been a rise in interest in and study of the less outgoing among us. Author Susan Cain's 2012 book "Quiet: The Power of Introverts in a World That Can't Stop Talking" read like a rallying cry (or at least muted hand-raising), a paradoxical demand for introvert visibility. When COVID-19 hit, we were quickly treated to a torrent of commentary about the half of the populace that has been preparing for this moment their whole lives. A July paper from the German Marshall Fund pondered whether we were approaching "the twilight of extroverts."

Yet as a September paper by Maryann Wei in Frontiers in Psychology noted, while "anecdotal evidence points to a common belief among the general public that introverts are faring better than their extraverted counterparts," emerging research suggests instead that "higher introversion was associated with higher loneliness, depression and anxiety experienced as a function of COVID-19-related circumstantial changes."

This mess has been cataclysmically rough on everybody, in ways most of us could never have imagined. Now, as the crocuses push through the soil, the Moderna flows into our arms and we slowly begin the process of re-entering the wider world, the sociable are finding their own sets of new challenges.

I was burned out on online socializing by (checks timeline) last April. I burst into grateful tears way back in August when I met up with friend for pizza in a parking lot. I am now entirely conditioned to flinch at proximity to strangers, and am pretty sure I've forgotten how to have a face-to-face conversation with anyone I didn't give birth to. I hate being cooped up; I'm anxious about going back out there. I've grudgingly adjusted my eyes to this era of darkness; I can't immediately just stroll casually in the sun. This moment has rewired all of us — in different ways, yes — but nobody's escaped unaffected.

"If we view extroverts as the gas-powered cars of our culture, they've always been used to having a station just around the corner to refuel," says TEDx speaker and clinical psychologist Michael Alcee. "The pandemic changed all that, leaving them stranded and confused about how to get their metaphorical cars up and running again. In contrast to introverts and ambiverts, who have been very accustomed to making adjustments in a culture that won't naturally supply them with their needs, extroverts have been forced to learn new skills and reckon with a very unsettling reality."

And, well, we're not exactly used to practicing our indoor voices. Speaking to the Huffington Post last fall, Laurie Helgoe, author of "Introvert Power: Why Your Inner Life Is Your Hidden Strength," explained, "there is research evidence that, while introverts can act like extroverts to adapt to situations ― think a work party ― it is harder for extroverts to act introverted. This makes sense — introverts have long been expected to be 'bilingual' in order to adapt to an extroverted society."

Psychotherapist and cohost of the Very Bad Therapy podcast Ben Fineman echoes these observations as well.

"Extroverts are not used to having their social needs limited by external restrictions. This has been a difficult adjustment for many," he says. And now, those shifting restrictions — and the fluctuating comfort levels of others — make for increasingly complicated boundaries. "The science behind socializing safety is still being determined," he added, "and extroverts who are eager to be in large groups of people are finding themselves occasionally frustrated by state safety regulations and the varying personal preferences of their inner circle." A more touchy-feely friend may be eager for a post-vaccine bear hug; someone else may not be quite so affectionate quite so fast.

Then there's the simple issue of just feeling off our game. As Salon's Nicole Karlis wrote earlier this year, "our lack of socializing is taking its toll on our social skills." If social skills are kind of your thing, that's been a tough identity shift. I'd never cut it in the diplomatic corps, but I've never been shy or at loss for words. Lately, though, I'll go for a rare, distanced walk in the park with a friend and struggle for conversation. The challenge right now for the talkative, pro-party types among us is painfully twofold: we are wildly out of practice and we, as a species, at a profound loss for words.

How do I make small talk in the laundry room with the person who lost their job? Lost their mom? How do I, with a straight (albeit masked) face ask the utterly ridiculous question, "How are you?" Or the even dumber, "What's new?" How do the amateur cheerleaders among us go forth in the world, when there is still not nearly enough to cheer about? I don't even know how to lob a "Seen any good movies lately?" at a friend yet; I'm a long way from raucous heart-to-hearts at the bar.

All this alone time may have taught us things our introspective friends already know. Pasadena therapist and coach John Sovec says, "For many extroverts, the challenge of quarantine has been real, leading to high levels of anxiety and depression as their usual channels of connection have been cut off."

But the good news, he adds, is that "the extroverts that I work with, including myself, are exploring the art of discernment as a means to weigh out the need for each interaction on their calendar, and learning that setting boundaries on their time can bring a newfound sense of ease and power into their day. By letting go of this 'constantly on the go' approach to life, many extroverts are actually discovering a richer, more purposeful life that is allowing them to enjoy and deepen their relationships and experiences."

I would still take my old lifestyle and outgoing demeanor over this slowed down, more thoughtful 2021 version of myself any day. I miss dressing up, canapés and talking to strangers like I miss not having sanitizer-chapped hands. I'm scared that none of this is like riding a bike at all. But I'm getting my second vaccine shot in the coming days. Despite all my fears and accelerated awkwardness, I'm excited, too, to maybe become again a close approximation to who I once was. A person who's learned that the silence is as meaningful as the noise. And one who is not distant. Just social.