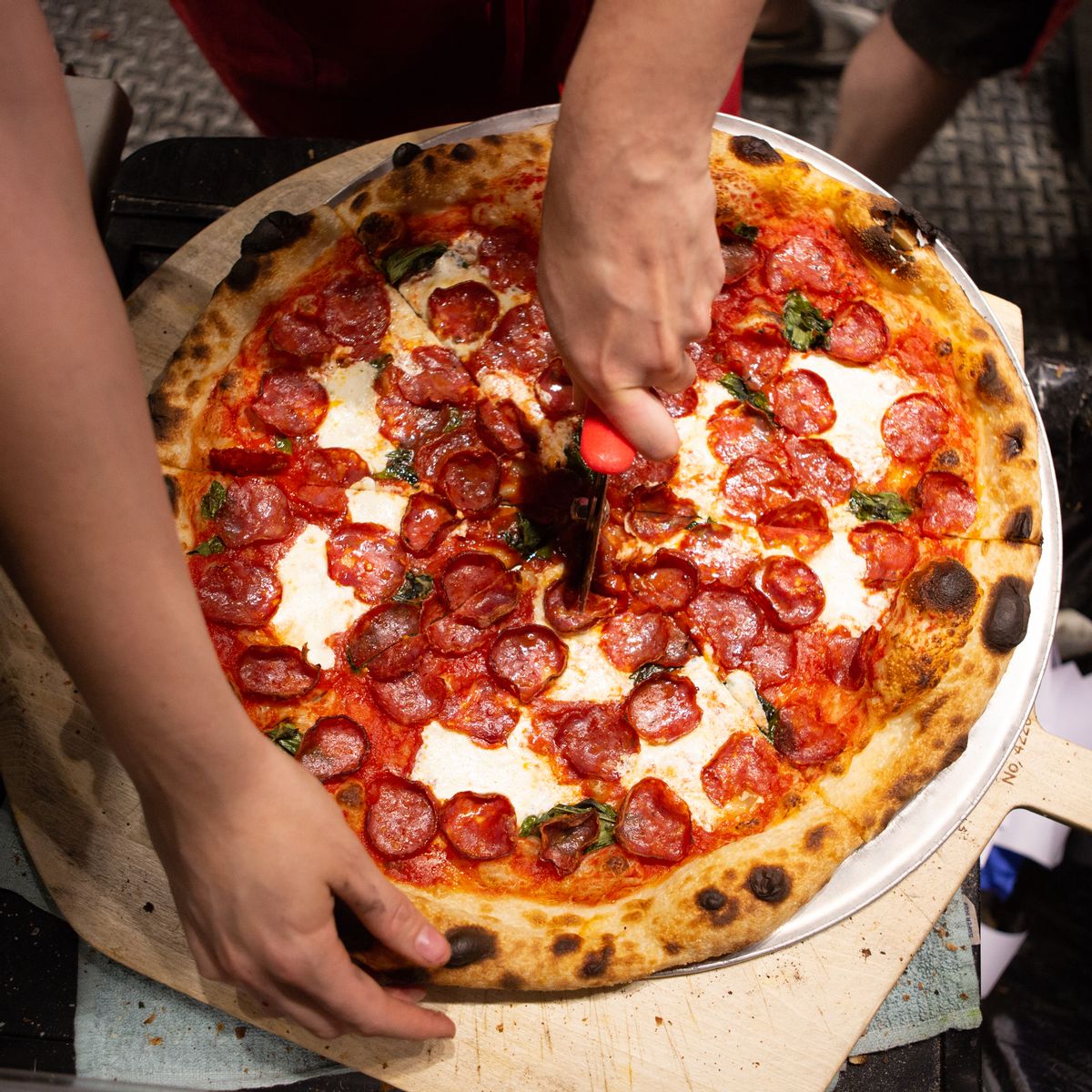 These days we're all making two week-long disaster grocery lists, and those include items we can use to bake our way through survival.

"What we lack in stability right now, we have in extra time," Salon's Ashlie Stevens notes. "While we may desire more certainty about the world around us, we can at least be nurtured by the belief that we'll be eating dinner at home tomorrow night.

Like those of us with substantially less experience in a kitchen, James Beard award-winning cookbook author Ken Forkish has found himself suddenly at home. The author of "Flour Water Salt Yeast: The Fundamentals of Artisan Bread and Pizza" has been forced to close his trio of restaurants in the Portland area. But Forkish knows one thing for sure: It's not the end.

RELATED: Everything you need to know to bake a quality loaf of bread at home, revealed

As he waits for the green light to reopen the doors at Ken's Artisan Pizza and Checkerboard Pizza, Forkish has turned to making pizza at home. And with the closure of local pizzerias around the country, many Americans are currently trying to do the same thing. And so Forkish sat down for a "Salon Talks" conversation — via remote, as Salon's New York studio is closed as well — to give us a crash course in at-home baking.

As he says, the two most important things you need to get started at home are good instruction and a belief in yourself. You can watch my full interview with Ken Forkish here, or read our conversation below.

All of the recipes in your James Beard award-winning book "Flour Water Salt Yeast: The Fundamentals of Artisan Bread and Pizza" yield two batches. You can save an extra batch of bread to make a handmade pizza crust. Your second book, "Elements of Pizza," is all about pizza. I just returned from my first trip to Italy, and I had never tasted pizza like that before.

Very. You talk about your trip to Naples in the book, as well as how it changed how you thought about pizza. I'd love to hear more about that experience.

It did. I mean it was a mano e mano lecture from a man who I greatly admire, Enzo Coccia from Pizzeria La Notizia in Naples. He's a man, he's got a big warm heart, and he's really intimidating until you get to know him. But I had approached pizza as another kind of bread. Even at Ken's Artisan Pizza — which at the point I went to Naples, we'd been open for eight years and were known nationwide, we always ended up on top-100 lists. But the trip to Italy definitely changed my point of view, and it was great. Enzo wanted to know who I was, so he knew how to speak with me. And he said, "Pizza's not the same as bread" like he's talking to a child.

Thank you for sharing that. We always have strong opinions of what city has the best pizza and the best style. For example, New York versus Chicago's deep dish. Do you have a personal favorite pizza?

Well, let's first talk pizza towns. In the U.S., New York — hands-down — was, is and always shall be number-one pizza city in the country. There's just no doubt about it.

First off, pizza in U.S. started in New York City and Northern New Jersey. And the history there, it goes back to basically when Neapolitans and Southern Italians fled Italy in the late 1800s, early 1900s. Numbers were like 5 or 6 million, especially in that period of time. I don't know what the population of the U.S. was, but if you add another 5 to 10% of the population of the U.S., that was the Italian immigration in that era, which is huge. And they were fleeing famine, so it was a survival thing for them. But they brought their food culture with them, and pizza was a big part of that. And then the pizza that they made was not exactly the pizza that they made in Naples, because the pizza in Naples was fried. It was dough that went into a fryer and was then topped.

Or it was calzone. The dough would be filled and then in the fryer. Or it was baked in wood-fired ovens. And in the U.S., the ovens they had available were bread ovens that were coal-fired, and they used those to make pizza. And then the American ingredients were probably American canned tomatoes or American fresh tomatoes. It's unsure when canning of tomatoes started in Italy. It might not have been until the 1920s, but the first pizzeria was Lombardi's, which was open in 1905.

You're talking about different pizza styles, and to me, it always goes back in the U.S. to New York. Because that's where pizza began, and it's been part of the New York culture. But remember that, even through the 1950s, pizza was an ethnic food. There weren't dollar slice joints or their equivalents in New York until, what, the '70s? And so it was really an ethnic food up until about 50 or 60 years ago, at which point it really started to blossom out there. New York is full of great pizzerias, and it has such great pizza culture. It will always be number one for me.

But one thing you make a point of saying is that once you get the basics of pizza making down, that you can make a pizza just as good as any takeout at home.

Yeah, I'll qualify that a little bit. When I was working on "The Elements of Pizza," which as a writer, I think was a better book than "Flour Water Salt Yeast." I'm criticizing myself here, but I really love that book. I loved working on it. Everything about it just really fell into place. What I was really excited about when I started making pizzas at home for the book was how good they were, and I thought that they were definitely better than any chain store pizza that you would ever get delivered to the home. It's also my personal taste. If you've got a really good pizzeria in the neighborhood with a commercial pizza oven, they're going to make a better pizza than you can. But what was really thrilling was how good you can make pizza at home.

You might see the wood-fired oven right behind me. You have options now, but I had to write the book for what can you do with a 500-degree or 550-degree oven at home. And I was really happy with all that I was able to do. If you use a good dough, and use good ingredients and good technique, you can get there. As with my bread books, time is a critical ingredient. Then if you have good instruction, that'll get you there.

And do you have a favorite flavor combination?

Both bread and pizza are two things that bring people together. You can break bread together, as the saying goes. Is that one of the reasons why you bake? Why do you bake?

There are a lot of reasons. One is I wanted a craft. I wanted to make something with my own hands — to transform something into something else that was cool. And the thing about bread baking that really appealed to me — and that was my first thing was to be a bread baker — was its connection to history. And bread baking goes back  — we don't really know how long — 6,000 years I thought when I was writing my first book. Now there's evidence from archeological digs that show evidence of baking that go back 10,000 years. It's a fundamental part of Western food culture, and I wanted to be a part of that.