Home alone: A New Year unlike any other, tinged with grief and loneliness — and hope

There's nothing special about the sadness I carry into 2021. Unless, just maybe, it makes me aware of yours too 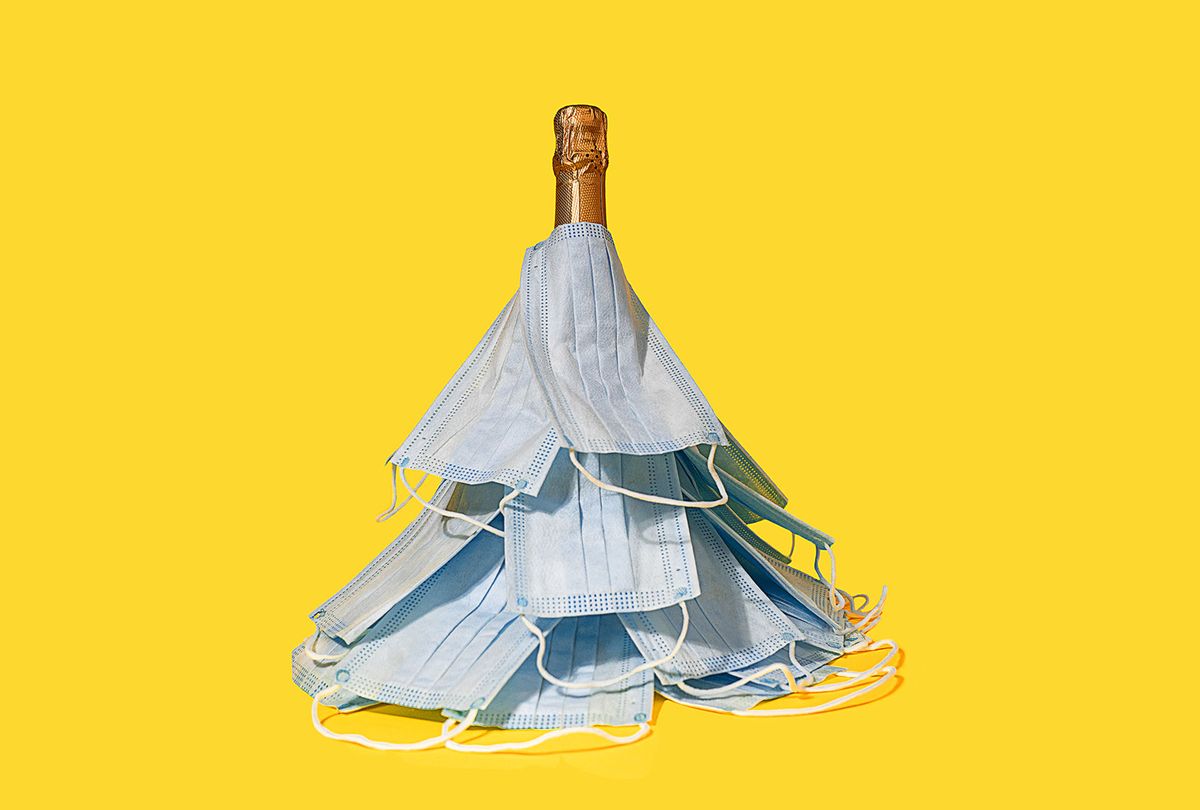 It's the unavoidable bromide of this deranged, solitary-confinement holiday season: The New Year can't possibly be as bad as the old one.

Not an unreasonable belief, and let's hope to Christ it's true. Unhappily, 2021 shows every sign of getting a whole lot worse before it gets better, and I don't think any of us understands how much damage has been done, or how long it will take to restore some semblance of normal existence. (Never mind the larger moral or existential question of whether the "normal" of a year or so ago was even remotely normal, or is worth restoring at all.)

I don't particularly want to talk about politics right now, but we can't get away from it, can we? Right away, in the first week of the New Year, we have two Senate runoff elections in Georgia that will supposedly prove "decisive" (spoiler: they will not), followed immediately by the poisonous spectacle of Republicans in Congress backing Donald Trump's last-ditch effort to reject the Electoral College votes. Or at least pretending to do that — maybe a few of those guys are actual Trumpian true believers, but Josh Hawley and Ted Cruz and most of the others are just shameless, cynical assholes, bathing in the Leader's oily residue and hoping to imbibe some of his magic.

I did not and do not hold out much hope for the Biden administration, which will finally and laboriously assume power on the 20th of this month. But whatever possibilities it might hypothetically have contained for a period of "healing" and "normalcy" — that word again! — have been systematically destroyed by the most dysfunctional presidential transition in American history. I can see no way to overstate this: We are not just talking about a uniquely toxic outgoing president (although that's true) or a political party whose agenda is now entirely destructive and anti-democratic (that's true too). We are talking about the greatest military and economic power in world history as a failed state. That's not Joe Biden's fault, and you have to feel some compassion for the guy. He strikes me as hopelessly ill-equipped for this scenario, but I don't claim to know who would do better.

On a personal level — well, first of all, there's nothing special or noteworthy about my own situation, except that I can perceive it reflected back at me in millions of other stories from people around the world. My mother is in her 90s, frail but reasonably healthy, and lives in a senior residence thousands of miles away. For obvious reasons, I haven't seen her since February, which is easily the longest we have ever gone in our entire lives without sitting together over cups of coffee or glasses of wine exchanging sardonic complaints about the world.

Even at an age she never expected to reach, my mom favors strong cappuccino and glasses of inky, almost black California zinfandel. No girly, sugary bullshit drinks for her. I once told her about a friend of mine who worked in a San Francisco restaurant where the backstage lingo for a decaf was "why bother," and the term for a decaf espresso was "why fucking bother." She threw back her head and brayed with loud, WASPy laughter — my mom is one of those people whose voice is so distinctive you can pick her out within seconds, in a room of 300 people. I should tell her that story now; in the big-picture sense, her memory is decent but there's no way she'll remember that one.

She and I are people of privilege — I don't dispute that for a second. Her residence is comfortable, by some standards even luxurious. It resembles a medium-upscale Wyndham resort where all the guests are over 75. The food ranges from OK to surprisingly good; the furnishings have an off-the-rack, quasi-Continental glamour suggestive of "The Grand Budapest Hotel." The people who work there are professional and caring; they genuinely like my mother, who is witty and on good days considerate and largely lucid (sardonic asides and all). She has herself told me that she lives exactly like the deposed ruler of some insignificant Balkan nation, whom the new regime has decided not to bother shooting.

None of that dispels the cloud of unnamable dread that travels around with me every waking moment of every day, and sometimes invades my dreams: I don't know whether I'll ever see her again. At her age, she could die tonight or next week or next month, and on her better deposed-ruler days she would tell you cheerfully that nobody ought to get terribly upset about that. Of course I feel vaguely guilty, because that's the currency of our age: So many people have suffered far worse. She doesn't have COVID — her residence has had no known cases — and she is eligible to be vaccinated within the next few weeks. She is just a brittle white lady, still herself, still my mom, but gradually slipping away in comfortable, torturous loneliness.

There's another layer to that persistent cloud of dread and sadness, but I don't want to say a whole lot about it right now. One of my closest friends, a high school classmate and longtime former roommate, has been hospitalized with COVID-related illness since before Thanksgiving. His prognosis is not good. A handful of people reading this will already know who this is: Among other things, a remarkable creative mind and enormous spirit, with a network of friends and collaborators that spans the globe. As all those people will agree, he should be famous. But that's an indictment of the world and the engines of celebrity and how we judge worth and value, not of him.

This guy rescued me once, almost literally, when we were young adults and my family situation had suddenly imploded. He has been a role model and mentor, a drunken late-night confidant and intellectual sparring partner. We mirrored each other sometimes and challenged each other sometimes, and I know we both believed we'd have more chances to do those things in the years ahead. We keep on thinking that stuff, right? Like a bunch of idiots. Until the time runs out, as we knew it would, and we stand there acting surprised.

On Christmas Eve, I watched "The Muppet Christmas Carol" with my two teenage kids, which we used to watch together during every Christmas of their childhood. It was an indulgence in early-onset nostalgia, sure, driven by the enforced togetherness of the pandemic year. (Another thing I have to be immeasurably grateful for.) In fairness, the movie is a faithful and loving adaptation, with numerous throwaway gags and lovely grace notes. When Kermit the Frog (as Bob Cratchit) tells his family around the Christmas table that "life is a series of meetings and partings," I pretty much lost it. That particular reality is redeemed in narrative terms — Scrooge repents and Tiny Tim doesn't die after all — but the observation stands, and we all know how the story ends in the long run.

My friend has underlying health conditions from an earlier illness that made him especially vulnerable to this virus. My mother is just very old, and basically had to be locked into her former-despot studio apartment while the plague raged outside. There is nothing unusual about their stories or their circumstances, not in the herd-immunity, failed-state Trumpian reality of the United States or anywhere else. I think that makes the sadness and loneliness of this new year easier to bear. There is no hierarchy of grief; we all share it. We are apart, yet connected. Life is a series of meetings and partings. We will be together again.